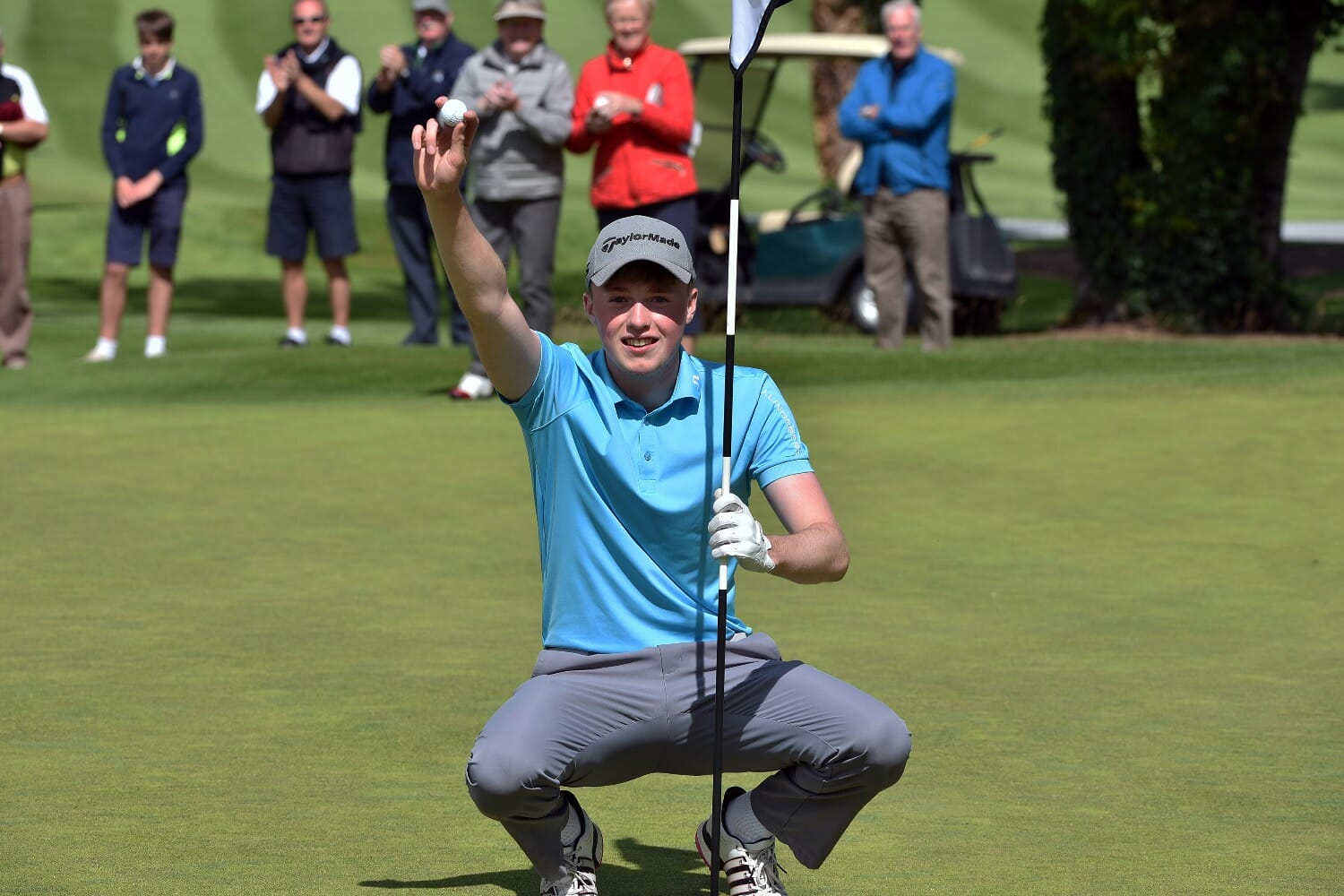 The 18th hole at Castletroy may have to be re-named after Mark Power holed out for eagle to claim a stunning victory at the end of a three-hole playoff with England’s Jack Cope to retain his Irish Boys title.

Power became the first player since Paul Dunne to win back-to-back Irish Boys Championships and he  wrote his name into the history books and left Limerick with the memory of a lifetime.

The circumstances were extraordinary. After closing with a final round 70, Power had moved level with England’s Jack Cope at the top of the leaderboard, meaning that a three-hole playoff was required to decide the destination of the trophy.

Returning to the 16th, Power struck the first blow with a birdie four. Cope found himself two behind having made bogey but immediately erased the deficit when he birdied 17. Power bogeyed and surrendered his advantage. Deadlocked playing the last, Cope was 15 feet from the pin as Power stood over his approach shot. Power’s odds were drifting but then he produced a shot in a million, holing out from 129 yards to seize the title before setting foot on the final green.