Honours even after day one at Vagliano Trophy 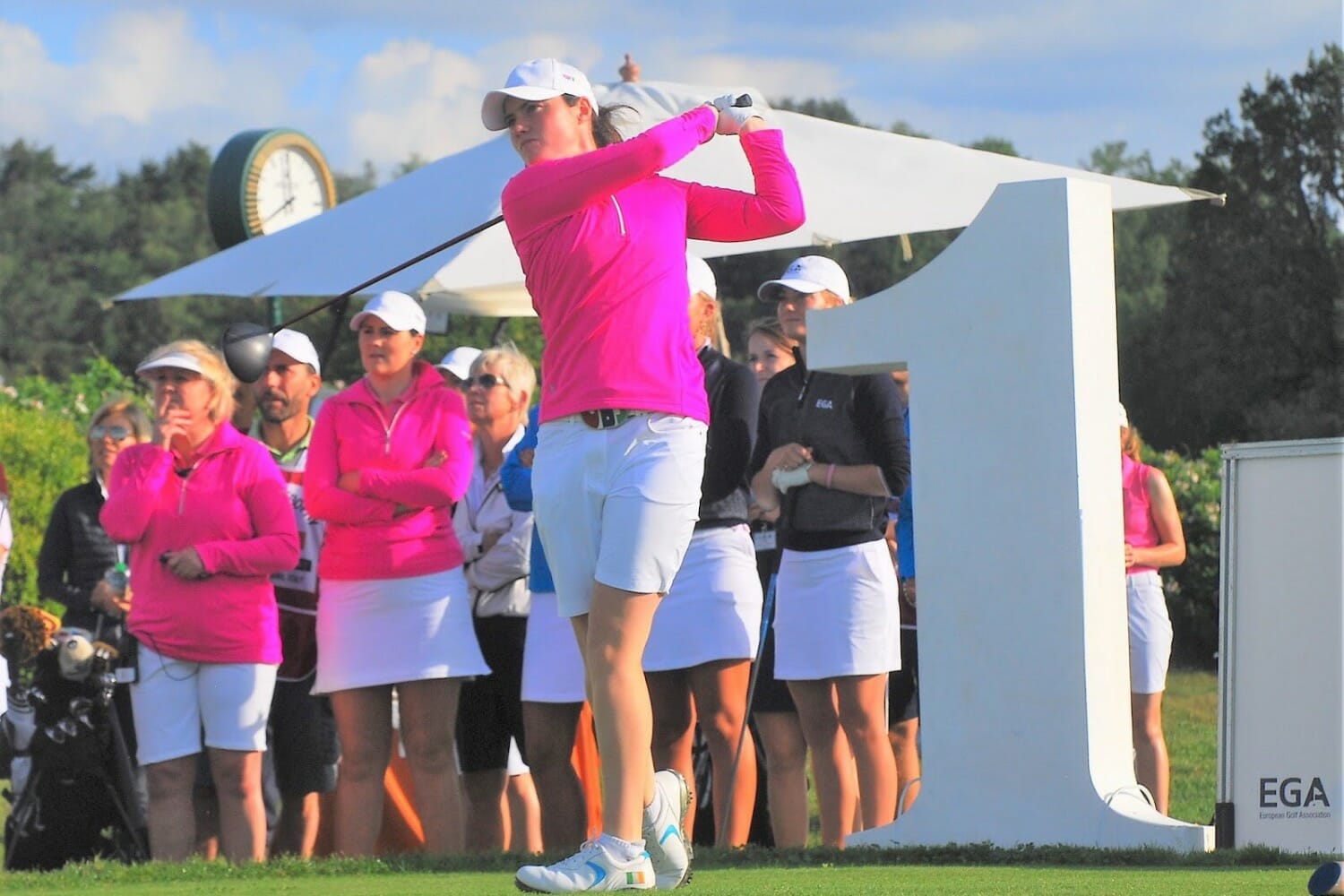 There were mixed fortunaes for the Irish players on day one of the Vagliano Trophy at Circolo Golf Bogogno in Italy.

The GB&I team are trying to stop Continental Europe from winning six in a row and as a team did well to keep the match all square after the opening foursomes.  They struggled to hold on and eventually finished 2-2 after the morning session with Leona Maguire and Olivia Mehaffey halving their match on the 18th while Maria Dunne and Annabel Wilson were beaten 7&6.

“Three of the four matches went to the 18th. So it was very tight and we played the better in the closing stages for Alice Hewson and India Clyburn to win their match and Gemma Clews and Sophie Lamb to win the 18th to get a halved match,” said Elaine Farquharson-Black, the GB and I team captain, commenting on the morning session.

“We played better after the turn that we did on the outward nine,” said Leona, whie Olivia commented that “We are round in about level par.”
Their Swedish opponents were two up at the turn, having won the 9th hole to double their narrow advantage. In a nerve-jangling finish to an absorbing tie, holes 10 to 16 inclusive were all halved. Then Maguire and Mehaffey won the 17th to get back on terms for the first time since very early in the match. The 18th was halved.

In the afternoon singles, again it was a bit of a mixed bag as Leona Maguire halved her match with Dewi Weber, Olivia Mehaffey won 1-up against Julia Engstrom with Maria Dunne also winning 2&1 against her opponent Elena Virginia Carta.  Unfortunatley Annabel Wilson slipped to a 3&2 defeat to Linnea Strom.

However a solid team performance sees the match moving into day two at 6-6 and it’s all to play for.