Tom McKibbin does the Ulster Under 16 Double 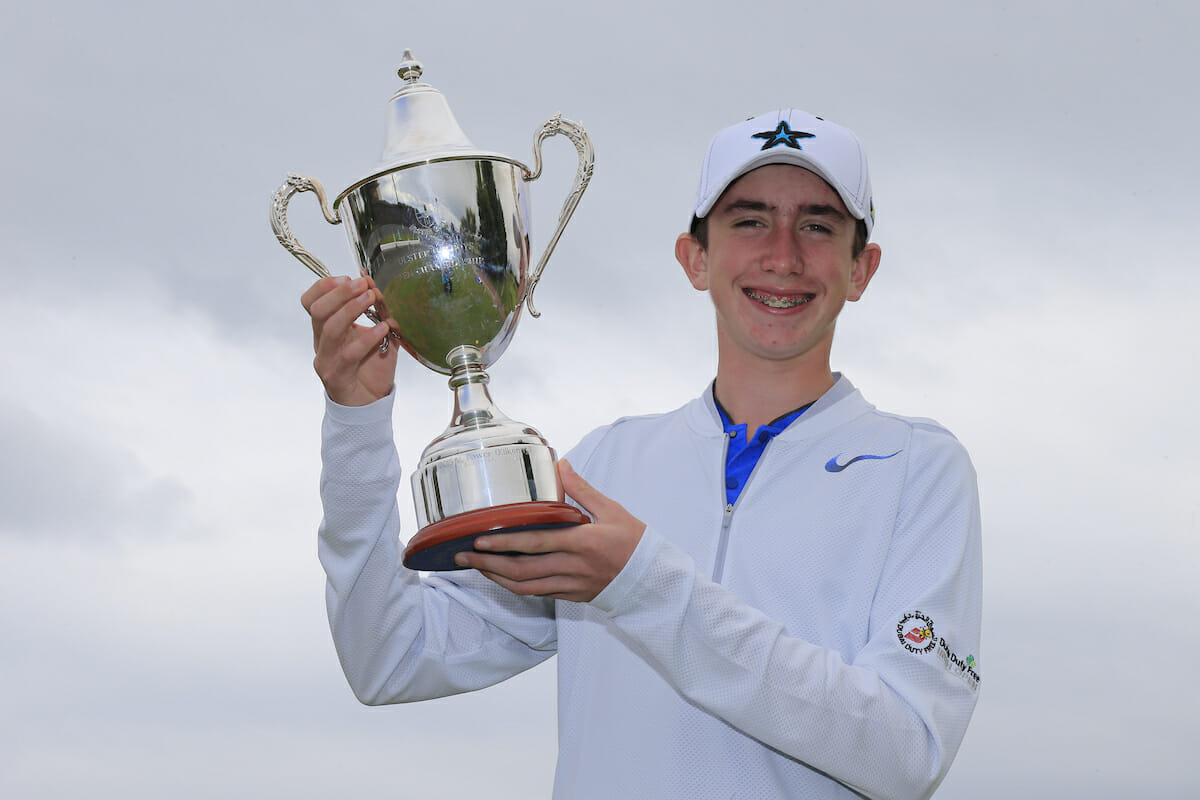 The Brewin Dolphin sponsored event supported by the Ards and North Down Borough Council took place on Thursday & Friday with the qualifying round on Thursday seeing 120 Boys battle it out for the top 45 qualifying spaces on Friday morning.  The qualifying day saw Jack Shellard (Lisburn) and Patrick Callaghan (Castle Dargan) both level going in to the Final round on even Par.  With a Shot Gun start scheduled for the Final Day of the Championship McKibbin was 3 shots off the lead.  As the wind and rain picked up pace so did McKibbins challenge for the title and he ended the day 1 under Par.

Sean Doyle (The Island) finished the Championship as a worthy runner up for the 2nd year in a row.  The prize for the Best U15 player went to Brandon St John (Portmarnock)  McKibbin can now add the Ulster U16 Open title to the Ulster U16 Close one that he claimed in April.