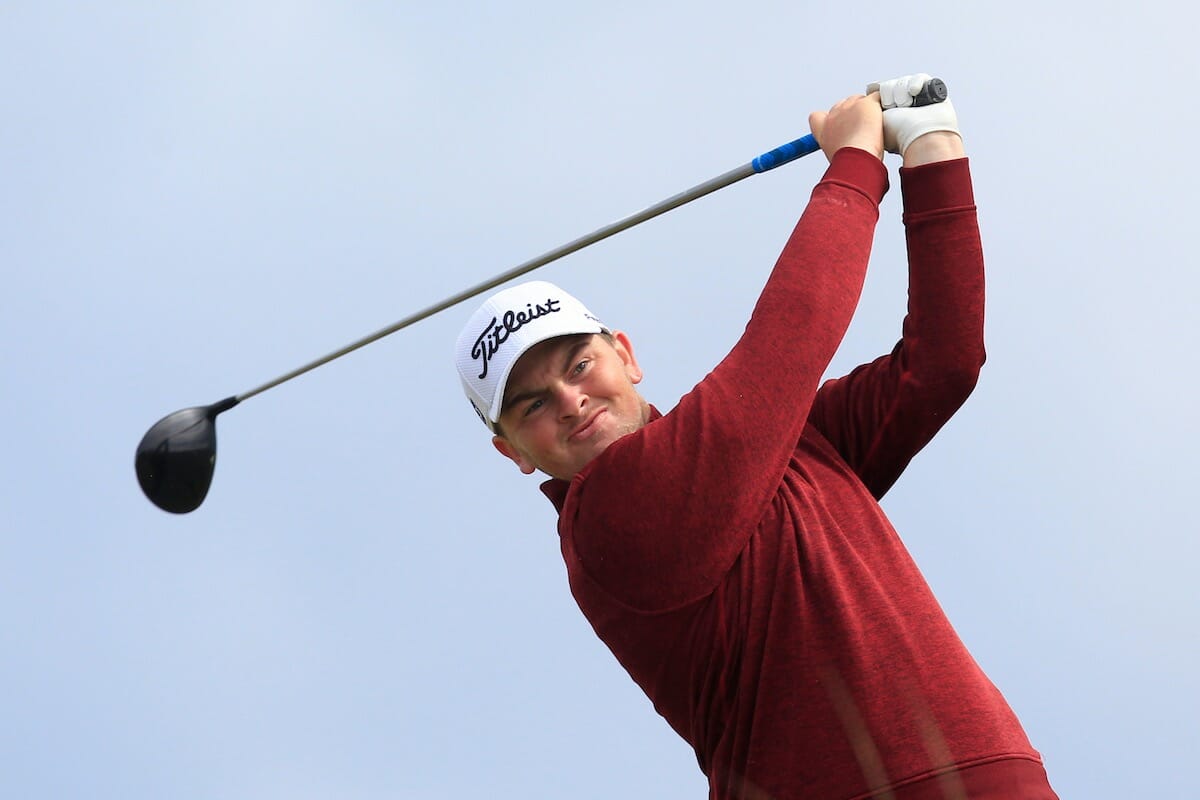 Dundalk’s Caolan Rafferty continued his fine form yesterday as he eased his way into the third round of The 122nd Amateur Championship with a comfortable 5&3 victory over David Ravetto at Royal St George’s.

The 25-year-old continued was full of confidence following his new course record setting 62 at Prince’s on Tuesday to progress through to the last 32. The Dundalk golfer, who finished tied seven in the recent Lytham Trophy, will now play Argentina’s Alejandro Tosti, who won his match by 3&1 against England’s Gian-Marco Petrozzi.

Rafferty said, “I was steady again. David didn’t play his best golf so par was a good enough score to win the match. We were both a bit scrappy at the start but I went  two up early and then just hit fairways and greens to keep it going. I didn’t give him a chance to get back into it.
“Setting the course record at Prince’s gave me that extra boost knowing my game is there. To take it into today was always going to be hard, especially after being on such a high. I just levelled myself out and thought it’s a new day, a new goal, a new start – match play is a funny old game.”

“Par golf isn’t a bad result around here so tomorrow is just another fresh start. You can’t dictate what the other player does. You have to just go and play your own game around the course. Playing the course is actually better sometimes than playing the player. Yes it helps if he’s in trouble to play a bit safer but I don’t get too bogged down in who I’m playing.”

Of the other Irish in the field, Paul McBride (The Island) had a 4&2 win over Oliver Gilbert of Sweden while Stuart Grehan (Tullamore) also won 4&2 in his match against Peter Melching from the Netherlands.