Stunning 62 for Rafferty who leads qualifiers at British Amateur 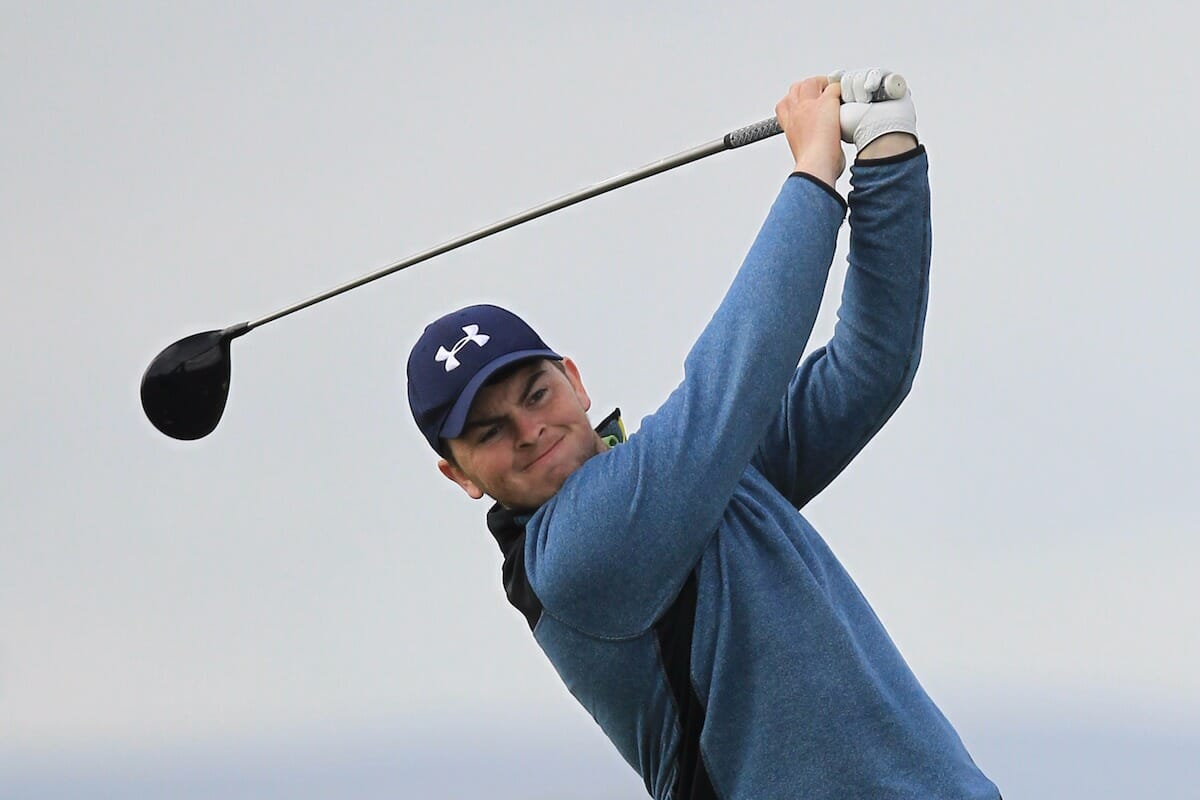 Caolan Rafferty led the way after the second stroke play qualifying round in The 122nd Amateur Championship at Royal St George’s and Prince’s today.

The 25-year-old Irishman carded a ten-under-par 62 to match Kevin McAlpine’s Amateur Championship qualifying score on the Old Course at St Andrews in 2004. Richard Finch posted the lowest qualifying score with a 61 at Pyle & Kenfig in 2002.

“The wind was up today but everyone knows back home that I love the wind and playing links golf in the wind suits me right down to the ground. It might be a bit of a graft when it comes to getting a score out of it but today I just kept hitting it to ten to 12 feet and I couldn’t miss it.” Said Rafferty

Rafferty, who finished tied seventh at the Lytham Trophy, eagled the par five 2nd hole and reached the turn in six-under-par before going on a run of five birdies in six holes from the 10th. A bogey at the last, after finding a bunker, left the Dundalk golfer on ten-under-par.
“It is nice to know that I am the leading qualifier in this field. The players are the best of the best. They are the closest thing to professionals that we are going to see. To come out on top is always nice.” He added.

“Match play is a funny game. You can play really poorly and win a match or you can play really well and lose a match. You just have to take it one step at a time in match play and not get down about it. I enjoy match play so I’m looking forward to it.”
Rafferty finished a shot clear of Italy’s Alberto Castagnara. The 20-year-old Italian carded a two-under-par round of 68 to finish on nine-under-par and secure his place in the match play stage which gets underway at the renowned Sandwich links tomorrow.
The cut for the championship fell on one-under-par with 77 players qualifying with Robin Dawson , Stuart Grehan Conor O Rourke and Sean Flanagan all into the round of 64 matchplay.

There will be a preliminary matchplay round in the morning with Conor Purcell, John Ross Galbraith and Paul McBride all in action trying to claim the last 13 spots for the first round.