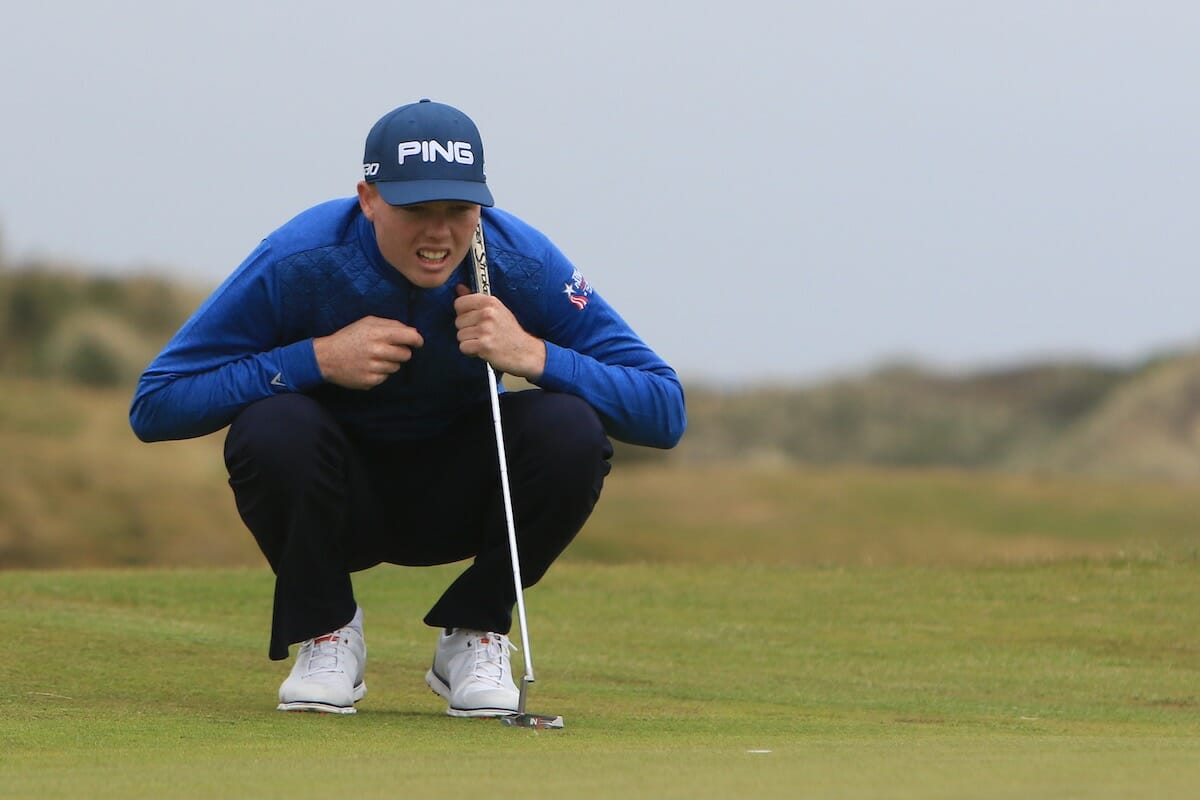 Iceland’s Gisli Sveinbergsson set a new scoring record in the British Amateur at Royal St. George’s and Prince’s yesterday as his 64 (-8) broke Paul Dunne’s record 65 which he set in Kent in 2013 and left him with a one shot lead over Alberto Castagnara of Italy.

Sveinbergsson, a 19-year-old student at Kent State University in Ohio, USA, put himself at six-under-par after scoring six birdies by the half way point. Holding his nerve, the 2014 Duke of York Trophy winner added two more birdies over the back nine at the 12th and 13th.

“I played well today. I felt comfortable but I’m looking ahead to tomorrow, trying to keep calm and staying focused,” said Sveinbergsson. “I was hitting some good shots and got off to a good start with two birdies, so that kept me going in cruise control. You don’t really feel it when you are playing well, you just keep going.”

“Royal St George’s is a challenge – it’s not an easy course. So I am going to have to keep calm there. Anything could happen tomorrow. I have just got to play golf and make it through.”

On breaking Dunne’s record Sveinbergsson commented, “It is always nice – he’s a great player and hopefully I can follow in his footsteps.”

Robin Dawson (Tramore) is best placed of the Irish players on -4 after a 68, with Stuart Grehan (Tullamore) on -3, Rowan Lester (Hermitage) & Paul McBride (The Island) on -1. Naas’ Conor O’Rourke is on level par alongside Caolan Rafferty (Dundalk) with John Ross Galbraith (Whitehead), Alex Gleeson (Castle) and Sean Flanagan (Co. Sligo) on +1.

The event is played over two rounds of stroke play (second round today) with the top 64 from the 288 competitors moving to the match play stages and as it stands the cut would fall somewhere around level par.

The ultimate reward for the overall winner is a place at the 146th Open Championship at Royal Birkdale and the 2018 US Open at Shinnecock Hills while traditionally the Amateur Champion is also invited to compete at The Masters.