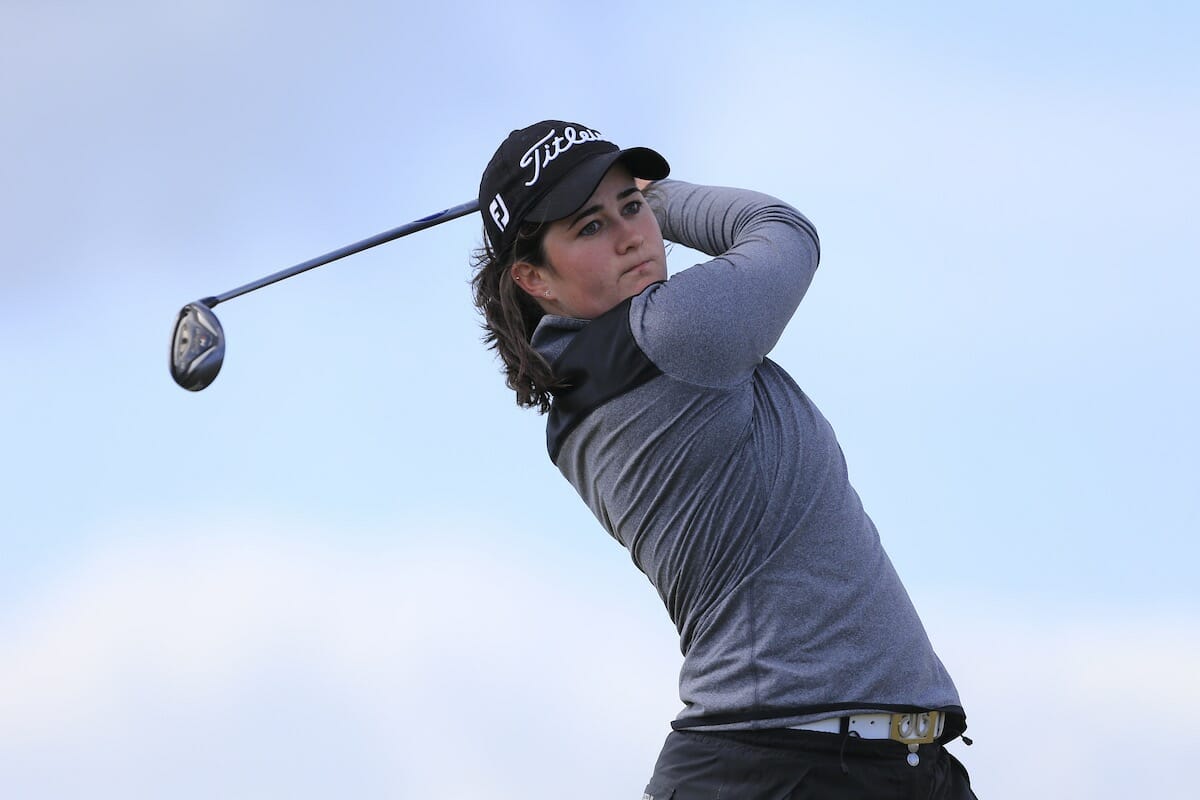 Paula Grant (Lisburn) was the leading qualifier today after the second round of stroke play at the Ladies British Amateur with five Irish players in all making the cut and moving forward to the match play stages.

Grant followed up her opening 70 with a 68 at Pyle & Kenfig to top the qualifiers with a -4 total score, finishing two shots ahead of her nearest challengers.

The Irish international, who won the Irish Women’s Close Championship at Ballybunion in 2013, recovered from two dropped shots early on to card two birdies and a superb eagle 3 on the 5th hole before reaching the turn. Three further birdies on the back nine ensured that Grant signed off for a round of 68, topping the leaderboard on a four-under-par total of 138.

“I wasn’t really going out there expecting to be leading after finishing the round so it was nice to come off there and be at the top.” Said Grant, ” I putted quite well today and holed a few nice putts to keep the momentum going when I was under pressure. The eagle on the fifth really kickstarted the round.”
“I want to see how far I can go in the match play. I feel confident and anything can happen when it’s match play. It’s good to shoot a couple of good scores going into the match play. I’ve started being a bit more aggressive in stroke play so I wouldn’t hope to change a whole lot going into the match play. I’m trying to stick to the game plan and go for it.”

Overnight leader, Sweden’s Linn Grant, had a difficult day as she returned a 75 to add to her opening 65 and slipped down the leaderboard.

Of the other Irish players taking part World #1 ranked amateur, Leona Maguire (Slieve Russell), had another good day and finished on level par to easily make the cut which fell at +7. Olivia Mehaffey (RCD Ladies) was on +2 to ease into the next stage along with Mairead Martin (Kanturk) +3 and Chloe Ryan (Castletroy) +5.

It was a difficult day for Maria Dunne unfortunately who had led the Irish challenge after day one but she struggled on day two and missed the cut alongside Lisa Maguire, Ciara Casey, Sinead Sexton and Valerie Clancy.