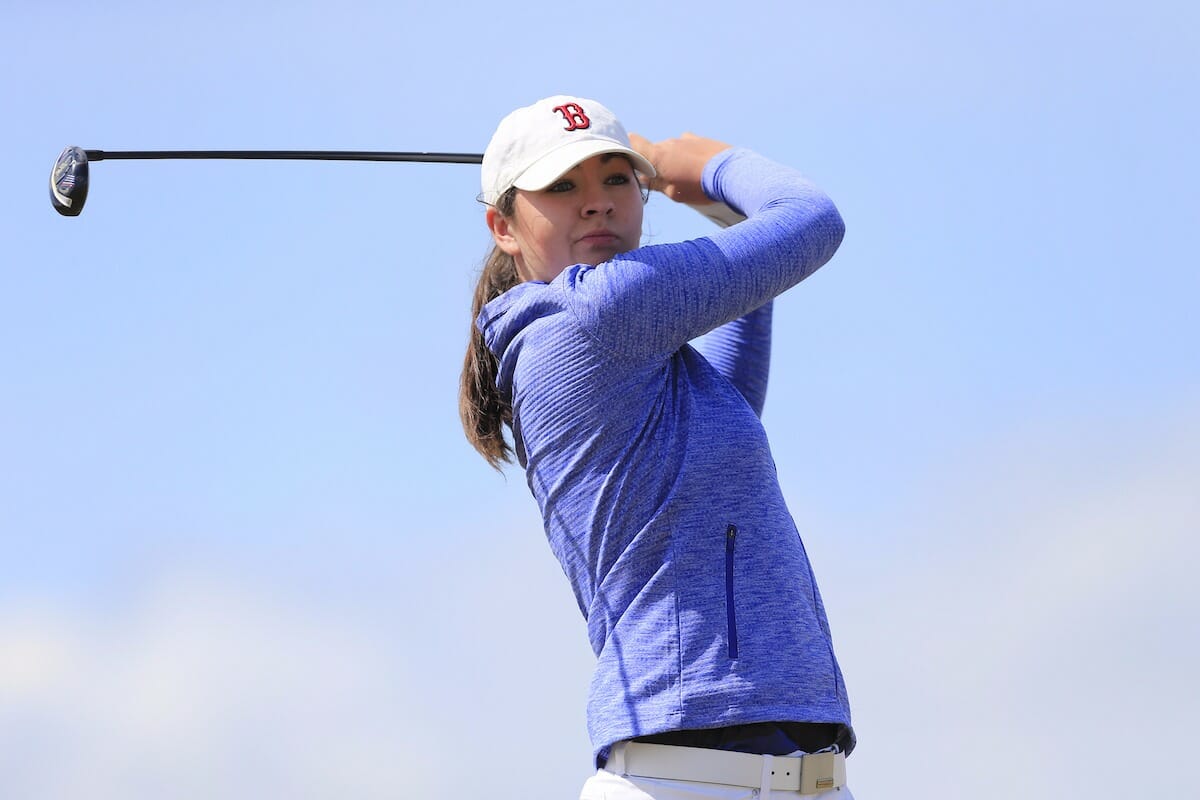 Ciara Casey won her first women’s championship at Moyola Park, and will be one of a handful of Irish players heading to St. Andrews for this week’s St. Rule Trophy.

A wonderful 2&1 win over Emma Forbes earned Ciara her first women’s championship win on the Irish circuit, and I’m sure there’ll be plenty more to come from the Dubliner.

36 holes on day one decided which 16 players would make it through to the Match-Play Stage on Monday and Tuesday. An early start for the first three ball made up of Ciara Casey, Lucy Simpson and Shannon Burke meant play got underway at 8am on Sunday morning.

The par 71 course was set-up to challenge the competitors and made scoring a little more difficult than usual. A +8 total from Lucy Simpson topping the leaderboard was an indication of just how tricky it was playing. Casey and 13 year-old, Beth Coulter (Kirkstown) lay a couple of shots back until the leading qualifier withdrew from the second stage of the championship, leaving Casey as top seed.

There weren’t many surprises on the opening day of the Match-Play sessions, with Casey, Forbes and Shannon Burke all cruising through. Shannon and Ciara then met in the semi-finals where Ciara had a resounding 5&4 victory over the Maynooth scholar.  Emma Forbes came out on top by a small margin in the other semi-final, which set-up a competitive battle for the afternoon.

Casey was named first reserve on this year’s Women’s European team and would’ve been favourite heading into the final match. Yet being the competitor everyone wants to beat can bring some high expectations, but Ciara handled the pressure brilliantly. On this evidence, it won’t be long before she adds to her maiden win.

The first 36 holes will be played at the par 75 New Course, with the final 18 being played out on the prestigious Old Course where will we find a winner. An established field will travel to Scotland for the tournament, with Sweden, America, Australia and Singapore all represented. In 2016, French player, Pauline Roussin-Bouchard won the tournament with a total score of 213. With an average score of 71 for the three days, over courses with par’s 75 and 76, the bar is set high for this year’s renewal.

Paula Grant, Ciara Casey, Shannon Burke, Sinead Sexton, Jessica Ross and myself will be the Irish representatives trying to reach that bar this week. Current Irish international, Paula Grant, will be teamed with Ciara and myself to make up Ireland’s Nations Cup team. The best two scores each round will count for the team event which was last won by Ireland in 2006.
The prestigious championship was set up in 1984 and past winners include Mellissa Reid, Catriona Matthew and Annika Sorenstam. Vagliano team member, Gemma Clews, past Curtis Cup player, Eilidh Briggs, and another top Scottish amateur, Hannah McKook, are likely to post some good scores for the championship. Hopefully they’ll be accompanied by some Irish names by week’s end.