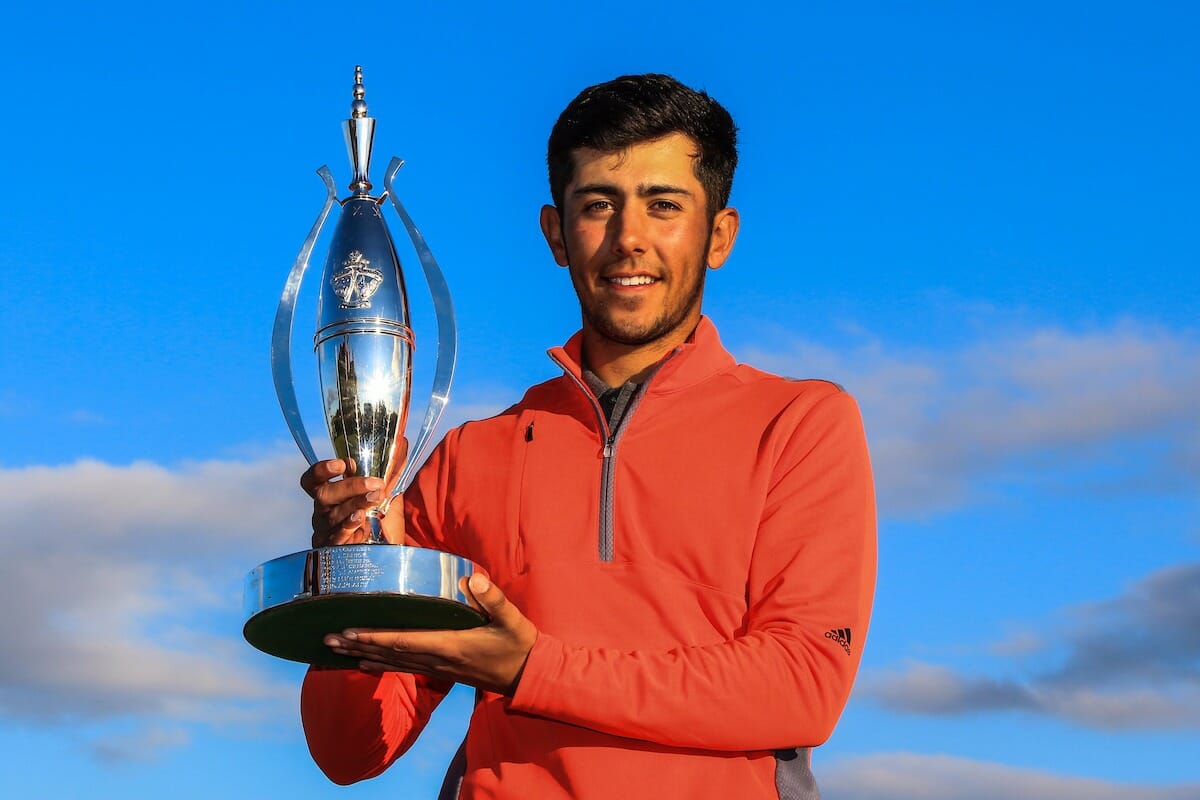 After the long 36-hole final day of the Lytham Trophy it was Jack Singh-Brar who lifted the trophy.

Singh-Brar finished 8-over and two shots in front of runner-up Charlie Strickland. After beginning the day tied for the lead Singh-Brar closed with rounds of 72-75 to take the lead alone in the third round before closing it out in the fourth round. His only birdie of the final round came on the 17th hole and it helped seal the deal.
The victory was Singh-Brar’s first major career amateur victory and it comes on the heels of four previous top finishes already this season.

Of the three Irish that made the cut it was Caolan Rafferty who finished the strongest of the trio. Rafferty finished an excellent week by adding finishing rounds of 75 and 73 to his opening efforts of 76 and 71 to finish seven behind winner Jack Singh Brar on 15-over par. Portmarnock’s Geoff Lenehan was 35th while Massereene’s Tiarnan McLarnon who was the only Irish international to make the cut finished in a tie for 40th.
The winner Jack Singh Brar is now set for Royal Co Down as he is to compete in the Flogas Irish Amateur Open, which begins on Thursday