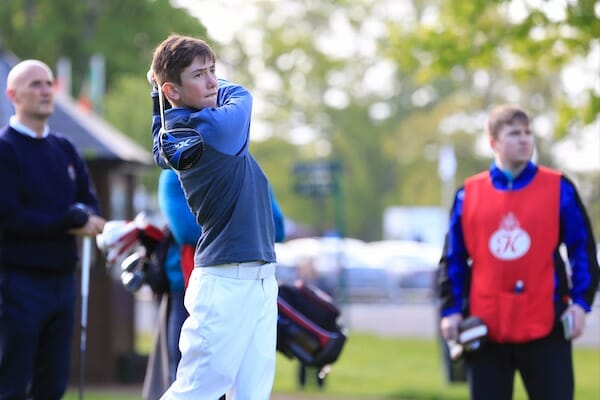 The Northern Ireland Amateur Open, sponsored by Specsavers Ballymena, has become one of the province’s standout amateur championships since its inception in 2009 and this year promises to attract another quality field, especially with the added incentive of competing against Europe’s leading professionals from August 10-13.

“Walker Cup player Cormac Sharvin won in 2012, Ireland internationals Reeve Whitson (2010) and Tiarnon McLarnon (2015) also feature on the roll of honour, while Ballymena’s current shining light, Dermot McElroy, won in 2013 and went on to finish tied ninth at the NI Open and finish as leading amateur.”

Former winners such as Sharvin and McElroy will return to Galgorm to compete as touring professionals, illustrating the role tournament golf at Galgorm plays in the development of Ireland’s young amateurs and professionals.

This year’s Northern Ireland Amateur Open will also guarantee a place in the NI Open for the leading under-18 player, courtesy of an invite from Modest! Golf, as they continue to provide playing opportunities for young amateurs just like they did by inviting teenage sensation Tom McKibbin to play in the 2016 NI Open.

Niall Horan, Director of Modest! Golf, said: “We are excited to be involved in the Northern Ireland Amateur Open and are delighted to extend an invitation to the leading under-18 competitor. These guys are the future stars of the game and we want to support this next generation of talent.”

Fellow Modest! Golf Director Mark McDonnell commented: “We hope this invitation to the leading under-18 player will encourage more applicants from this age group than ever before. It’s a great platform to test and improve their game and we must thank Galgorm Castle and the European Challenge Tour as always for supporting our values and vision.”

The prestigious 36-hole strokeplay event holds a key date in a busy summer schedule for the game’s elite amateurs. The Northern Ireland Amateur Open doesn’t clash with other championships and is expected to attract a strong field, not only for the chance to win but for the opportunity to compete in one of the best professional events on the European schedule.

Amateurs competing in the NI Open will also have the opportunity to earn ranking points in the Challenge Tour’s Road to Oman, but before that, all focus will be on becoming the 2017 Northern Ireland Amateur Open champion.

Entry forms can be downloaded at niopen.golf or galgormcastle.com. The closing date for entries is Monday July 3rd, 2017, entry is £35/€45 and includes lunch. For further information contact the Galgorm Castle Professional Shop on +44 (0) 28 2564 6161.