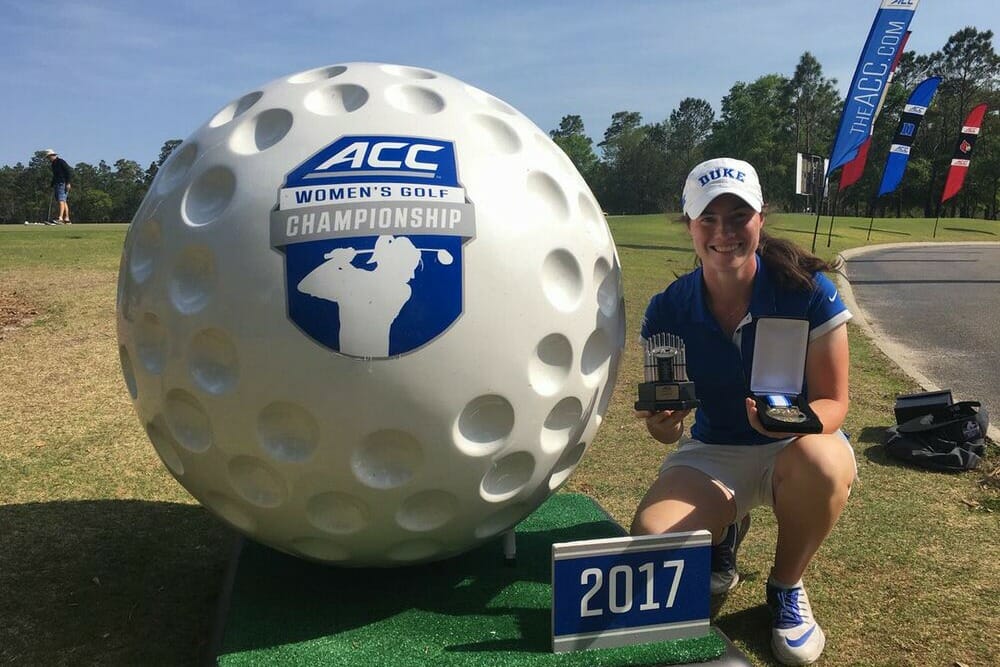 World amateur number one Leona Maguire’s great season continued yesterday evening as the Slieve Russel star closed out the ACC Championship individual title for the second time carding a final round two under par 70. The win was Maguire’s third win of the year.

Maguire has now claimed seven career collegiate titles moving her up to third in the list of all time winners from Duke University where she joins Amanda Blumenherst (3), Brittany Lang (2) and Jenny Chuasiriporn (2) as multiple ACC individual medal winners from the Blue Devils.
As a team, Duke registered rounds of 284, 286 and 289 over three days for an 859 total, which was nine strokes better than Florida State (868).  Miami (874), North Carolina (876) and Clemson (877) rounded out the top five teams.

“We knew that Florida State was going to push us until the end,” Maguire said. “When I came through the turn, I saw that we were just one stroke ahead, and then even. I knew it was going to take some solid rallies down the stretch, and give credit where credit is due, to all our girls. We fought until the very end and managed to pull away.”

The Blue Devils won the ACC Championship for the 19th time under head coach Dan Brooks and the 20th time overall.  It also marked the 16th time Duke has swept both the team and individual titles.  The championship is the first for the Blue Devils since the 2014 campaign. 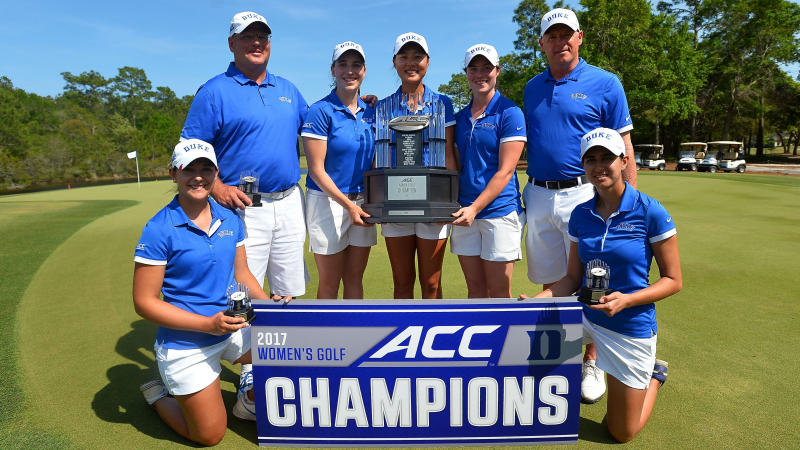