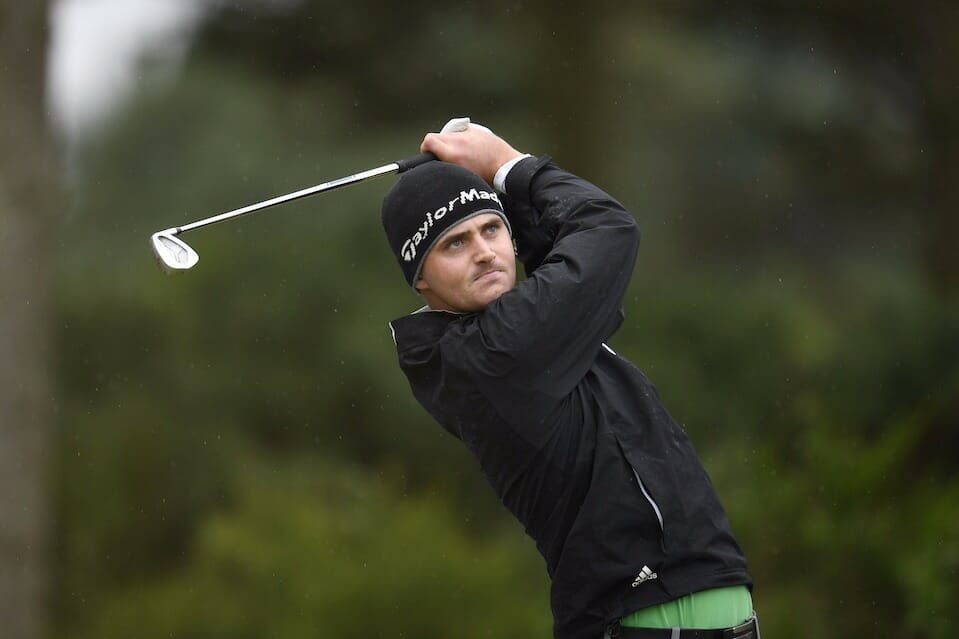 Naas Golf Clubs Conor O’Rourke stole the show with a stunning round of 66 on the opening day at the West of Ireland in Co Sligo.

O’Rourke birdied the last to take a two-shot lead at the halfway stage of stroke play qualifying. Dundalk’s Eoin Murphy was the early clubhouse leader after carding a 68 and he remained in front for most of the day. It was only when the last group cleared the final green that Murphy was eclipsed.
It was late afternoon when O’Rourke caught fire. Playing alongside fellow internationals Alex Gleeson and Tiarnan McLarnon, O’Rourke picked up five shots on the front nine. Another gain at the par-five 12th maintained the momentum although dropped shots at 14 and 17 threatened to take the sheen from his round.

Earlier, Murphy holed his second shot on 18 and that eagle capped a memorable round of 68. Having dropped two shots in his previous four holes, eagle was far from O’Rourke’s mind as he contemplated the last. Composed, he finished with birdie, his seventh of the round.
A winner twice last season, O’Rourke’s performance was something special on a day when just five players managed to break par. Murphy, who had to come through Wednesday’s qualifier to secure his place in the field, is alone in second. Ardee’s Evan Farrell birdied 15 and 16 to post 69 while Ted Collins and Andrew Hickey are one shot further back.

Whitehead international John Ross Galbraith is among a group of nine players at level par. David Brady is best of the home players after a 72 (T15). Defending champion Jonathan Yates bogeyed the last but a 73 leaves him well placed heading into round two.
Last year’s leading qualifier Sean Flanagan faces a struggle to make the cut – his opening 77 leaves him three shots outside the top 64. As things stand, 72 players are plus four or better.​
Click here for live scores