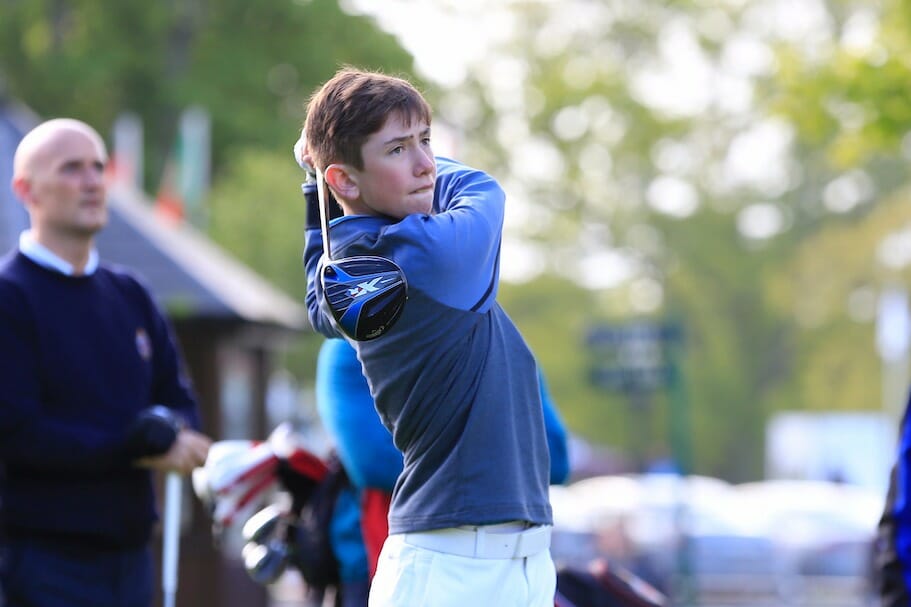 What a week it has been for Holywood’s Tom McKibbin.

On Tuesday the talented two handicapper won the Munster Boys Under 16 Championship with a very impressive 69 in his second round to finish on 141.  McKibbin was the only golfer in the field to break par on day two which sealed an impressive victory.
Fresh off the Munster success McKibbin today claimed The Ulster U16 Close Championship as he beat 6/4 Keaton Morrrison (Greenacres) in the final 6&4.

The finalists treated their parents and the other spectators as well as the GUI Officials to an exhibition of golf that would have graced any world stage. The two boys, who were also the top two qualifiers from the strokeplay qualifying stage of the Championship shared 7 birdies on the challenging Mussenden Links at Castlerock Golf Club, home of the qualifying stage of the 2019 North of Ireland Championship.

McKibbin started the final with birdies at the first 4 holes to take a 4 hole lead but Keaton Morrison struck back with a birdie of his own on 5 to reduce the lead to 3. Holes 6 to 8 were halved before Tom won the ninth with yet another birdie to turn four up. He wrapped up the title by winning the 13th hole chipping in from just off the green at the fourteenth hole for yet another birdie and a deserved victory.