Blistering sun and golf on show at Roganstown 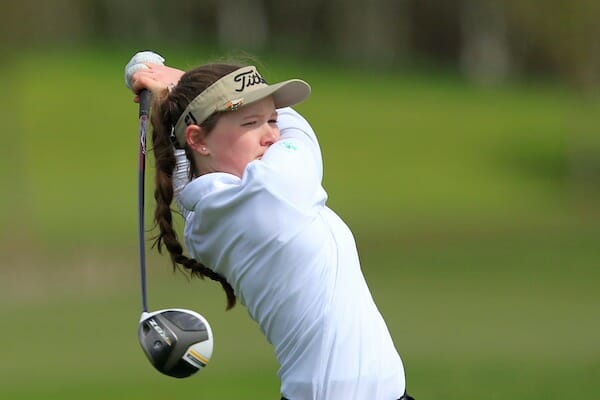 On a blistering day of sunshine and golf the cut at the Irish Girls U18 Strokeplay fell at +13.

Given the glorious weather which followed, it was expected for a short frost delay to start proceedings at Roganstown yesterday.  When play got underway it was the overseas players who shone the brightest at the North Dublin venue with overnight Irish leaders Valerie Clancy (Killarney) and Annabel Wilson (Lurgan) struggling on day two.

As the day unfolded, Clancy returned a six over par round of 77 which dropped her to T4th place on +4, three strokes off the current leader Lee-Anne Bramwell from Wales whose second round 70 tied the low score of the day. Wilson suffered a worse fate as she returned a 79 to slip to T11th on six over, but still only five shots behind.

Beth Coulson (Kirkistown Castle) also tied the low score of the day (70) and moved up to T8th place, just four shots off the lead while Mairead Martin (Kanturk) is T18th of eight over.
The final round gets underway today at 8am with the leaders off at 10:40am.