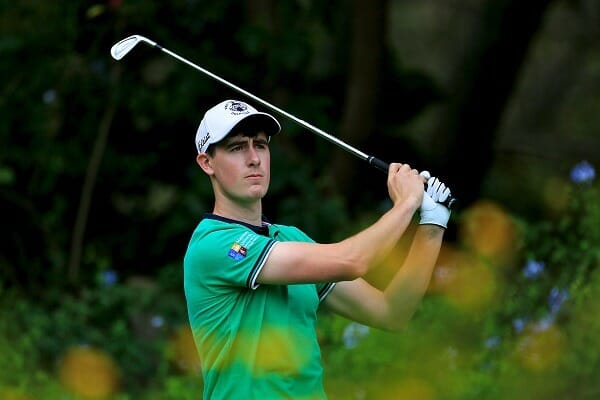 Aspiring Irish golf professionals will benefit from an ever increasing number of starts on the European Challenge Tour as part of the latest round of funding from Team Ireland Golf.

Team Ireland, which is funded by Sport Ireland and administered by The Confederation of Golf in Ireland (CGI), today announced that 12 aspiring golf professionals will benefit from grant-aid worth €94,500. Stephanie Meadow, a rising star on the LPGA Tour, has received a grant of €18,000 – the highest awarded in 2017.

Speaking about the announcement, Meadow said: “I am so thankful for the support I have received from Team Ireland Golf. They have always had my back through the highs and lows. They enable me to focus on golf and achieving my goals. I will be forever grateful.”

Newcomers such as Jack Hume, Dermot McElroy and Rory McNamara – in addition to their grant allocations – will benefit from the playing opportunities afforded to them by Team Ireland. Hume is guaranteed at least five starts on the Challenge Tour while McElroy has secured a minimum of three starts. Headfort star McNamara will have at least two starts.

More than €3.5 million has been provided to golf professionals since the Team Ireland Golf scheme was introduced in 1999 which aims to contribute to an increase in the presence of Irish golf professionals on the various international tours.
The total budget for Team Ireland Golf in 2017 is €200,000. The funding for the scheme is provided by Sport Ireland and the budget includes allocations for the GUI National Golf Academy and for the ILGU and GUI High Performance Managers, who work with the golfers on the scheme.

2015 Walker Cup teammates Gavin Moynihan and Cormac Sharvin retain their funding support for a second year while Ruaidhri McGee, Kevin Phelan and Reeve Whitson complete the Team Ireland lineup in 2017.
As part of the support package, all golfers can avail of the world class facilities at the GUI’s National Golf Academy. The golfers on the scheme also have free access to a network of service providers such as physiologists, sports psychologists, bio-mechanists, physiotherapists and doctors, all of which is coordinated by the Sport Ireland Institute at Abbotstown.
Minister for Transport, Tourism and Sport, Shane Ross TD, welcomed the allocation of the grants: “Throughout the last twelve months, Ireland’s golfers have continued to achieve success on the world stage and it is important that we continue to invest in our emerging golfing talent to sustain that success and maintain a strong presence on international tours. I want to pay tribute to all those involved in the scheme, including the Confederation of Golf in Ireland, the Golfing Union of Ireland, the Irish Ladies Golf Union and Sport Ireland, which assist golfers progress from the amateur to professional ranks.”

Minister of State for Tourism and Sport, Patrick O’Donovan TD, added: “Golf plays a significant role in Irish Sport and is also very significant from a tourism perspective. Events such as the 2016 Irish Open at The K-Club and the Irish Challenge at Mount Wolseley showed that golf continues to attract big numbers of visitors. From a sport perspective, Ireland’s professional golfers continue to fly the flag around the world and are excellent ambassadors for Ireland and Irish Sport. This grant will ensure that Ireland continues to produce golfing talent long into the future.”