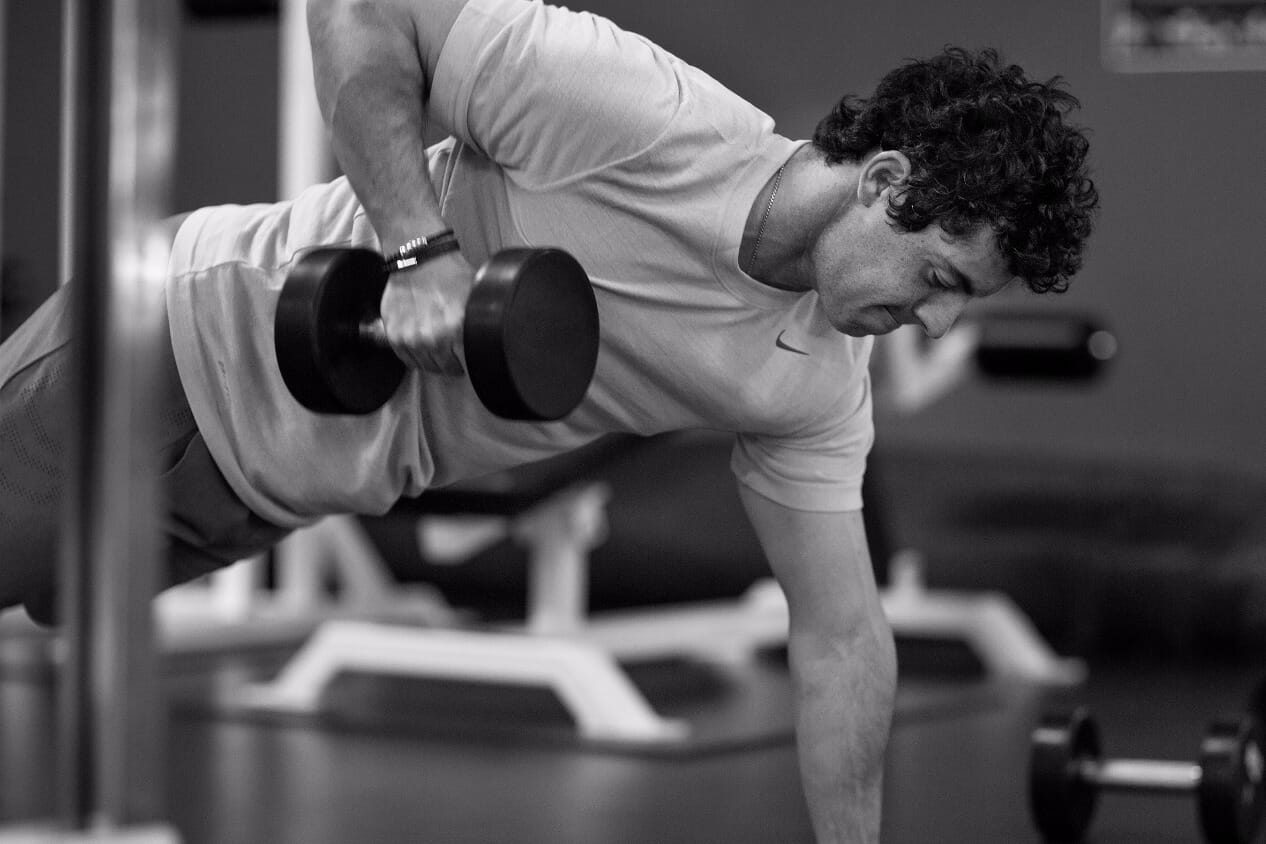 Rory McIlroy has transformed his game and body since working with Steve McGregor.

Less than five years ago Rory McIlroy could barely balance on one leg. His workout routine was limited to, as he put it, “not very much.” He simply didn’t have the muscle strength or stamina to sustain this simple move.
“I had huge amounts of mobility and flexibility — that’s never been my problem, but I couldn’t stand on one leg for more than 10 seconds. I couldn’t hold a plank for more than 30 seconds,” said the 25-year old McIlroy.
The weight of expectation on his then slender shoulders was immense. The sport was in search of a new hero after Tiger Woods’ fall from grace and McIlroy looked as if he had the raw ability to take his place.
Look at who I was and where I was as a golfer in 2010. I started training in September 2010 and look at me now. Since I started training I’ve won four majors and got to world number one. So it can only help.
Talent doesn’t, however, automatically ensure success and after McIlroy narrowly missed out on both The Open and the US PGA Championships, he went in search of the missing ingredient that could propel him from prodigy to master. Four years, 17 tour wins including four Majors, later and McIlroy has transformed his game and his body with the help of his team that includes coach Michael Bannon and exercise physiologist Dr. Steve McGregor. 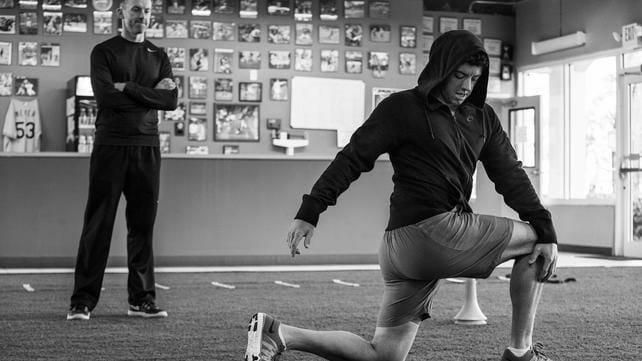 “Bringing Steve (McGregor) on board has been huge. The education that he’s given me about the body combined with his great background…I feel like I learn stuff off him every day,” said McIlroy. The training regime that began as a necessity to strengthen an ailing back has become an obsession for McIlroy.

McGregor has been working with McIlroy since late 2010, implementing a progressive program of stability, strength and power. That’s when the transformation began. Over the past five years the two have developed a close working relationship.

The pair related a story from the 2014 Open Championship that provides some context.
McIlroy was coming off of a rough practice round and wanted nothing more than to get into the gym to work off his frustration but he had already agreed with McGregor that he was going to limit training during the week of the tournament.

“So I made a deal with Steve that if I shot a 67 the next day I could work out,” said McIlroy.
His first-round score of 66 not only earned him entry to the gym, but set him up nicely for the rest of the week. He went on to win the Open Championship, his third Major tournament victory.
“Rory has come a long way for an individual who couldn’t stand on one leg,” said McGregor. “He’s doing some really high-end functional work, and that’s all credit to him.”
McIlroy says his love for training is grounded in a few motivations. 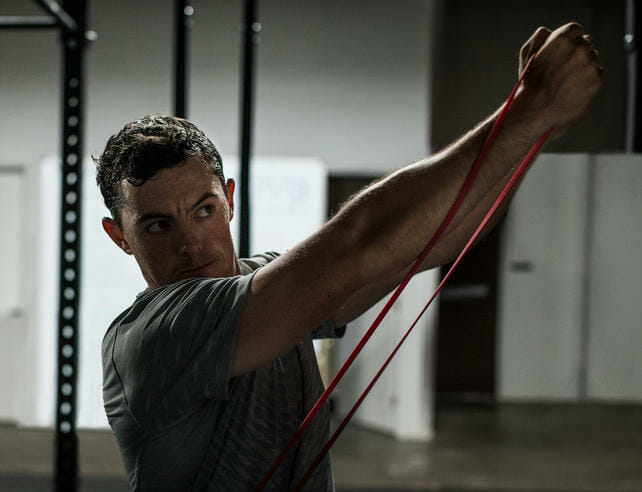 “If this can help me get an extra two or three years out of my career or help me get one shot a round…whether it’s because I’m more mentally focused, more fit or more confident,” he said. “I feel like getting in here gives me the best possible chance to go out on the golf course and perform to the best of my ability.”

McIlroy and McGregor have established a training regimen that varies McIlroy’s routine throughout the annual golf season, but rarely does he go too long without getting in a workout.
“I sometimes get questioned about the amount of stuff I do in the gym by golfers who wouldn’t know any better,” says McIlroy. “I just have to say, look at who I was and where I was as a golfer in 2010. I started training in September 2010 and look at me now. Since I started training I’ve won four majors and got to world number one. So it can only help.” 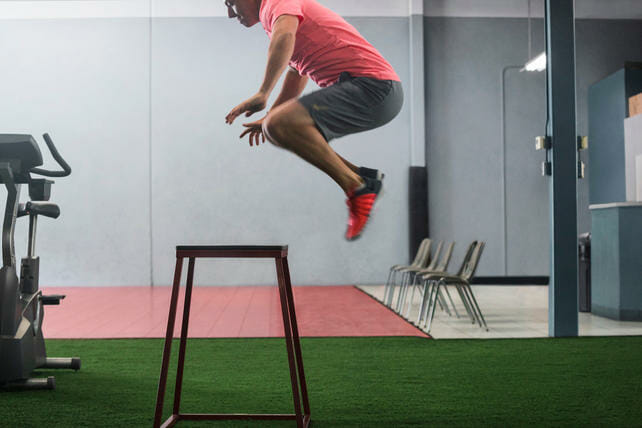 Do you like being in the gym?
I do. I think I’ve learned to love it. You start off and you hate it, you’re like, ‘Do I have to do this?’ but once you start to see results and you start to get stronger… I think that’s where the enjoyment comes from. It’s the challenge of getting better and when you notice that you are getting better, that’s when you start to enjoy it a bit more.

Performance is obviously the main thing that matters to you, but have you noticed physical changes too?
Yeah, it’s a bonus. It was never something that was a main objective. I don’t need to look like Anthony Joshua but if you do spend time in the gym and you do the right things and you eat well, it’s a by-product of it. It’s not like I’m trying to look good but it’s a nice bonus. If you compare the way I look now with how I looked in 2010, there’s a big difference.

Do you feel different?
Yes, I do feel different. My posture is better. I’m more stable in my core. I’m stronger in my legs. I can hold positions in the swing better. I wouldn’t say I went into the gym to try to find distance or length, but it has made my body movement much more consistent. And because I’m more consistent in my movements I’m less likely to get into bad habits.

Do you find you have more energy towards the end of a tournament?
I think I recover faster and that’s a big thing. I might feel a bit tired or my legs might get a bit heavy, particularly, say, at the Ryder Cup where you play 36 holes and walk 12 miles [in a day]. It’s more about education – so if I feel tired then it’s, “OK, what do I need to do?” I know I need to refuel, I need to get something into my body or wear compression socks… there are loads of things you can do. That’s why working with Steve has been such a benefit because he has educated me. And all this stuff I’ve picked up along the way means that he’s comfortable with leaving me alone for a couple of weeks and saying, “You know what you need to do”.

Do you give him feedback about how you’re feeling?
Definitely. I got into this because my back was bad so that’s something we’ve had to manage since we started. And there are a lot of things that are specific to me – I always want to be in [back] extension. Being in a hunched position, for me, is not good so I make sure I have good posture to engage my lower back.

Do you do much cardio training?
I like running. I can go and run a 5K in 20 minutes. I used to like the bike but because it puts you in a hunched-over position, I can’t do it any more – and running is better for me because it’s good for your posture. If I was going to do any sort of cardio at all, it would be a run. I could push myself to run a 10K but I don’t really need to – I’ve no ambition to run a marathon at any stage. But I enjoy going out and running a 5K, trying to set a decent time and pace. It’s a nice way to clear the head as well.

What does each workout look like?
If you’re doing a power phase you’re doing three sets of five reps or three reps, depending on the exercise. Lower-body workout is explosive so there are a couple of box jump variations in there. There are reverse lunges but with a weight overhead to work on shoulder stability. Maybe a 6-8kg weight just to stabilise the shoulder. Then there might be a barbell lateral lunge. Most of the time I’ll finish with a core circuit which is four exercises back to back. I’m in and out of the gym in an hour in the middle of the season. That’s when you want to minimise the time you’re in the gym to make sure you’re getting enough time on the golf course.

Steve McGregor
“Since I came in to work with Rory in 2010, I’ve extended the objective analysis by taking him into a laboratory and quantifying some things that maybe you can’t see on a video, putting numbers to the range of motion, identifying power information and analysing blood profiles.”
“The main outcome is that it allows Rory to practise as often as he can,” says McGregor. “That was what restricted us initially and once we addressed that it allowed him to do more technical practice. That’s what should allow him to become a better player and also give him longevity. As his training continued we focused on injury-proofing and increases in strength and power. That translates into other aspects that are important to him, which is greater shot distance and greater control of the club head.”

Here is a snapshot of McIlroy’s daily schedule he used for the two weeks leading into the Masters this season.