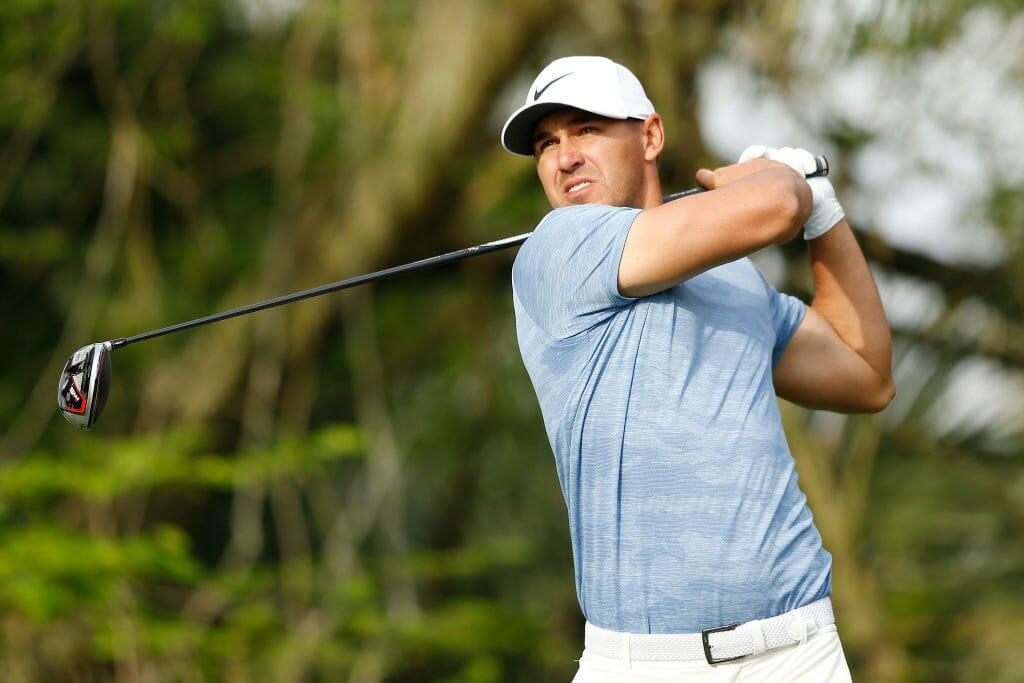 Patrick Reed the first reigning title holder to have his hopes dashed in 2019.

“Defending champions” do not have a long shelf life in golf’s major tournaments. In fact, the man who wears the crown is virtually guaranteed to topple into the also-ran category after enjoying twelve months of fame, glory and fortune from the previous year’s success.

Patrick Reed is the latest member of the “DC” brigade to step back into the shadows. The 2018 Green Jacket winner arrived in Augusta with hopes high, his game tuned up nicely, and looking to capitalize on the confidence gained by his elevation to the exclusive club of Masters Tournament winners.

Speaking to the media on the Tuesday of Masters week, Reed spoke of what it meant to him to arrive as the reigning champion.

“Knowing that I have to get the jacket back at the end of the week, it makes me more hungry and more motivated to keep the jacket and continue playing well and trying to win another one…. I position the jacket everywhere I go, so every time I wake up, I see it, and every time I come home and go to bed, I see it. I use it more as motivation.”

Unfortunately for Reed, the motivation and mojo was not enough. He trailed in at tied-36thplace and would have been out of town real quickly except for his obligation to place the famous jacket around the shoulders of the resurgent Tiger Woods, champion of 2019. One down, and just two champs left from last year, with just one major played this season.

Francesco Molinari, who had a real good go at adding The Masters to his maiden major victory in The Open Championship at Carnoustie last July, has already been discussing the challenge of retaining the Claret Jug. Molinari spoke at a tele-conference in early April to the assembled media at the recent R&A Media Day ahead of the historic return of The Open to Royal Portrush.

The pride of Italian golf and now a national hero for his Carnoustie feat, clearly had his mind on Augusta, but appreciates the scale of the task facing him over the renowned Dunluce Course at Portrush.

And that brings us to the muscle-bulging golfing powerhouse that is Brooks Koepka, holder of the US PGA and the US Open titles. Can he defy the odds and successfully defend either or both of these championships? The PGA is first up at Bethpage Black from May 16-19, followed by the US Open at Pebble Beach (June 13-16).

Koepka has form in the business of defending successfully, as he won the US Open at Erin Hills in 2017, and followed up by winning arguably the toughest championship of them all at Shinnecock Hills last year.

Here’s a quiz question: name the only golfer since the year 2000 to successfully retain the US Open Championship.

You might be tempted to say “Tiger Woods”, but you would be wrong. Koepka, not Tiger, is the only back-to-back US Open winner since the start of the 21stcentury.

That statistic illustrates the difficulty of winning successive majors, especially when so many players are well prepared, mentally, physically and technically for the challenges presented by the premier tournaments.

I’m going to stick my neck out and hereby tip Koepka and Molinari NOT to successfully defend their titles, but I wouldn’t bet too much against Tiger adding at least one to his awesome tally of 15 majors.