After last week’s Academy Awards, we wondered what golf’s version might’ve looked like after 12 months of fairway antics.

Best Film – Mollywood
The Mollywood Foreign Press couldn’t get enough of Francesco Molinari and Tommy Fleetwood’s blossoming partnership in September’s Ryder Cup rom-com that saw the pair wake-up the morning after the night before sharing a bed with the gold trophy glowing between them. And now The Golfing Academy has followed suit, recognising a duo that won 27 holes and four points for Europe whilst tugging at the heart strings of golf fans around the world in their ground-breaking tale of two male swingers finding each other on a sunlit French fairway at Le Golf National.

Best Actor in a Foreign Film – Sergio Garcia
Albeit a late entry to the category, Sergio’s performance in ‘Tormenta de Arena’ or‘Sandstorm’ last month caught the world’s attention as he brought the frustrations of a golfer to life with an explosion in a Saudi bunker. Garcia’s venomous portrayal of a crazed, club swinging sociopath was said to be so believable that the European Tour disqualified him from the rest of the tournament, with the Spaniard crediting his love of bull-fighting and his empathy towards the plight of the loco toro for inspiring the character behind the short film.
What’s even more remarkable is that Sergio tore up the script for his award-winning scene, blasting out the most credible improvised lines since Robin Williams played the genie in Disney’s Aladdin.
“The mother who gave birth to you! F******! F***! F****** caddies who don’t know how to rake bunkers. Stick it up your arse, the whole lot of you,” he said in his acceptance speech while holding his Oscar aloft. 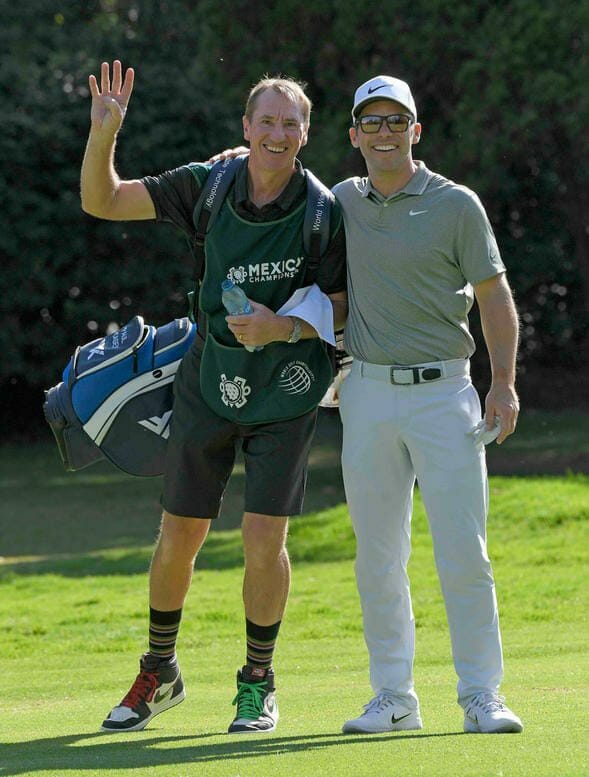 Actor in a supporting role – John “Long Socks” McLaren
Another man to enter the fray at the final hour was Paul Casey’s caddie, John McLaren who took the supporting gong for his comedic depiction of a confused caddie in desperate need of guidance himself. “Long Socks” was short on answers during the final round of the WGC-Mexico when Casey’s yardages failed to compute. With both men at a loss, it soon came to light that McLaren was reading out pin positions for the wrong tournament – the Puerto Rico Open – that was taking place concurrently as the leading duo laughed off the error to critical acclaim.
It’s a big win for McLaren, who credited previous winner, JP Fitzgerald for lighting a fire under him:
“I was just happy to be nominated,” said a shocked McLaren, “and when I think back to JP’s win for his role in ‘What’s the Story Rory?’, a film where he reminded McIlroy who he was at the 2016 Open Championship, I still can’t believe I’m here. For JP to convince McIlroy at five-over through six holes on day one to turn things around and finish 4thwas like something out of the Bourne Identity. I mean, that takes real acting. If I reminded Paul Casey who he was mid-round the results wouldn’t bear thinking about!”

Costume Design – John Daly
Tiger wore red, and Stenson wore blue, and Rickie wore orange and we all know nothing rhymes with that so onto the winner, John Daly. In truth, there was only one man in the running given Daly’s Wily Wonka of a wardrobe but his St. Louis Cardinals jacket that he wore to the 2018 PGA Championship champions’ dinner might just take the biscuit. Turns out the jacket had pants to match, but Long John saved them for Thursday’s opening round where he shot 73.
“Every time I took my address, I thought I was staring at the carpet of a Las Vegas casino, and we all know there’s no escaping those,” he reflected. 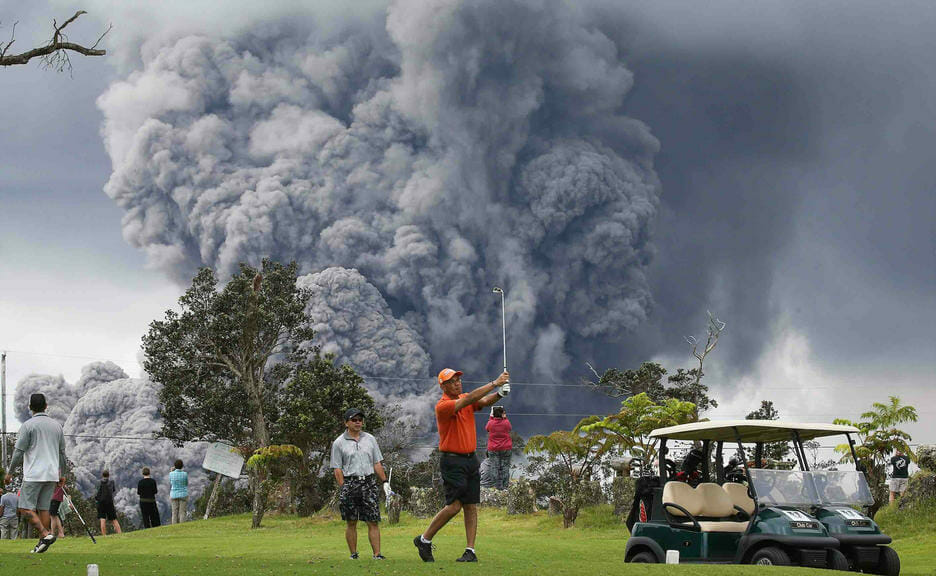 Image from Getty Images
Visual Effects – Volcano Golf Club – Hawaii
With Paul McGinley’s hair and Tony Finau’s Masters’ par-3 comp ankle dislocation also in the mix, this was a hot category and how apt then that the ash plumes of Kilauea volcano should rise above the others for the win. Golfers at Volcano Golf & Country Club on Hawaii’s Big Island showed no fear despite a Pompeii-esque disaster looming behind them.
Imagine that swing encased in molten rock for all eternity? Brave isn’t the word!