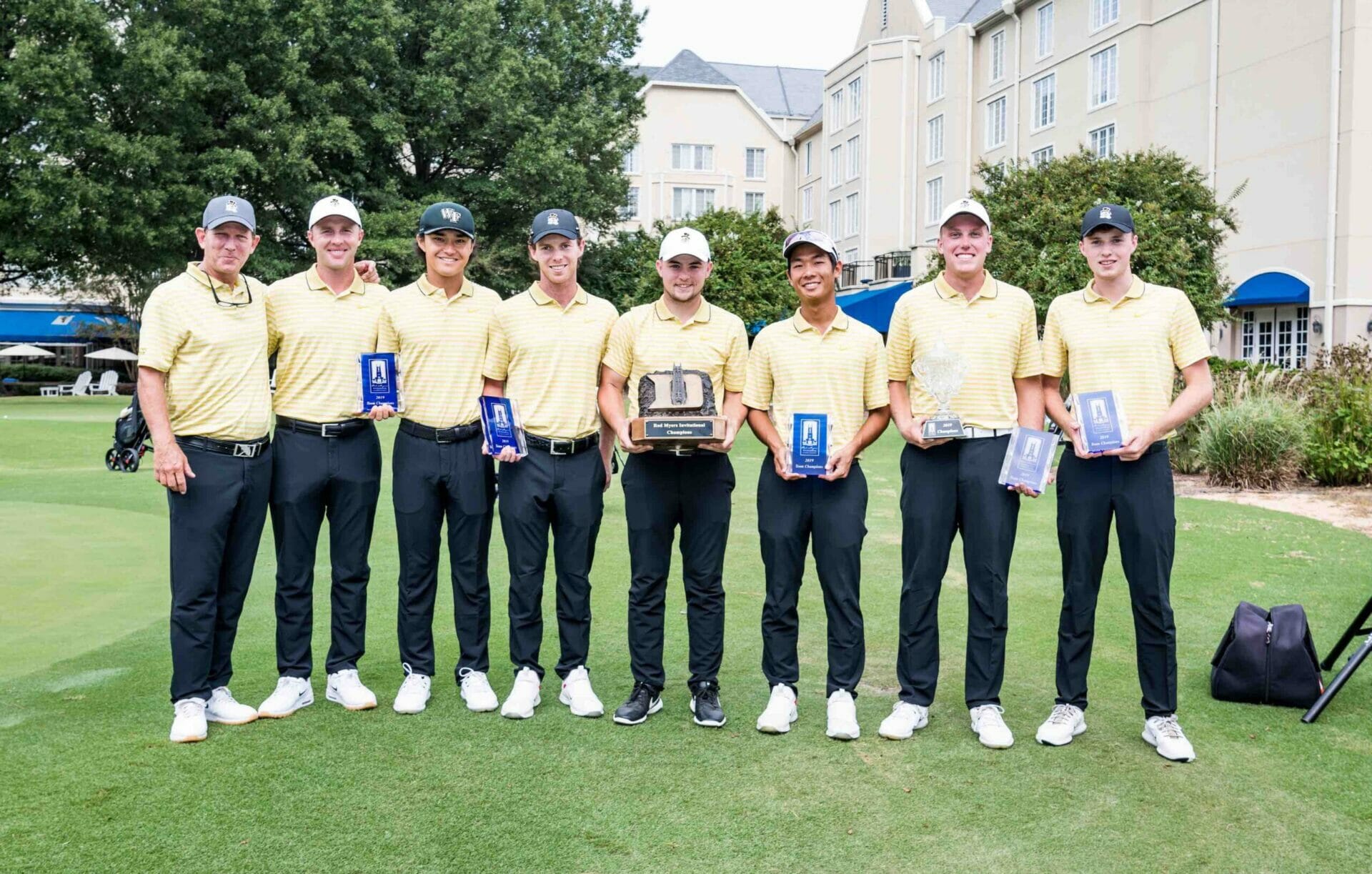 Mark Power got his collegiate golf career off to a flying start on his debut as he played his part in The Wake Forest men’s golf team winning it’s first event of the season, the 2019 Rod Myers Invitational.

The Demon Deacons had a storming final round, shooting 7-under at the Duke University Golf Club to turn a six-stroke deficit at the start of the round into a three-stroke victory with Power adding another 71 to the two 71s he already registered for a personal 3-under par tally and a T9th individual finish.

The Demon Deacons concluded the event at 22-under, the third-best 54-hole total in the tournament’s 10-year history while host Duke was second at 19-under and Louisville (6-under) was the only other team to finish under par.

“The guys went out today and played some very, very good golf,” said head coach Jerry Haas. “We knew if we could get off to a good start we could have a shot, and we shot 10-under on the front to take the lead. We got to 12-under before getting to some challenging holes to finish, but we did just enough to bring home the victory. Great contribution from everyone this week when your worst finisher is T-21st. We saw a lot of good things from a very young team this weekend.”