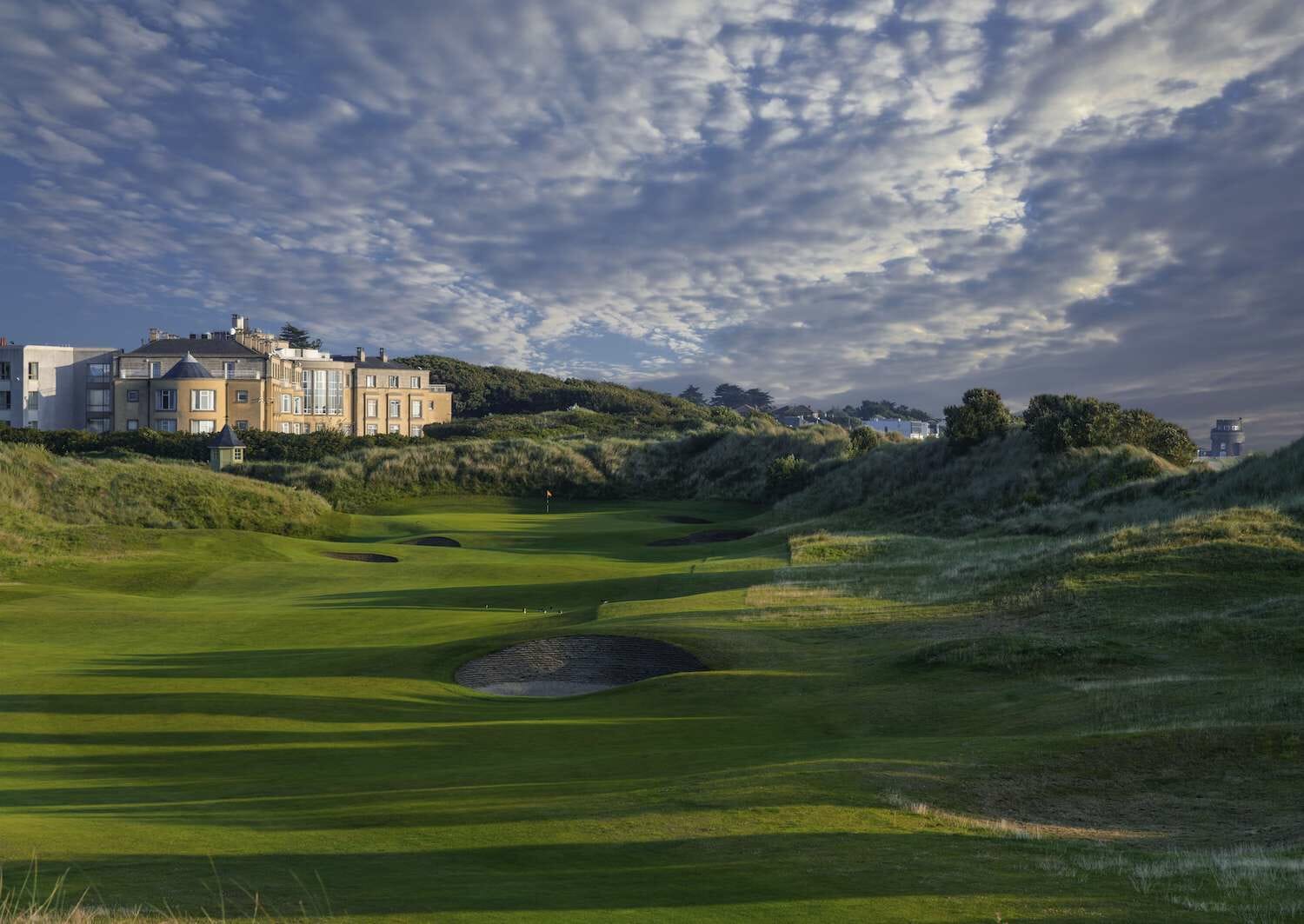 Portmarnock Hotel & Golf Links has been put on the market by owners Kennedy Wilson Real Estate Europe plc who bought the property for approximately €28 million in 2014.
Staff and members of The Links Golf Club were informed yesterday that the sales process had begun and is likely to take “several months” to complete.

The plush 4-Star Hotel and the internationally renowned 18-hole links course designed by Bernhard Langer have undergone extensive upgrades during the five years of Kennedy Wilson’s ownership since they bought it from NAMA.
Located close to Dublin airport and 10km from the city, the North County Dublin seaside resort should prove an attractive proposition for potential purchasers.
Membership of the GUI and ILGU-affiliated Links GC has increased from around 100 members in 2016 to over 270.

The members were informed of the sale by Resort Director Barry O’Connor via email today.
O’Connor’s message was:
“Our owners have invested heavily to improve all aspects of the resort, including significant investment in the golf course and facilities.
“While the ownership will be changing hands; the management and the operations will remain the same.
“The sale process will begin today and is likely to take several months to complete. Members of the Management Team are available throughout the process to answer any questions.”

Portmarnock Hotel and Golf Links incorporates the former Country Club Hotel and the ancestral home of the Jameson Whiskey family.
It opened in 1995 under the ownership of IMG and Columbia Investments, the latter one of Dr Tony O’Reilly’s companies.
Ten years later, Capel Developments bought it for €70 million at the height of the Celtic Tiger property and golf boom.
Capel’s management improved the Hotel and the course and within three years had formulated ambitious plans involving Clontarf Golf Club, situated on a prime site just over a mile from Dublin city centre.

The property company proposed a swap deal which would re-locate Clontarf GC at the Links. They were also offering Clontarf members a handsome stipend to make the move, with each full member to receive €100,000, and 5-day members a pro-rata sum.
An EGM of Clontarf GC approved the deal, but before it could be completed, Capel opted out in July 2008 saying in a statement: “We have taken this decision in the light of the extraordinary change in the economic climate over recent months. We felt it would be imprudent to proceed at this point in time and rather than have uncertainty, we felt it would be in the best interests of both parties to inform Clontarf now.”

The Hotel & Golf Links continued to trade and green fee prices dropped considerably as the recession adversely affected all economic activity.
On the plus side, the dedicated work of Course Superintendent Fintan Brennan and his team maintained high standards of care on the links layout, enabling the course to continue to attract custom from home and abroad.
The staging of the Irish Ladies Open in 2008 and ’09 was a boost for the profile of the Links during those challenging times.

NAMA appointed a receiver to Capel Developments in 2011, and sold the Hotel & Golf Links to Kennedy Wilson three years later.
Today, it is a thriving concern, highly popular with hotel guests and golfers from home and abroad.

The most recent phase of an overall investment of €11 million euro included the refurbishment of 90 bedrooms, the creation of new meeting and conference facilities, a new spa and gym, an upgrade of the Seaview Lounge, an extension to the main restaurant and a new entrance and car park.
Moira Cassidy, the former Director of Golf who has been with The Links since it opened, is now Resort Experience Manager
Conor Russell was appointed as Head PGA Professional in 2017 while Niall Carbery is Golf Sales Executive.
Current annual membership rates are €2,500 (7 Day); €1,500 (5 Day). Green fees are €185 with concessions for GUI and ILGU members.