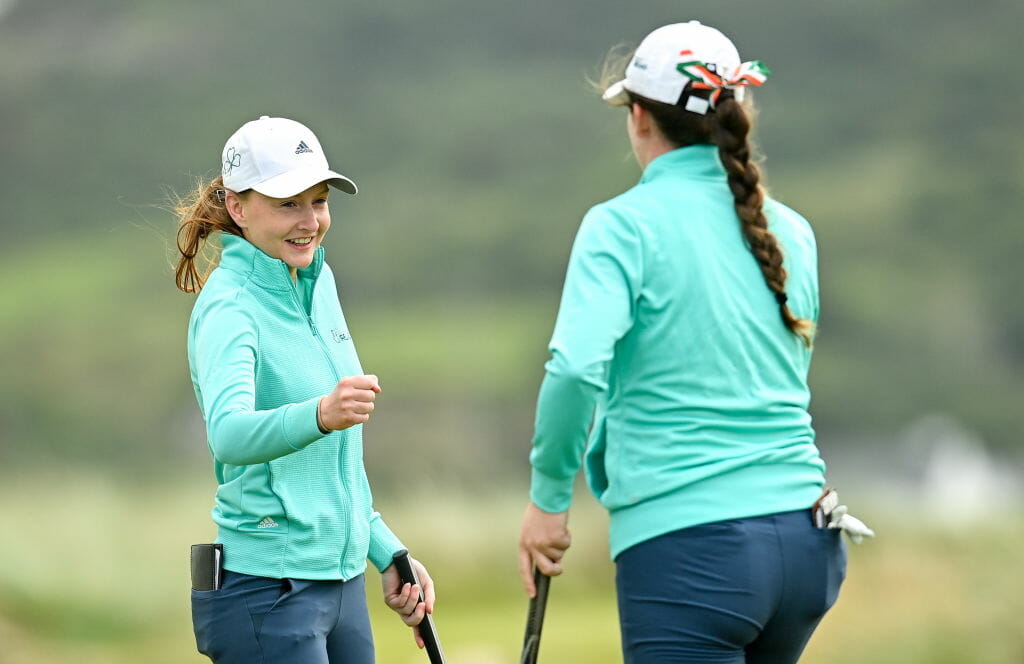 There were mixed emotions for Irish Women’s captain Naoimh Quigg after her squad picked up the Women’s Home Internationals title but missed out on the overall championship alongside their male counterparts.

In a first for the competition, both the men and women were playing on the same team and competing for the same championship in a mixed format in Ballyliffin.

Ireland suffered an agonising one point defeat to England overall after the visitors won crucial points late on in the singles to swing the tie 11-10 in their favour, while England also took the men’s competition with three wins from three matches.

The girls in green were left smiling at days end though despite a cruel defeat as they scooped the Women’s Home Internationals title for the first time since 2017 with two wins from three matches thanks to late victories for Anna Foster and Aine Donegan.

Captain Quigg was full of praise for her side which also included Lauren and Aideen Walsh, Beth Coulter, Sara Byrne, Kate Lanigan but also couldn’t hide her disappointment after the manner of their defeat to England.

“It was heartbreaking to miss out on the combined because we really came together as one team this week. It’s hard to miss out by such a small margin,” said Quigg on losing by just one point.

“It has been an amazing few days. I’m delighted to see the girls win that title. This group has come through the ranks together from junior into senior and have worked very hard so I am pleased to see them get that reward.”