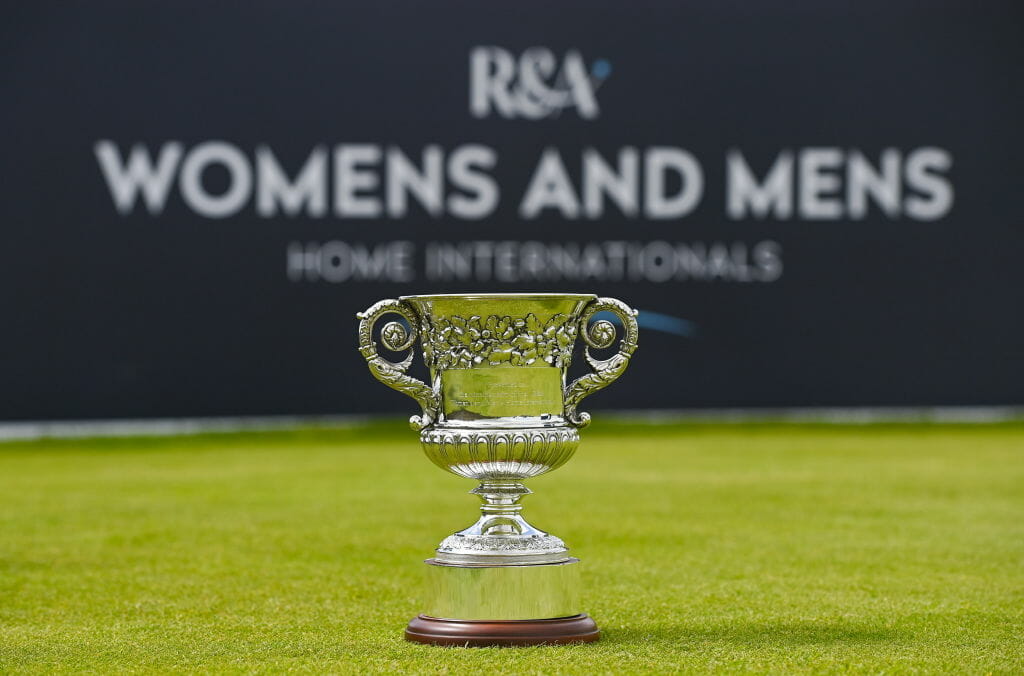 Ireland suffered an agonising one-point defeat to England on the final day of the Women’s and Men’s Home Internationals on a dramatic day in Ballyliffin.

Both sides entered the day locked together at the top following back-to-back wins over Scotland and Wales in Donegal.

The championship undertook a mixed format for the first time in its history so it was fitting that it was a woman and man combination that took the tie away from the Irish.

Olly Huggins and Harley Smith secured vital points against Rob Moran and Rob Brazill while Rachel Gourley salvaged an all-important half point after a superb battle with Sara Byrne.

The match was nip and tuck from the off with Ireland recovering from a tough start in the morning foursomes to take a 4-3 lead into the afternoon.

England – the men gunning for revenge after last year’s championship – roared out of the traps and into a 0-2 lead before Moran and Dundalk’s Caolan Rafferty put some green on the board with a 2UP win over John Gough and Huggins.

Beth Coulter and Byrne went down 3&1 before a late rally from Ireland saw them take the last three ties of the session to edge themselves in front.

Matt McClean and Hugh Foley won 2&1 while Anna Foster and Aine Donegan combined for a 3&2 win. Irish amateur champion Colm Campbell brought his tally to four wins from four after he and Brazill romped to a 5&4 win with the Warrenpoint man sitting out the afternoon singles.

Douglas man Peter O’Keeffe was drafted in for the singles and he earned a half point with Arron Edwards Hill in the top match.

In fact, the women and men in green lost just one of the opening five singles ties with Castlewarden’s Lauren Walsh earning a 3&2 win while Liam Nolan and Mark Power earned half points against Gough whose father hails from Co. Meath and former amateur champion Sam Bairstow.

Ireland couldn’t keep up their strong start and won just three of the final nine singles matches, taking just three and a half points from a possible nine.

The eighteenth hole proved unkind to the hosts overall with only Moran and Rafferty achieving wins up the last in the foursomes.

With the scores level at 6.5 apiece, Huggins held off Moran to win by the minimum while Coulter, Foley, McClean and Brazill were beaten in their matches.

Rafferty again assumed the Collie Campbell role with the on watching Campbell taking a motivational role in the afternoon and he came up trumps with a 4&3 win but it was all in vein.

There was something to cheer about with the Irish women winning their section thanks to late wins from Foster and Donegan.