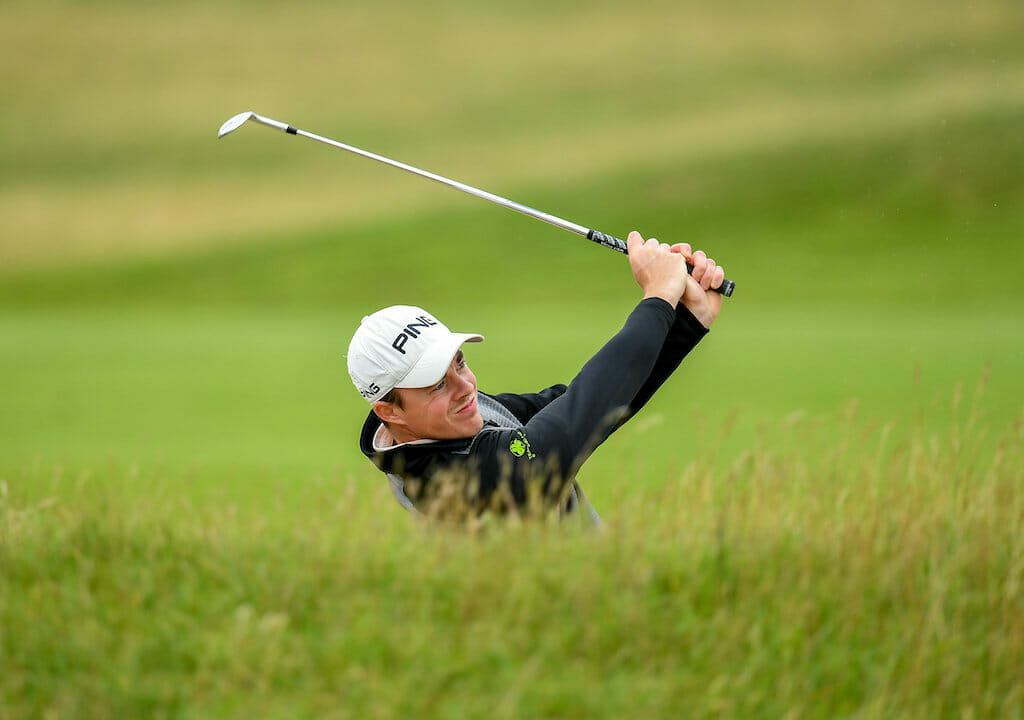 Stuart Grehan was the only Irishman to survive the cut at the Dell Technologies Championship on the PGA EuroPro Tour and will start the final round just outside the top-20.

The Tullamore man posted an eagle, five birdies and three bogeys in a four-under 68 at Mannings Heath which moved him up to five-under-par for the tournament, good for a share of 22nd place.

He is likely too far back to challenge leader James Allan, who holds a two-shot lead at the top at 13-under-par, but Grehan will be keen to continue a good run of form that has seen him finish in the top-25 in his last three events.

Chelmsford’s Allan had a spectacular second round as two eagles and five birdies led to a nine-under 63, which rocketed him up the leaderboard and into top spot, two ahead of Letchworth’s Jack Slater.

Slater, the overnight leader, carded a 67 of his own to sit 11-under-par, with the in-form Pavan Sagoo joining them in Friday’s final group after back-to-back 67s took him into solo third at 10-under.

Wexford’s Rhys Clarke gave making the cut a good go at Slaley Hall with an eagle and three birdies, but four bogeys meant it was just a 71 and at two-under he missed out on a place in the final round by one shot.

There was agony for Youghal’s Conor Coyne, who had started so well with an opening 68, but three bogeys in his last four holes saw him crash to a four-over 76 in his second round and he missed the cut at level-par for the tournament.

Despite a 71 in his second round it was also a missed cut for Daniel Brennan at two-over, with Owen Crooks’ 73 seeing him miss out at three-over and Cork’s John Hickey struggling to a 78 to end the week eight-over.