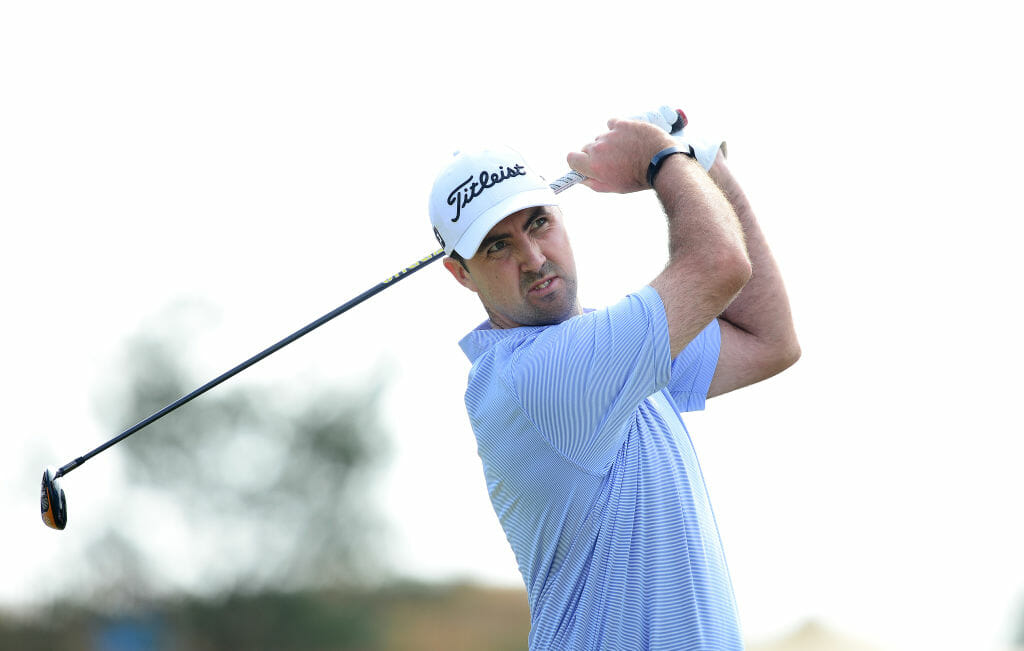 The DP World Tour returns to the site of the 2010 Ryder Cup as Celtic Manor plays host to the Cazoo Open supported by Gareth Bale this week.

Four Irish players will tee it up on Thursday while 2010 Ryder Cuppers Edoardo Molinari and Ross Fisher will have fond memories after Europe’s victory in what was their only appearance for the blue and gold.

Niall Kearney bounced back from a missed cut at the Cazoo Classic with a T-22 finish at the Hero Open at Fairmont St Andrews last week but the Dubliner couldn’t get it going as much as he had earlier in the week with weekend rounds of 72 and 70 keeping him back in the pack.

This is another big week for Kearney who needs to start picking up much needed Race to Dubai points if he is to earn full playing privileges next season and the Royal Dublin golfer tees off alongside Ricardo Santos and Lee Slattery.

Jonathan Caldwell’s latest weekend off made it five missed cuts in succession meaning he has played all four rounds just once in his last ten events as his struggles post winning last year’s Scandinavian Mixed continue.

The Clandeboye native hasn’t shot a competitive round in the 60s since March and needs to do something drastic to arrest this slump and he tees off with Jeff Winther and Nicolai Von Dellinghausen.

Meanwhile it’s just not happened for Paul Dunne since returning from a two-year injury nightmare who arrives off the back of seven missed cuts in a row on both the DP World Tour and Challenge Tour.

With promotion from the Challenge Tour a long way off and at 256th in the Race to Dubai, the Greystones man faces an uphill task to earn back his full playing rights in Europe’s top tier next season.

The 2017 British Masters winner has been grouped with American Julian Suri and Spain’s Angel Hidalgo.

Sharvin missed his eleventh cut on the bounce but a first under par round in as many events might give some encouragement heading to a golf course that should suit his eye where distance will be a big factor.

The 29-year-old has made just one cut so far this season, at the Magical Kenya Open in March, but a lot can change in a week.

Spain’s Nacho Elvira defends the title he pipped Justin Harding to last year for his maiden DP World Tour triumph and he is enjoying being the main man at the Manor.

“It feels great to be defending champion, it’s something that I’ve never experienced before,” he said. “It’s kind of cool to see my face on some of the boards and it’s great to be back, great to be here at this fantastic venue of Celtic Manor and trying to defend the title.

“I’ve been feeling great. I feel like I’ve been playing well, I just haven’t been putting that great but I think the game is there. I’m calm, I’m relaxed and I’m trying to enjoy this week as much as possible.

Elvira’s six-shot 54-hole advantage was the second largest of the 2021 season and his being caught had as much to do with the chasing pack as himself as he turned in level par.

“Thinking about last year, I might need one more, a seven-shot lead instead of six,” he said.

“It was a great position but I felt it was a little difficult for me to manage it. I’d never been in that position before with that advantage, at the end it was good enough and hopefully this week we can do something similar.

“I remember that I should have hit that first putt a little bit softer. There are so many good memories compared to the last putt and I think it’s such a great finishing hole.

“So many different things can happen: you can go for it in two, you can lay up and you can still make a nine laying up because of that water short. Hopefully I can get like last year and go into 18 with a couple more shots.”