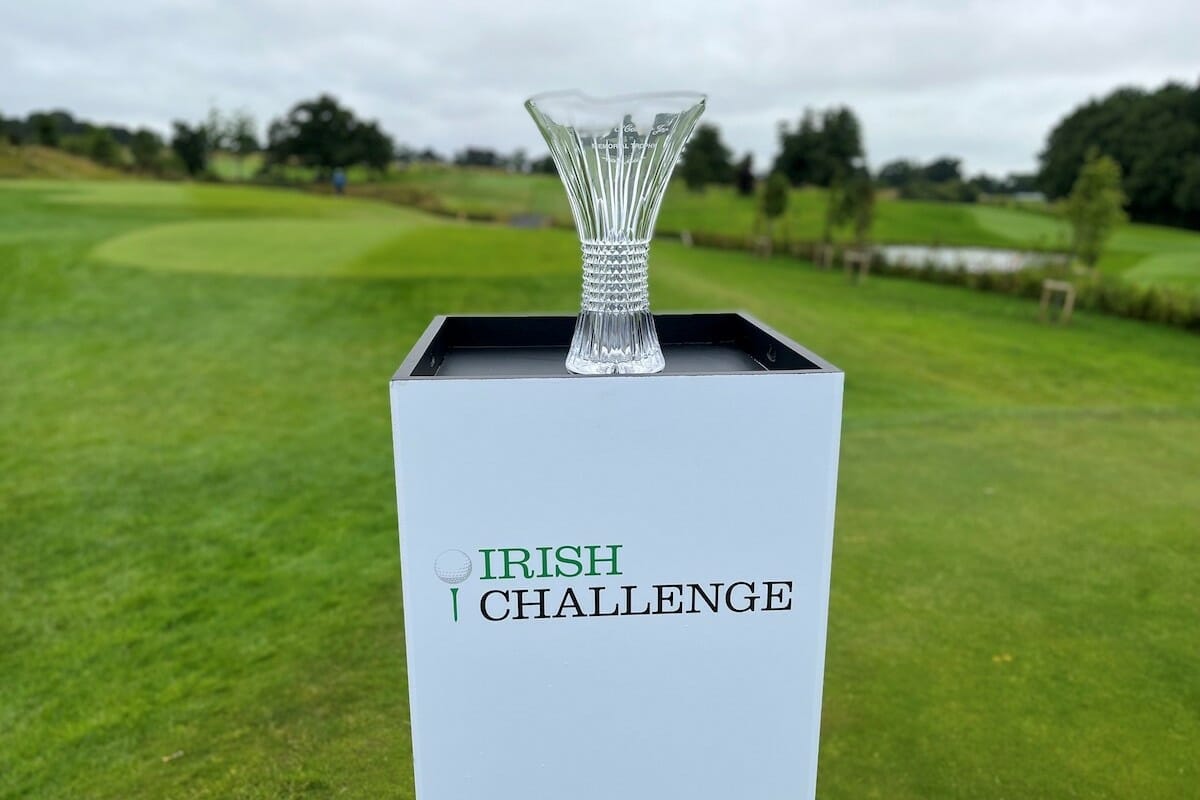 With Gary Hurley, John Murphy and Conor Purcell currently well in the hunt to claim The Irish Challenge at The K Club and McKibbin, Sugrue and McElroy battling hard on moving day there was even more incentive dropped at their feet. The winner of the Christy O’Connor Jnr Memorial Trophy at the Irish Challenge will earn a spot in the Horizon Irish Open for each of the next five years.

The leading homegrown player in the Irish Challenge is presented with the Christy O’Connor Jnr Memorial Trophy, named after the former Ryder Cup player, and the recipient of that award will now reap more rewards by being offered the opportunity to compete in the following year’s Horizon Irish Open on the DP World Tour.

It was announced earlier this year that The K Club would host the Irish Challenge and the Horizon Irish Open alternately for the next six years as the Kildare venue reaffirmed its commitment to the development of Irish professional golf.

The Irish Challenge is taking place over The K Club’s Palmer South Course this week, before returning in 2024 and 2026, while the Horizon Irish Open will visit the venue’s North Course in 2023, 2025 and 2027.

Simon Alliss, Championship Director of the Horizon Irish Open, said: “This is an exciting announcement for Irish golf and one which enhances the pathway for Irish golfers from amateur golf to the DP World Tour.

“The Challenge Tour’s presence in Ireland is huge for the development of Irish Golf and offering a spot in the field for the winner of the Christy O’Connor Jnr Memorial Trophy boosts that development further.

“Our thanks go to The K Club and Horizon, our title sponsors, for supporting this initiative and constantly helping us to grow and evolve Ireland’s national open.”

Tim Walbert, Chairman, President and Chief Executive Officer, Horizon said: “Building off the success and momentum from this year’s Horizon Irish Open, we hope that the addition of top, next generation talent will increase the excitement for the 2023 Horizon Irish Open and Irish golf overall.”

“This initiative will further strengthen the pathway from amateur to professional, offering an enhanced incentive for an Irish player to compete in the 2023 Horizon Irish Open. Sport Ireland is pleased to support both the Irish Challenge and Horizon Irish Open and looks forward to supporting Golf Ireland in maximising the potential of both events.”