Hurley: “If I win tomorrow it’s going to be awesome and I’m going to do everything I can to win. “ 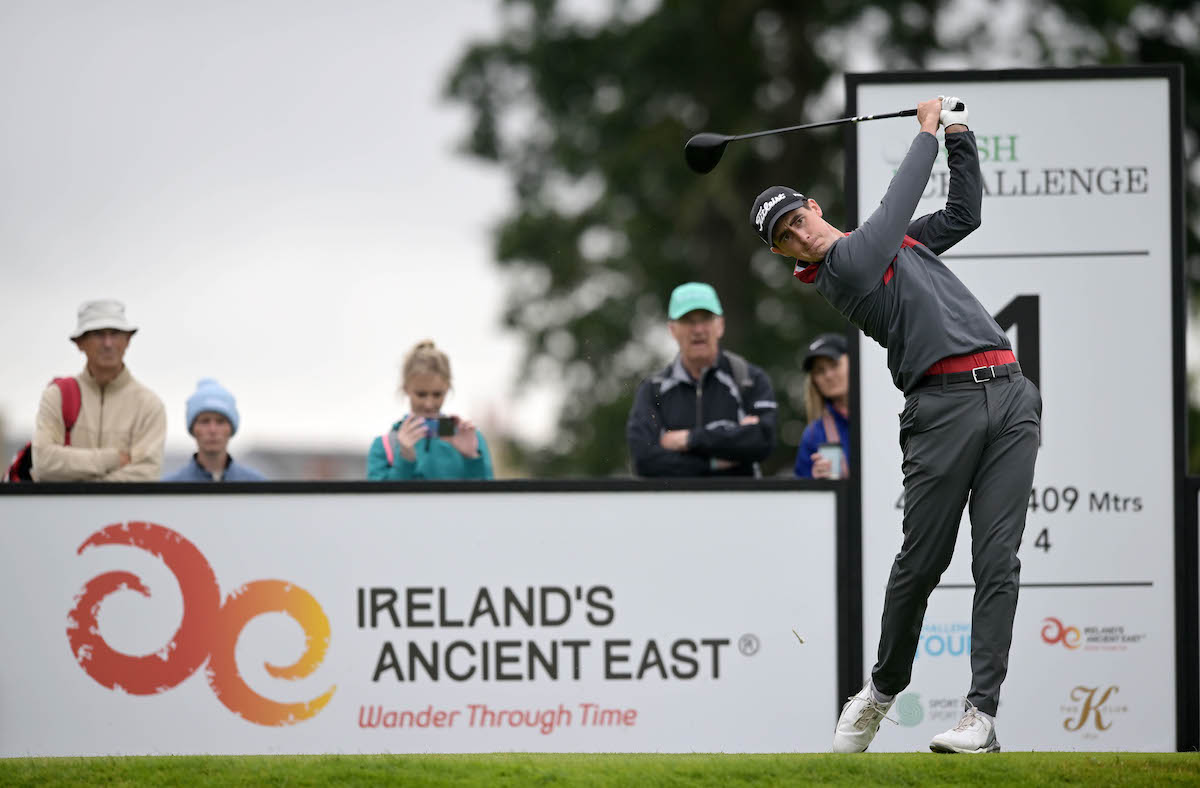 Gary Hurley (IRL) on Day Three of the Irish Challenge 2022 at The K Club on July 30, 2022 in Straffan, Ireland. (Photo by Charles McQuillan/Getty Images)

Gary Hurley insists he will do everything he can to chase down Todd Clements in the final round of the Irish Challenge at the K Club after a three-under 69 saw him move to within five of the Englishman.

Hurley (-10) made the cut on home soil for the first time this week – which is another boxed ticked on his superb comeback season – and he is feeling relaxed about his chances of earning a maiden Challenge Tour win and ending a nine-year Irish drought on Europe’s second-tier since Simon Thornton’s 2013 triumph.

“Tomorrow is going to be great I’m excited I am going to enjoy it I don’t know how I am going to play I might not play good I might play great I can’t control if I win or not,” said the Waterford native. “If I win tomorrow it’s going to be awesome and I’m going to do everything I can to win.

“I know if things don’t go my way it’s going to bring a lot more out in me so I’d love to play well tomorrow but I’d also love to be challenged and not have it my way because we’re trying to move and grow with challenge and embrace it and be excited for it. Stay in every shot and see what happens.

“There’s a bigger picture to what I’m doing and it’s great to be up there this week it’s just another week.”

After two days of glorious sunshine, it was a day for the ducks on the South course with strong breezes and biblical showers making life difficult at the aptly named Irish Challenge.

Hurley started with a dropped shot on the first before grinding out a 69 with five birdies and an eagle with three further dropped shots but he admitted he enjoyed battling against the elements to put himself in contention.

There is plenty to play for from the 29-year-old’s point of view with the Christy O’Connor trophy and a spot in next year’s Horizon Irish Open on offer for the leading Irishman tomorrow evening but such thoughts are far from his mind.

“I enjoy it. I don’t believe anybody says it’s fun because it’s tough but I really enjoy the challenge of it, you have to make peace with every decision you make and whatever outcome comes from it and just move forward.

“I try to reflect on the process and things that I can control this is a really difficult separation to make from what you see and what you feel off the club the consequences of where the ball goes, taking a drop if it’s in a hazard or not being able to get out of a bunker I try to look at these as my next challenge to get to the green or whether it’s a four foot putt or a chip shot I try to get excited to hit the shot,” said Hurley who has found peace mentally on the golf course since taking a more philosophical point of view on golf.

“Sometimes I’m nervous and that’s OK I accept that I keep telling myself to get excited for this shot it’s great to be here, amazing to be here coming from where I was a couple of years ago. It’s not just the outcome of being in contention at the Irish Challenge it’s the way I’m operating, it’s amazing to be honest I’m delighted to be doing what I’m doing.

“My goals are all around separating the outcome of what’s going on whether it be a tournament or a shot or whatever, separating that from the stuff I can control which is around my process and reflecting on that and did I do what I wanted, that’s a difficult separation to make and that’s my goal,” he added.

It has been a great year already for the West Waterford man who has shown this week that he is more than capable at this level. More frequent Challenge Tour starts will come his way should he win on Sunday but he is also flying high in 5th place on the Alps Tour Order of Merit following a win on the satellite tour this season which seems the more straight forward route to the next level.