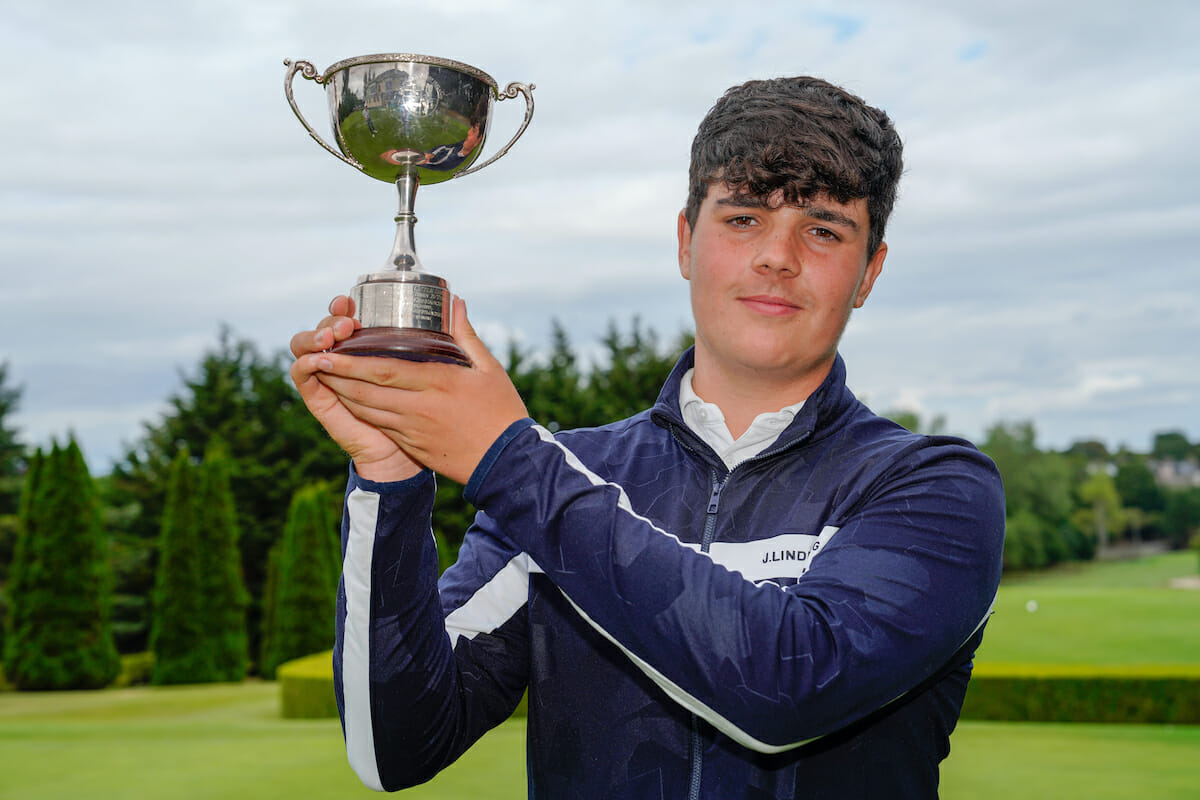 Adam Fahey (Seapoint) and Sean Deasy (Douglas) have won the Irish Under-14 and Under-16 Boys’ Open Championships at Lucan GC.

Fahey came from a shot back to finish on +6, three clear of Elm Park’s Freddie Bracken, with overnight leader David Lyttle (Castlerock) finishing in third on +11.

Fahey missed out by a shot in last year’s Irish Under-14 Boys’ Open, but was delighted to get over the line on Friday afternoon.

“It’s a great feeling. I was close last year in Longford. It’s great to get over the line today though.

“I tried to play as solid as I could today and not focus on what Freddie or David were doing. I tried to play with the least amount of mistakes possible today. Last year I had one bad hole and it cost me the tournament. It was all about getting as many birdies and pars today.” 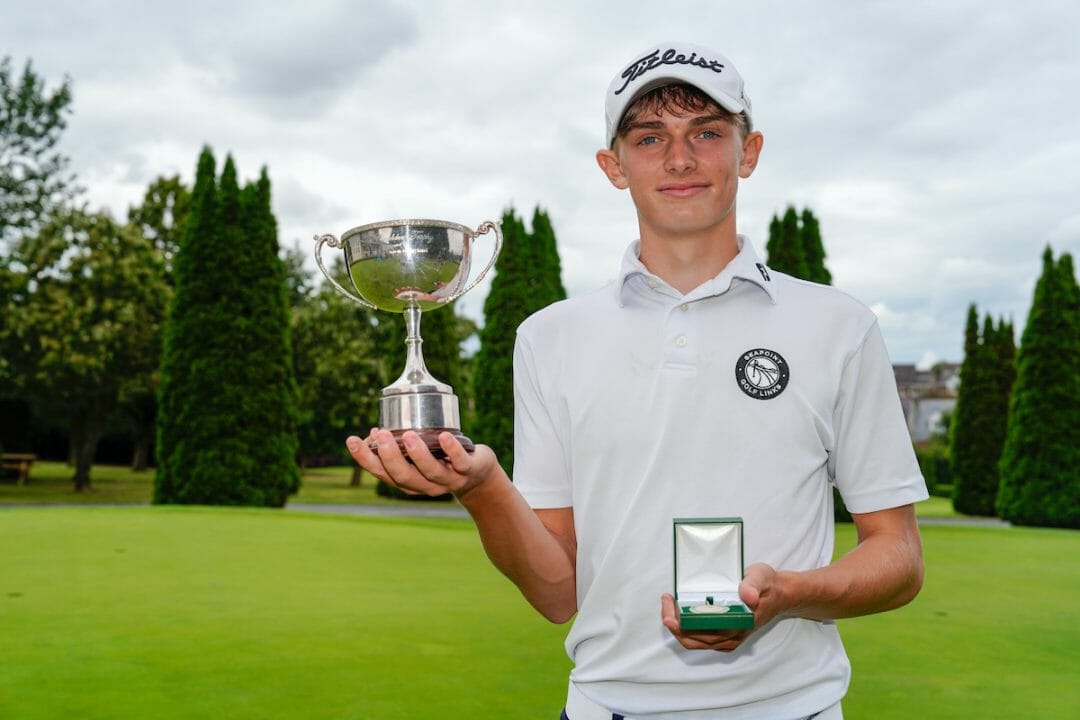 Eager started the day three clear, but a brilliant closing stretch from Deasy that included birdies on 11, 14, 16 and 17 saw him win the title.

“I’m delighted to have three under par rounds. I played solidly the whole week, thankfully.

“It was all about trying to get a few shots back on Finlay throughout the day. It felt like a Match Play situation today.”