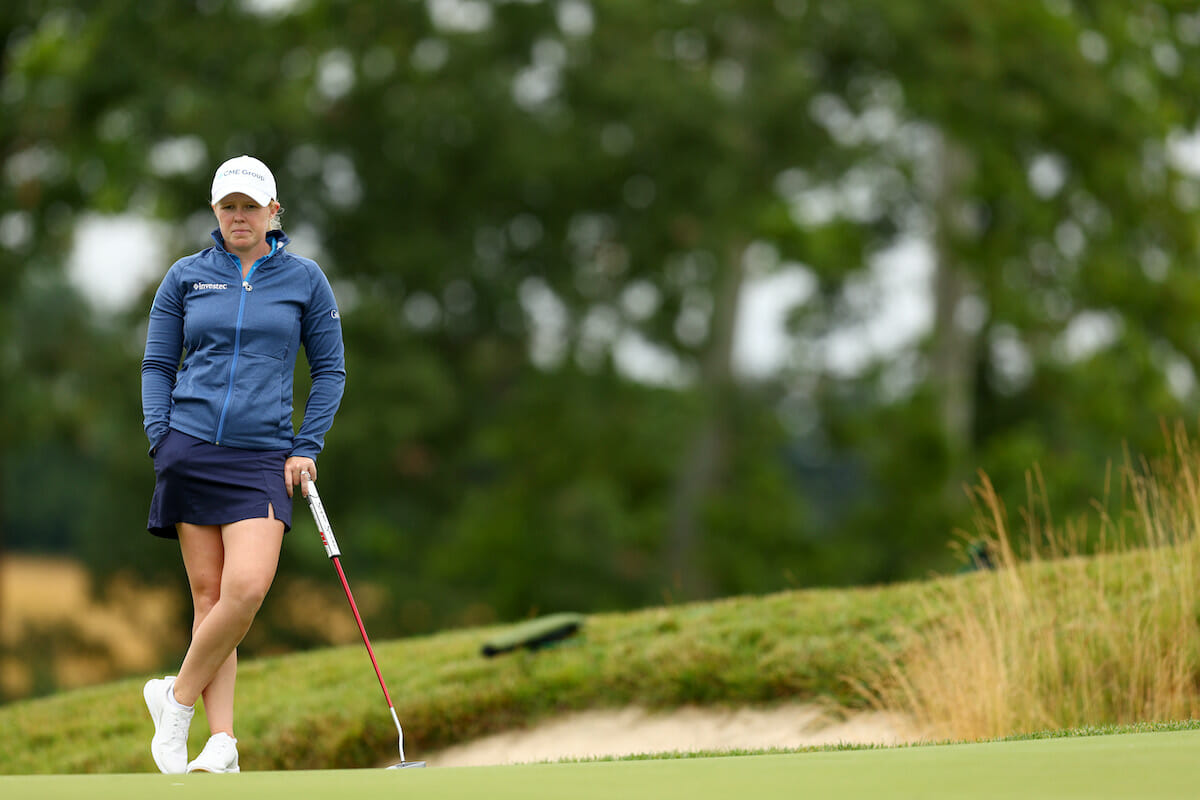 Stephanie Meadow was left with a very nervy wait after a bogey at her final hole left her at risk of missing the cut at the Trust Golf Women’s Scottish Open at Dundonald Links, but she just squeezed in for the weekend on the number.

The Jordanstown woman, out in the morning wave, carded a six on the par-five 18th to finish with a one-under 71 to leave her at one-under-par for the tournament, right on the cut line throughout the day.

Fortunately for Meadow the cut held consistently at one-under for the entire day and she is in for the final two rounds, which could prove vital in her Race to CME Globe hopes.

The 30-year-old is currently 63rd in the standings and, in a share of 68th in Scotland currently, is projected to fall to 65th, but a good weekend could see her pick up a few more spots in the Order of Merit as she bids to retain her Tour card for next season.

She will need better than she produced on day two at Dundonald, Meadow carding just three birdies and two bogeys in a relatively straightforward 71, and she will hope to pick up the pace on moving day.

Already it looks like the win is beyond her, with New Zealand’s Lydia Ko taking a two-shot lead over Lilia Vu into the weekend after back-to-back 65s took her to 14-under-par for the week.

The 25-year-old has yet to make a bogey this week as she ascended to the top of the leaderboard thanks to five birdies and an eagle in Friday’s second round.

Six birdies and a bogey in a 67 has Vu in second place at 12-under, with Eun-Hee Ji rounding out the top three at 11-under-par after she tied the lowest round of the day with a superb eight-under 64 on day two.