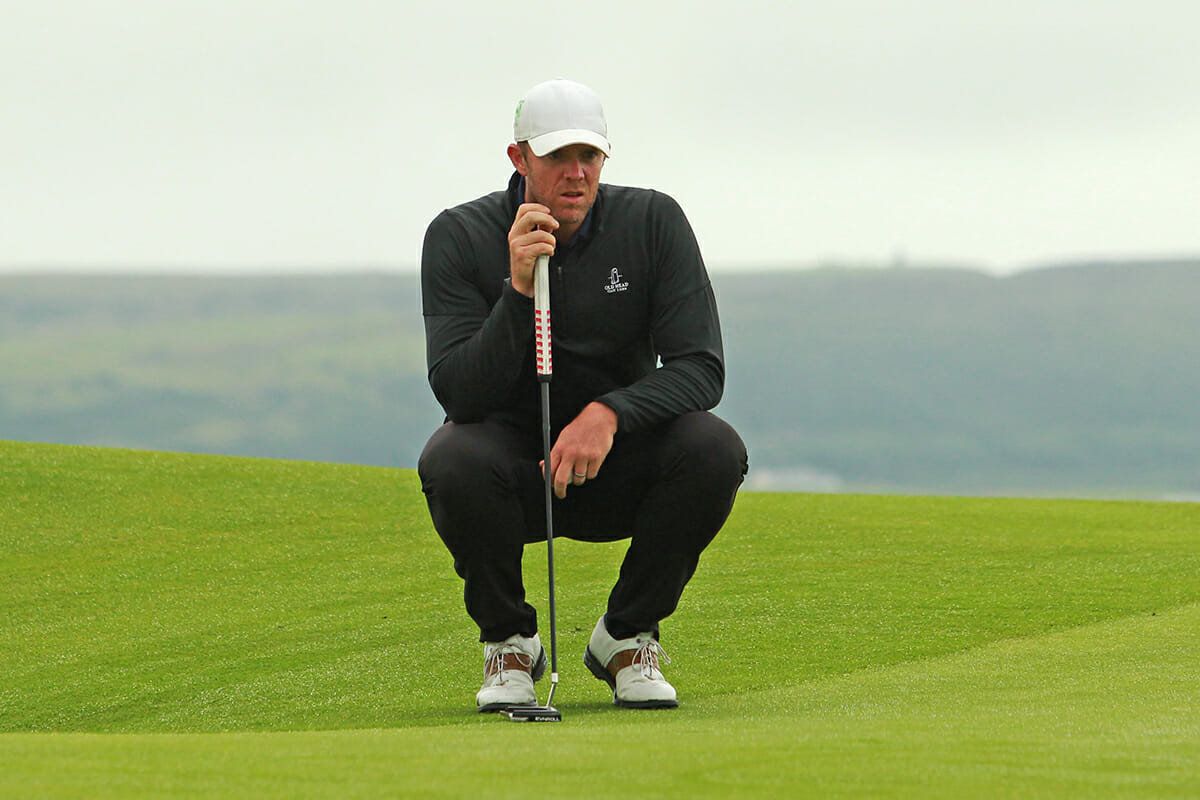 Peter O’Keeffe produced a stirring fightback to advance to the final of the 120th South of Ireland Championship sponsored by Pierse Motors where he will face Hugh Foley in Lahinch.

After some glorious sunshine and excellent scoring conditions this week it was survival of the fittest as howling winds and heavy rain battered the course and forced tee times to be delayed by half an hour.

O’Keeffe defeated Liam Nolan on the 19th while Foley was simply far too good for Robert Brazill in the morning semi-finals.

The Douglas native who won both the Irish Amateur and Close titles last year found himself four down to Galway’s Nolan on two occasions but showed grit and determination to come back and win in extra holes.

It was a repeat of their meeting in the first round of the West of Ireland earlier this year with O’Keeffe looking to avenge a one hole defeat to Nolan but it looked as if the NUIG student was going to breeze into his second final of the season when he opened up a four hole advantage after eight and ten holes.

Wins on the eleventh and twelfth saw the Cork man halve the deficit before he won a third hole on the bounce on 13 to put the cat amongst the pigeons.

The match was turned on its head on the 205 yard par-3 16th when O’Keeffe flighted a 6-iron to 5-feet and holed the putt to level affairs before both players birdied 18 to force extra holes.

O’Keeffe hit a great shot to around four feet while Nolan was unable to get up and down for par after missing the green with his approach.

The 40-year-old hasn’t had a great season by his own standards but he has performed well in strokeplay/matchplay championships including a run to the quarter-finals of the Amateur Championship in Royal Lytham.

If the former professional is to lift the South for the first time he will have to get past serial winner Hugh Foley who has suddenly turned an average season into a great one as he hunts back-to-back titles after his North of Ireland success last week.

The Royal Dublin golfer was far too strong for Naas man Brazill running out a 5&4 winner to book his spot in the decider.

It was a match that brought Brazill’s fabulous comeback season to a halt and he will look to pick himself up for the Mullingar Scratch Cup.

The pair were level at all square after five holes before Foley stretched clear at 3UP through twelve and it proved an insurmountable gap as he completed an emphatic victory with wins on 13 and 14.

Both Foley and O’Keeffe will be looking to add the South to their already glittering CVs.