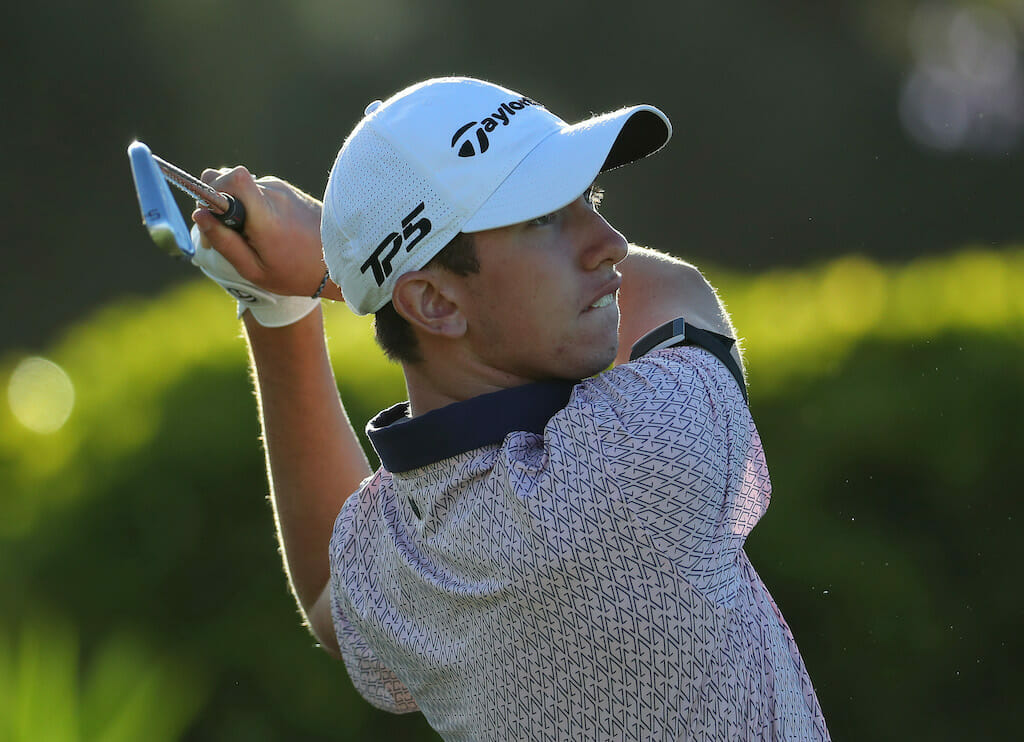 Tom McKibbin and Ruaidhri McGee both lost ground in the Road to Mallorca standings on the Challenge Tour despite strong final rounds at the Big Green Egg German Challenge.

The pair both finished with four-under 68s at Wittelsbacher Golfclub in Neuburg an der Donau to end the week at eight- and seven-under-par respectively, but Alejandro del Rey’s win means both fall down the rankings in the Order of Merit.

Spaniard Del Rey needed a play-off to claim the title, defeating Mateusz Gradecki in extra holes for his first Challenge Tour victory, and that moves him inside the top-20 on the Road to Mallorca.

McKibbin would finish the tournament in a share of 14th after five birdies and a bogey in his 68, leaving him eight-under-par, but that will see him drop to 30th in the Order of Merit, with McGee moving down to 27th after an eagle, six birdies and four bogeys led to a 68 of his own and tied-21st in Germany at seven-under.

Del Rey had taken a one-shot lead into the final round over Gradecki and Manuel Elvira – who finished third – but a three-under 69 was only good enough for a share of top spot alongside the Pole, who went one better with a 68.

That meant they went back down the par-five 18th once more and, after they couldn’t be separated the first time, a birdie from Del Rey at the second time of asking was enough to claim his first Challenge Tour victory.

“I’m lost for words,” he said. “I’ve struggled to be in contention this year but I know I have the ability to close out a win if I’m at the top of the leaderboard. It’s been a frustrating year because I haven’t given myself enough chances to win. This win has given me huge confidence and I’m delighted it all worked out in the end.

“I’ve been playing really well this year, but the courses haven’t suited me. This course is more forgiving off the tee and if I miss the fairway then I will have a difficult second shot but I’m not losing balls. Everything has clicked this week and I’m so happy.

“This win means I can aim a little bit higher and maybe consider targeting a top ten finish on the Rankings. I’m going to give it my all for the rest of the season and push the guys at the top.”

It was a disappointing final round for Ballymena’s Dermot McElroy, who started the day just outside the top-10 but carded four birdies and five bogeys in a 73 to fall to four-under-par and a share of 39th.

Kinsale’s John Murphy, meanwhile, ended his week with six birdies and three bogeys for a three-under 69 and would end the tournament tied for 43rd at three-under overall.