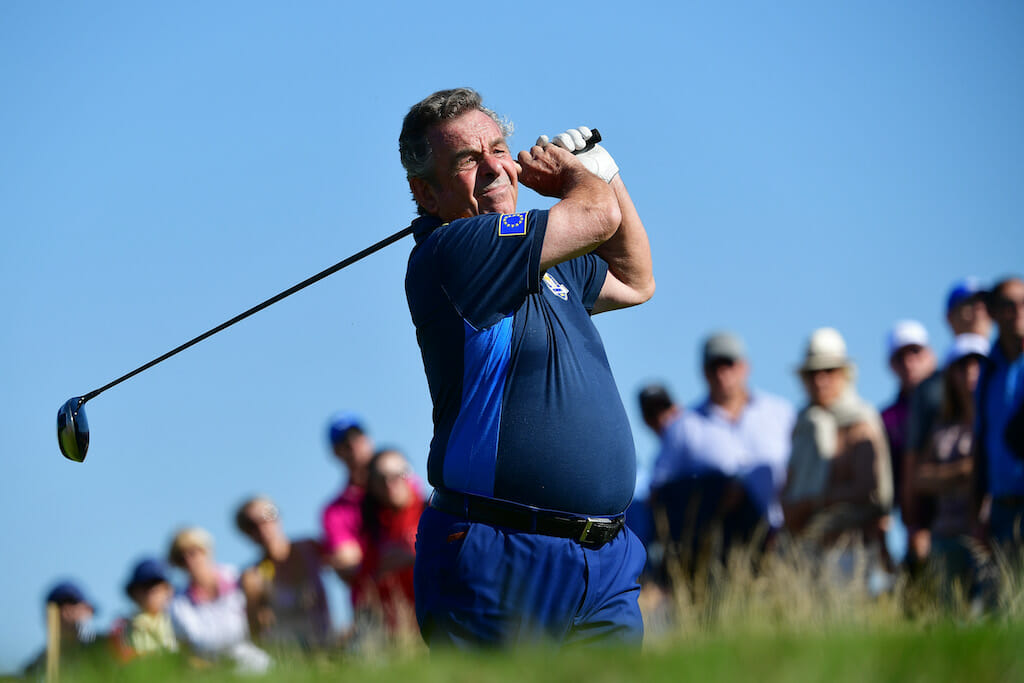 Four-time European Captain Tony Jacklin admits he fears for the future of the Ryder Cup given how fractured the game has become since the arrival of LIV Golf.

Henrik Stenson was the latest European to turn his back on the contest, relinquishing a Captaincy role that he once claimed was his dream to sign up to the Saudi-backed circuit in a mega-money deal.

The Swede was stripped of the Captaincy having previously signed an agreement not to join LIV Golf during his tenure in the lead-up to Rome, 2023.

It means Stenson joins the likes of Ian Poulter, Lee Westwood and Sergio Garcia on the side-lines – all players now ineligible for the contest since joining LIV – and whatever you think of their profile and form in recent times, Jacklin believes their absence will be sorely felt when the Ryder Cup arrives in Italy next year.

“Everybody’s sort of thinking that the Ryder Cup brand is bigger than anything and that it’s the crown jewel of our game, but how can it be that when you don’t have their best representation?” Jacklin told Sky Sports.

“They [Ryder Cup Europe] are soldering on as if all is going to be fine and John Wayne is going to ride in with the cavalry at the end and save everything. Right now, from where I’m sitting, I don’t see that.”

Many players making the jump to LIV have cited the team aspect as a major selling point of the product. Talor Gooch went so far as to say the atmosphere at the Portland event could even mirror a Ryder Cup atmosphere, something he later, and wisely, retracted.

However, with teams changing every week in LIV, and said teams made up of a wide range of individuals with little common ground, Jacklin is far from convinced that the LIV team aspect could ever replicate the tribal competition of Europe versus USA at a Ryder Cup; a contest bolstered further by the context of history and the previous battles won and lost in red and blue.

“You can’t replicate these [Ryder Cup] experiences and to say you can replicate that by putting four guys together for a week is a bit crazy, I’m not buying into that,” Jacklin said.

“I’m sad that the Ryder Cup will not be the same again unless some last-minute negotiations change things, and I can’t see that happening.

“It will be a tournament, but it won’t be what it has become. What made it was that it was pure, it was truth – you can’t fake it. You can’t fake what Poulter did a number of times when everything was on the line. You can’t fake that Medinah moment, when Jose Maria Olazabal won a year after Seve Ballesteros’ death.

“You can have a tournament, but this thing is messed up big time.

“It [LIV Golf] is an exhibition series, it’s not proper golf. In golf tournaments we have cuts, that separates golf from other sports – if you play badly, you leave town early and get weekends off. Historically that’s what it’s about and people like to see that kind of competition.”