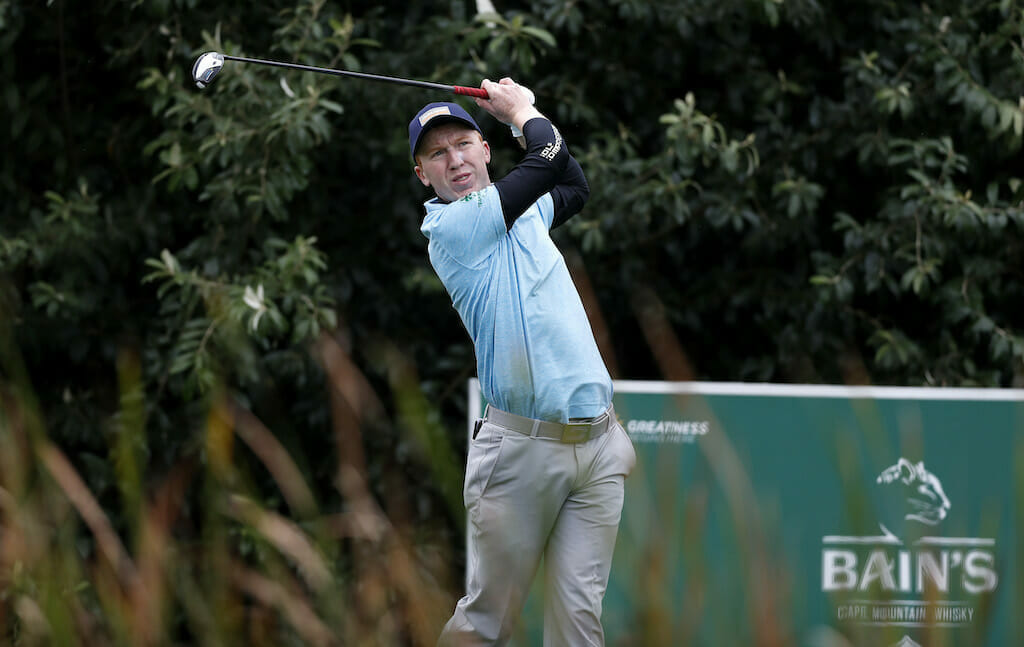 It will be a quiet weekend on the Irish front at the Cazoo Classic on the DP World Tour as all six local players came close to making the cut at Hillside Golf Club but each of them all failed to make it through.

The trio of Tour regulars Niall Kearney, Cormac Sharvin and Jonathan Caldwell all suffered an agonising finish as they had the heartbreak of waiting for the cut line to be confirmed, all of them ending the day at one-over-par and seeing the cut mark fall at level-par.

Meanwhile, Gavin Moynihan and PGA professionals David Higgins and Simon Thornton all had their chances to make it, too, at three-over but they too would come up just short.

After a first round 70, Kearney will be disappointed he couldn’t make the weekend as a double-bogey, three bogeys and two birdies led to a three-over 75, while Sharvin could only find one birdie to go with two bogeys in a 73 to also miss out by one.

Caldwell might be the most frustrated of that trio, the Clandeboye man reaching three-under after eight holes of his round, but bogeys at the ninth and 14th preceded a sucker punch double-bogey seven at the par-five 17th that saw him also miss out by one.

But the most annoyed of all of them could be Moynihan, who was one-under with just three holes to play but finished with back-to-back bogeys and then a double-bogey for a four-over 76 to miss out by three.

It was more of a struggle for Higgins and Thornton, though, as the pair both signed for three-over 75s to miss out on the weekend in a rare DP World Tour for the duo.

At the top, England’s Paul Waring maintained his two-shot lead at the top as five birdies and three bogeys in a two-under 70 at Hillside saw him reach 11-under-par, a couple clear of the trio of Jens Dantorp, Grant Forrest and Julien Guerrier.

“Very different golf course today,” explained Waring, who is searching for his second DP World Tour win having triumphed at the 2018 Nordea Masters.

“Completely different wind direction which made it a bit more tricky visually, there were a lot more holes I could really see a golf course on yesterday with the opposite wind, and then today it was a bit more fiddly for me especially hitting a draw as it was hard to get a start line correct, which is where I struggled at times.

“I ground it out well and putter felt good, so I made up to shoot two-under and extend my lead.”