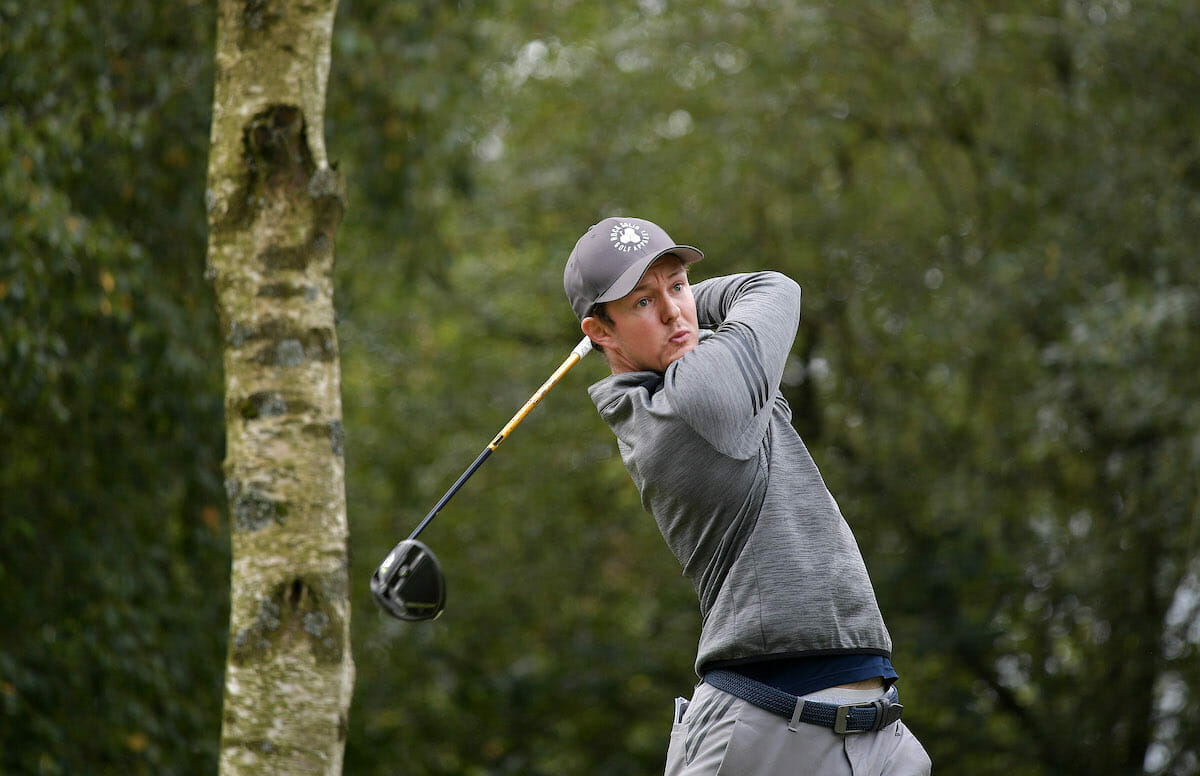 John-Ross Galbraith enters the final round of the GLAL.UK Worcestershire Masters just three shots off the lead as he looks to make it back-to-back Irish winners on the PGA EuroPro Tour.

After Dermot McElroy’s victory last week, the Whitehead man could follow in his footsteps if he claws back the three-stroke deficit to leader Brandon Robinson Thompson on day three at Vale Golf & Country Club.

Galbraith followed a 71 in his first round with five birdies and a bogey in a four-under 68 in round two to move up to five-under-par and lie in a share of fifth place two-thirds of the way through the tournament.

Robinson Thompson is the man to catch after two eagles and two birdies in a 66 that puts him one shot ahead of The Renaissance Club’s Stuart McLaren heading into the final day at eight-under-par.

McLaren, the first round leader, recovered from an early double-bogey with four birdies and a bogey to keep himself in touch with a 71 to sit seven-under, with Joe Brooks and James Wilson a shot further back after rounds of 64 and 66 respectively.

Tullamore’s Stuart Grehan is still in touch at two-under-par and, although he may be a little too far back to make a run for the title, he is in a good position to secure a top-10 finish in a share of 11th after a two-under 70.

Galbraith and Grehan were the only two Irishmen to make the cut, with Youghal’s Conor Coyne finishing one shot shy despite a two-under 70, with that only good enough to take him up to three-over-par, one shot too many.

Dundalk’s Daniel Mulligan was left to rue a run of four straight bogeys in a 75 that saw him finish four-over-par, while PGA Catalunya’s Luke Donnelly closed with a 71 to end the week five-over-par.

Wexford’s Rhys Clarke withdrew before his second round after shooting a 13-over 85 on day one.