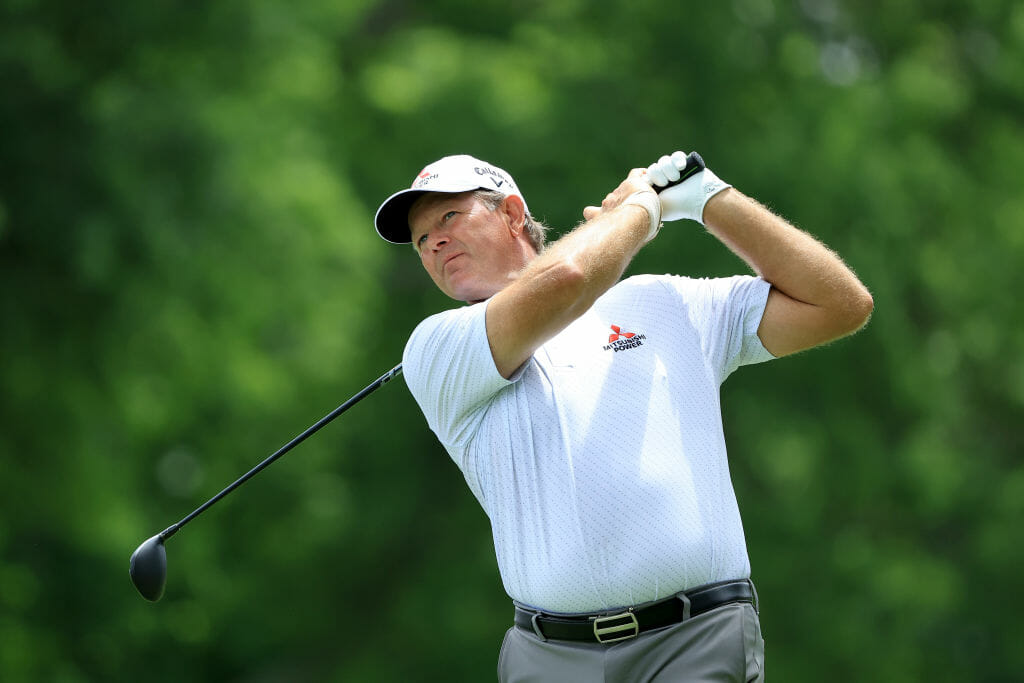 Goosen, 53, in a career that saw him capture two US Open’s and 36 other tournaments around the globe, has always been known for his calm demeanour and never known for controversy.

However, the South African had Monahan in his sights ahead of this week’s Rolex Senior Open being staged for a first occasion at Gleneagles.

“I wish back when I won my US Open’s they could have offered me $15m but they didn’t, but then in saying that, this whole thing going on now in golf is a real mess”, he said.

“A new tour emerges bringing lots of prize-money to the players and the established Tours don’t want their players to play.

“In my opinion, banning the players is the worst thing any of the tours could do, and if I was a sponsor on the PGA Tour and the Tour was banning the game’s leading players, I would be asking the Tour why should we continue to sponsor the tournament that we are sponsoring, and showcase our business, if the star players are getting banned.

“It is for this reason I can see that a lot of sponsors are withdrawing from sponsoring PGA Tour events because the Tour is losing its top players.  And if the Tour is thinking it is doing a good thing by banning their players singing with LIV Golf, is unfortunately going to backfire.

“Then for the PGA Tour the DP World Tour to say that we have banned those players who have signed for LIV Golf for reasons citing the integrity of the game.  Well, it has always been about the money.

“And what really annoys me is that Jay (Monahan – Commissioner of the PGA Tour) is now, after banning all these players, gone ahead and increased the prize-money for next season by some $60m plus.

“Why didn’t he do that before he fired all the players who signed with LIV as it may have enticed some of the players to maybe react by saying: ‘Well, now that the prize-money is going up from $8m a tournament to $12m a season, maybe I might now stay with the PGA Tour.’

“Jay’s just really handled the whole situation, in my opinion, very poorly and unfortunately it’s going to backfire on him, and the players are going to take the PGA Tour to court and I cannot see the players losing in the courtroom.

“And why the PGA Tour and the DP World Tour cannot sit down with LIV Golf just continues to surprise me?

“So, if we continue as it is going it will be the sponsors also withdrawing their sponsorship because they are going to be asking the PGA Tour:  ‘Can you get the top players to play our tournament?’

“If the Tour can’t deliver then the sponsors will withdraw their sponsorship dollars”.

Goosen, who is contesting just a second British Senior Open, since finishing third in his over-50s debut in 2019, also cited the hypocritical Saudi Arabia business dealings of a number of major PGA Tour sponsors, such as BMW, who remain as sponsors of the Tour.

“So, why aren’t they stopped from being involved as a sponsor of the PGA Tour when they’re selling cars in Saudi Arabia?

“For everybody to say that Saudi Arabia money is ‘dirty money’ is totally wrong, as there are just so many worldwide companies that do business in Saudi Arabia.  There’s ‘dirty’ money everywhere in the world”.