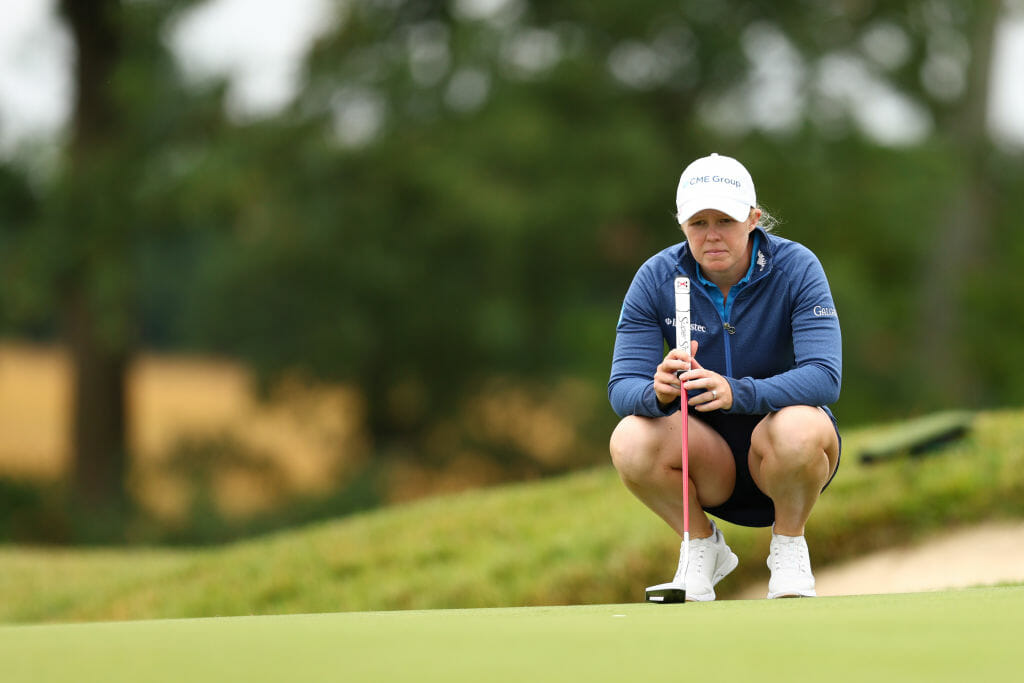 Stephanie Meadow and Cristie Kerr will head into the final round of the Dow Great Lakes Bay Invitational knowing they are unlikely to mount a miraculous comeback and win – but there is still plenty for them to play for.

The pair combined for a one-over 71 at Midland Country Club in the third round of the only official team event of the LPGA Tour season to fall back to five-under-par for the week and they will head into the final day 12 shots off the lead.

But while they are unlikely to chase down overnight leaders Jennifer Kupcho and Lizette Salas, who take a four-shot lead into the final round – which is played in the fourball better-ball fomat – Meadow in particular has plenty to play for.

The Jordanstown woman is currently 60th in the Race to CME Globe standings and with only the top-80 retaining their cards for next season without needing Q-School, any points are valuable at this stage of the season.

Despite it being a team event, there are still points on offer in Michigan, so a good final round performance would help her massively looking forward.

Meanwhile, Kupcho and Salas performed superbly in the alternate shot format as they recorded six birdies in a bogey-free 64 to move to 17-under and take a four-shot lead into the final round over Matilda Castren and Kelly Tan.

The Finn and Malay were also impressive with four birdies and just one birdie leading to a 67 that leaves them at 13-under-par, with the pairs of Pauline Roussin and Dewi Weber, and Tiffany Chan and Haeji Kang still hanging on to their now slim hopes of winning at 11-under.