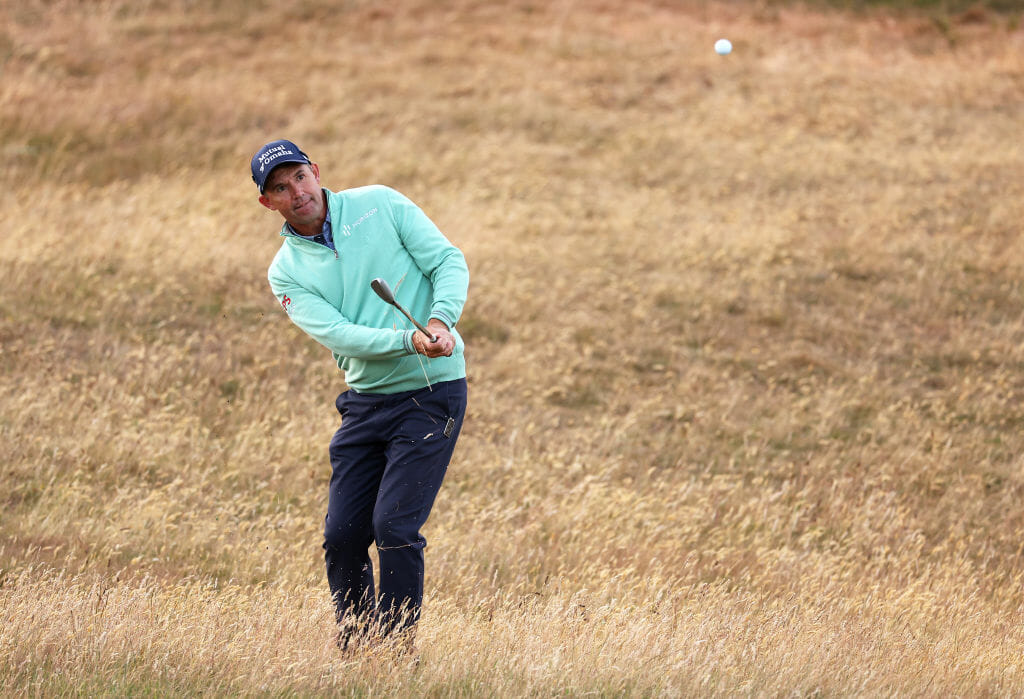 Pádraig Harrington was delighted to beat the fatigue on day one of the 150th Open Championship at St Andrews as he opened his bid for a hat trick of Claret Jugs with a battling three-under 69.

The 2007 and 2008 Open champion trails Cameron Young by five strokes and he feels he got everything out of his round despite running on empty towards the finish.

“It seems like the scoring around me wasn’t very good,” said Harrington who can eclipse Phil Mickelson as the oldest major winner this week. “Seemed like it was maybe a bit tougher when we were going out there. So that helped I stuck in there.

“I knew there would be a few birdies that you could make when you drive greens and things like that. And, so, yeah, I stayed patient and topped it with those birdies on 9, 12, 14 and 18.

“I don’t feel like I could have done much more this afternoon. That’s all I could do. I’m quite comfortable where my game is at. And as Ronan said to me, my caddie, we’re just waiting for that round to start again. It might start this week; it mightn’t. But everything is in order for good things to happen.”

Harrington who has two Dunhill titles here, cut a jaded figure after his round in what has been an energy sapping few weeks. The 50-year-old won the US Senior Open before flying back to Ireland for the Horizon Irish Open in Mount Juliet. From there the Dubliner teed it up in the JP McManus Pro-Am before missing the cut at the Scottish Open two days later.

“So I think I did a very good job up until the pitch, maybe even the drive on 16 was a little sloppy, and then the second shot was definitely, yeah, I might not have got the best bounce. But when you end up on your arse, you’re always wrong. I probably should have played a different shot.

“Yeah, it was a long way home for those last two holes!”

The three-time major winner has been nursing a knee injury this season having had surgery on it five years ago which has limited his practice range time between rest and physio sessions. Harrington was on his way to tuck into a couple of pepperoni pizzas and get a rub down before his second round on Friday morning.

“Yeah, physically, as I said, it’s a little tough for me at the moment. I’ve got a bit of an injury, and 18 holes is a long day let alone when you’re waiting around and then you’re trying to warm up for each shot, stay as sharp as you can.

“It manifests itself in the knee, but there’s a lot going on in the leg. So I’m getting good physio on it, and I definitely see improvement with the physio. I’m less concerned with it going forward.

“Yeah, I’m looking forward to eating and getting some physio. And the tee time is obviously very nice and sociable tomorrow at 9:47. So not too bad with that.”