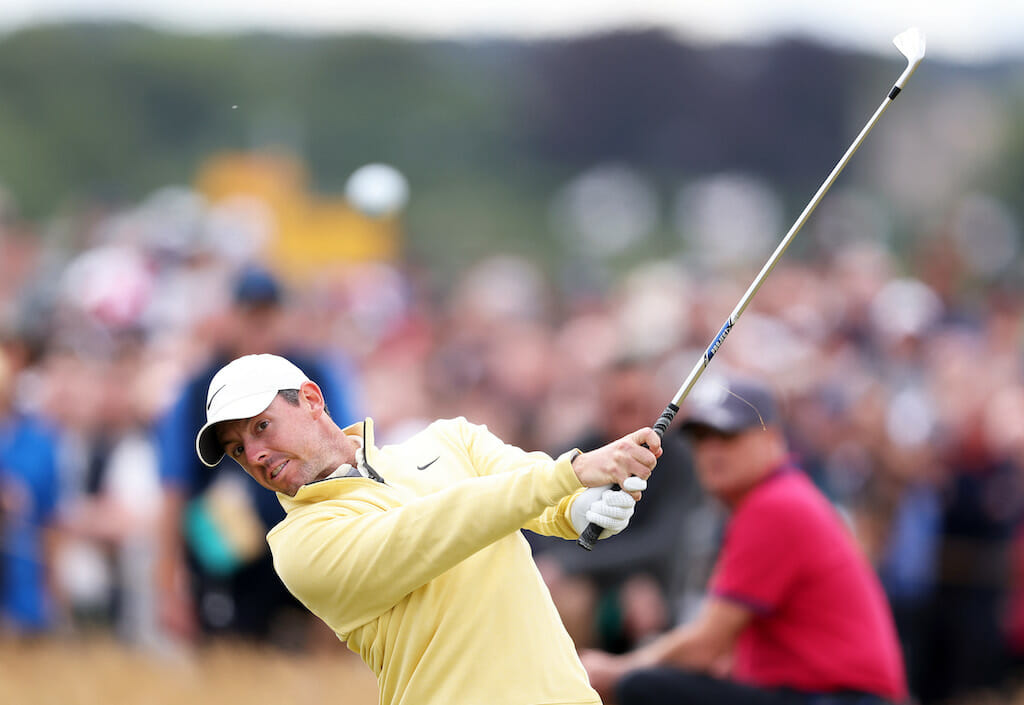 Rory McIlroy was rightly pleased after signing for a superb six-under par round of 66 to open his account at the 150th Open at St Andrews.

The twice Champion Golfer of the Year holed a 55-foot birdie putt on the first hole to kick things into gear and it proved to be a relatively stress-free opening effort from there, McIlroy’s putter behaving immaculately en route to seven birdies in total, including a brilliant two-putt at the last.

“I played well, very solid,” said McIlroy, who trails clubhouse leader Cameron Young by two strokes after the American opening with an eight-under 64.

“I birdied the holes that I should’ve birdied today, and only made one mistake. The way this golf course is playing, how firm and bouncy and tricky it is, it’s all about limiting your mistakes so only one bogey out there today was good.”

McIlroy was in blistering form over his first seven holes on Thursday, taking care of the par-5 fifth in ‘4’ before holing consecutive seven footers on the sixth and seventh to move quickly to four-under par.

He made a routine par on the par-3 eighth before a disappointing par at the reachable par-4 ninth saw him make the turn in 32.

McIlroy could only par 10 and 11, not taking advantage of the scoring holes in the famous Old Course loop but he would make amends on the 12th, finding the putting surface of the par-4 with a stunning tee-shot and two-putting to get to minus-five.

He would miss the green short on 13, leaving himself with a near-impossible up and down over the bunker before eventually lag-putting his fourth from 94-feet to make a good bogey ‘5’, his only dropped shot on the day.

It was a shot McIlroy would recover immediately on the par-5 14th and while he made three straight pars from the 15th, the pick of which was a brilliant up and down on the famous road hole 17th from short left of the green, he would have one final trick up his sleeve on the last.

Taking 2-iron off the tee, McIlroy chased a low left to right bullet to the left edge of the final green and much like he did all day Thursday, he managed the pace perfectly, two-putting for a final tap-in birdie and a brilliant round of 66 that leaves him right where he wants to be after a confidence inspiring opening day.

“I’m driving the ball well, and once I’m putting myself in the fairway, I’m giving myself chances because my iron play is that bit better than it has been,” McIlroy added.

“I’m putting well, I’m seeing shots well around the greens and I’m thinking well. I think that’s one of the most important things you can do this week is think well around this place. If you can do that, you know you’re going to be able to keep yourself in and around the tournament.”

Meanwhile, Shane Lowry recovered admirably after being three-over through four holes on Thursday to post an even par round of 72.

The 2019 champion found the gorse bush right off the second tee, taking a penalty drop before compounding the error by failing to get up and down from the edge of the green and succumbing to an early double-bogey.

Lowry dropped another at the fourth but recovered with a birdie on the fifth and with a positive and patient attitude throughout his opening round, he was rewarded with three more birdies, narrowly missing out on a fourth at the final hole, though he will need more from his flat-stick tomorrow to get himself back into contention.