Mullarney’s Christmases come at once alongside DeChambeau in Doonbeg 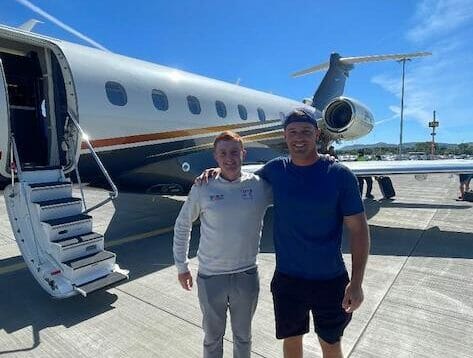 Ronan Mullarney about to board the Bryson express

“It’s been the most incredible experience and the Open Championship hasn’t even started yet!”

Yet while those good enough to have played their way into the 150th Open celebration have been waxing lyrical about their time at golf’s historical home, Mullarney is still buzzing after spending time with the one player he’d earmarked for a chat long before qualifying. And he didn’t even have to leave Ireland to do it.

“As soon as I qualified, I knew Doonbeg was the place I wanted to practice,” says Mullarney who had Doonbeg and fellow Galway member Dave Scully to thank for making it all happen.

“Dave couldn’t do enough for me. He phoned me up to say he sorted it all and as I was about to hang up the phone, he said ‘Ronan, hold on a minute, you won’t be the only one there’.

“He said ‘yeah, there’s another guy going to be down there who’s also getting ready for the Open’.

It’s no wonder Mullarney was still audibly excited recounting the tale. When we sat down together in Carton House back in 2019, it was very clear that the then Maynooth student had an affinity to the flat capped wearing American. In fact, they had quite a lot in common.

Mullarney’s dad, Tom was the first certified instructor of ‘The Golf Machine’ in Ireland in 2003. If you don’t know it, it’s a manual on golf, one studied by DeChambeau himself.

Back then, Ronan told me; “Dad had my clubs bang on for me from the age of 12 when I didn’t even need them bang on and as a consequence, I’ve become very analytical and hands on with that stuff now too.

“I look at the likes of DeChambeau and I think he’s brilliant. I don’t know him personally, I’d like to, but I just think it’s the way he says things sometimes that gets him in a bit of trouble. I don’t think you have to put it out there that much.”

Fast-forward to July 2022 and Mullarney was more than grateful that DeChambeau was in a sharing mood. From Wednesday to Friday, the former Irish Close champion was granted access to one of the most unique minds in golf, even practicing alongside DeChambeau and his caddie, Brian Zeigler, who’s also a professional, trading notes and honing their links skills in blissful isolation.

“They were the nicest people you could possibly meet. He couldn’t have been better with his time. I spent hours with him,” Mullarney says, challenging the pre-conceived ideas surrounding the former U.S. Open champ.

“He was the one guy I wanted to meet but just because I had the chance, he could’ve wanted to be tucked away doing his own thing.

“It was literally the complete opposite. There was no question that was off limits. I’ve never met someone in the public eye who’s that generous with their time.”

Mullarney was so excited to pick Bryson’s brain that he arrived to Doonbeg armed with a list of hand-written questions hoping the American would answer a couple.

“He spotted the list in my hand,” Mullarney recalls.

“He said, ‘I see you’ve questions there’”, to which Mullarney laughed, caught between blushing and pure disbelief, before handing them over, only for DeChambeau to go through each one individually.

In fact, DeChambeau was so invested that the pair sat down for lunch – twice – Bryson’s team leaving the two lads to chew the fat,  realising they’d gone down a rabbit hole of technical analysis and it would be a while before they resurfaced.

“I did wonder, especially when it came to the technical stuff, that if he spent hours trying to figure this stuff out, how open he would be about sharing it,” Mullarney says.

“He was giving me some insights into what he does and without me asking him why he was so generous with giving out the information, he goes ‘I can give you this because I’m confident you’re not going to outwork me’. I loved it. It was motivating!”

And that’s not all. When I spoke to Mullarney a fortnight ago after he qualified for this week’s event, he wasn’t about to get lost in the romanticism of the occasion.

It made sense. Having recorded two encouraging finishes on his usual EuroPro Tour stomping ground in June – a T12 at Donnington Grove and a T23 at Studley Wood – Mullarney earned just £700 for the former and £426.50 for the latter… before expenses. Throw in a missed cut either side and things start to get expensive, fast:

“You have to remember that we’re playing for a max prize of £12.5k on the EuroPro every week, and that requires really good golf to win. If you make the cut at The Open, I don’t know what it is but it’s more than £12.5k!”

And Mullarney’s right… 70th place this week takes home a cheque worth around $32,000. Chump change to someone of Bryson’s bulging wealth but significant to someone like Mullarney in the fledgling stage of his career.

Yet if Mullarney wanted a glimpse into what could be a lucrative future, DeChambeau had one last surprise for his new friend from Ireland. It was the Friday, or day three of the budding bromance, when DeChambeau turned to Mullarney to ask how he was planning on making his way to St Andrews.

Mullarney was flying out of Dublin. Bryson had other ideas:

“He said, ‘well we’re flying out of Shannon if you want to come with us?’ … Private jet to Edinburgh!

“I’m not making this up. I took a video just to be safe and I’ve a boat load of pictures! I don’t care if I sound like a fanboy. It was unreal!”

Mullarney was so taken by his encounter with golf’s mad scientist that before boarding the plane at Shannon, he was determined to find a gift for DeChambeau and his team in return…. but what do you get the man who has everything?

“I know they’re into their sports so I got them all Galway jerseys! I’m sure he can’t wear it at St Andrews but Bryson’s manager, he’s so laid back he nearly falls over, goes ‘dude, I’m going to wear that on the Old Course!”

Whether the Galway jersey makes an appearance on golf’s hallowed turf remains to be seen, but the magnitude of Mullarney’s maiden Major voyage might seem less daunting than before off the back of his surreal experience in Doonbeg.

While Doonbeg in itself provided ideal links preparation, Mullarney now believes the added bonus of fine-tuning his prep in close quarters alongside one of the game’s most recognisable stars in DeChambeau can only help him deal with the weight of the occasion.

“It could not have been better preparation,” Mullarney says, having also played practice rounds with the likes of Min Woo Lee, Nicolai Hojgaard and Abraham Ancer. 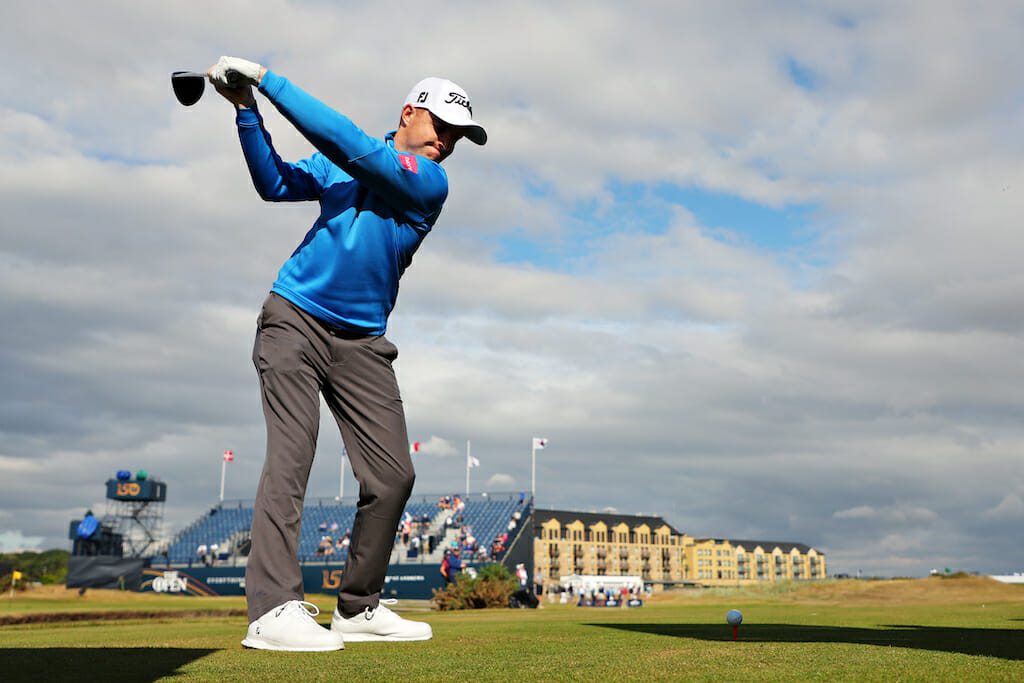 “To be able to familiarise yourself with someone who you’ve sort of put on a pedestal is big, because really, apart from him, there’s only Tiger and he’s been here twice and I still haven’t seen sight nor sign of him and I’m on the golf course, and staying in the Old Course hotel.

And if further encouragement was needed, one thing DeChambeau doesn’t boast is winning course form around this week’s iconic host venue where Mullarney triumphed in 2018 at the R&A Foundation Scholars Tournament.

Of course, this week represents a totally different proposition but the western outsider certainly isn’t there to make up the numbers, though he’s also refusing to put any expectations on himself ahead of a potentially life-changing week.

“It’s very rare that I’d set out saying I’m going to win this, I don’t think that makes a difference,” Mullarney says.

Mullarney is part of the last group out on the opening day alongside Jack Floydd and Lars Van Meijel at 4.16pm.