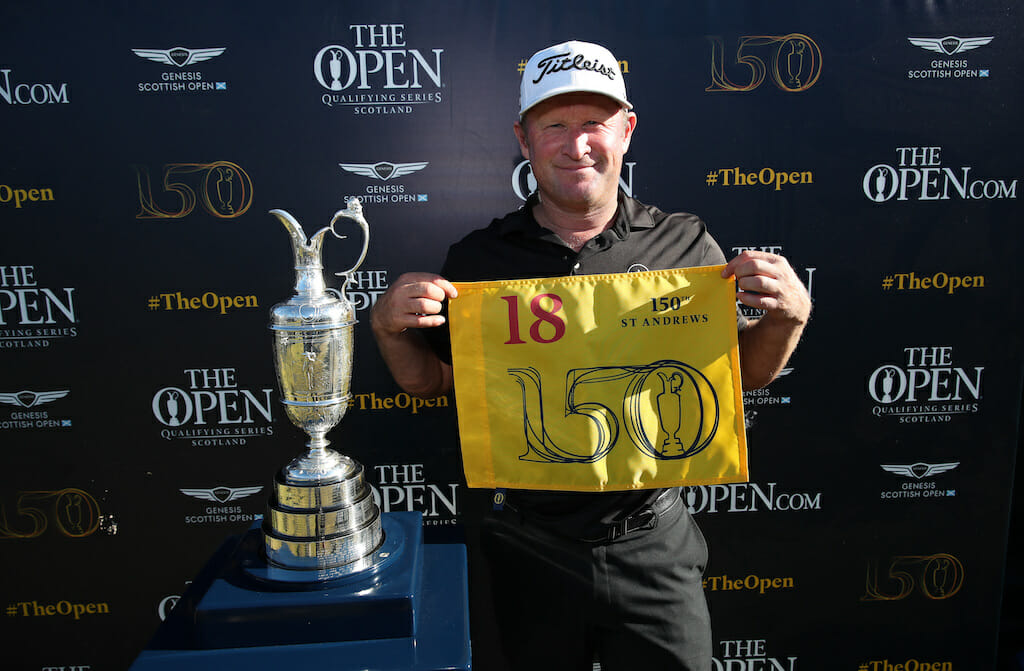 The Welshman joined Kurt Kitayama and Brandon Wu who also secured their places after qualifying through the Genesis Scottish Open, while American Trey Mullinax earned the final spot in the field via the Barbasol Championship.

Donaldson, Europe’s Ryder Cup hero at Gleneagles in 2014, made three birdies in four holes from the 12th to secure his spot at St Andrews after finishing on three-under after a 67 and a tie for sixth place. The Welshman, 46, felt a bogey at the par-5 16th could have proved costly but he did enough to secure a seventh appearance in The Open and his first since 2016. He tied 49th at the last Open in St Andrews in 2015.

“It’s my first appearance in The Open since 2016 so it’s fantastic to be able to play St Andrews again, something I’ve done before. For The 150th Open it’s extra special to be there,” said Donaldson who birdied five of his last seven holes to win the Irish Open by four strokes at Royal Portrush in 2012.

“I played really good today and the three birdies on the back nine were really big for me. To have five birdies and only two dropped shots, it was a good day’s golf as it was difficult out there if you were out of position.

“It’s difficult knowing you have to post a score to reach The Open. I’ve been here before when I nearly got into Royal Portrush in 2019 so it’s nice to do it this time around.”

Played at The Renaissance Club in East Lothian, the Genesis Scottish Open was the 15th event in The Open Qualifying Series, which gives golfers around the world opportunities to book their place for the historic occasion at St Andrews this coming week.

In glorious final day conditions, the DP World Tour event was won by the already exempt Xander Schauffele after the American posted a winning total of seven-under-par 273, becoming the winner of the first event co-sanctioned by the DP World Tour and the PGA TOUR. It was also Schauffele’s third success in-a-row as his form continues ahead of the challenge of the Old Course.

Kitayama finished just a stroke behind after posting a clubhouse target of six-under-par thanks to a four-under 66, aided by four birdies in his first seven holes. The American, a two-time winner on the DP World Tour, will be making his third Open appearance as the 29-year-old aims to make the cut for the first time.

On The Renaissance Club’s tough closing stretch in the later windy conditions, it was Wu who benefited after the American, 25, posted a three-under total two-and-a-half hours before the leaders had finished. Dane Rasmus Hojgaard and the USA’s Alex Smalley both bogeyed the 18th to allow Wu, who closed with a 67, to secure only a second Open appearance.