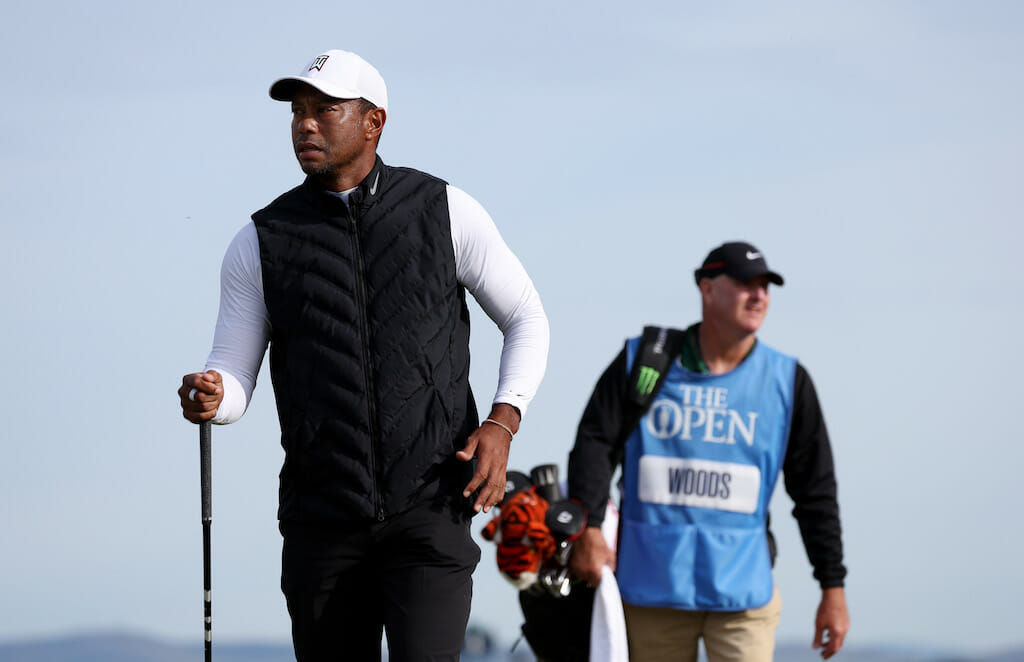 Nick Faldo believes winning this week’s Open Championship is beyond Tiger Woods, regardless of his course form at the venue.

Woods was a runaway winner in 2000 and 2005 at St Andrews but Faldo believes the toll Woods’ most latest horror injury has taken on his body following an SUV crash 17 months ago is likely to be a bridge too far to come back from for the 15-time Major winner.

“Physically, he played at Adare Manor and was in a cart for a couple of days to rest the leg. The physical challenge is just walking a golf course and even though St Andrews looks flat, there’s so many twisting undulations walking that course, it’s going to be physically really hard work for him.

“Even if Tiger was fit and strong, he doesn’t play much, and these kids are young and strong. Who knows what we’re going to get from Tiger, where he mentally is and what he’s thinking.

“If you’re going to retire then this is the place to retire, but is it too early? What does he know and what does he believe about his leg or his golf game? What possibilities are out there? I don’t know – Tiger always keeps this very close to his chest.”

While Faldo ruled out the possibility of another Woods victory march, he can’t see Sunday’s champion being a player outside the current top-15 ranked golfers in the world.

“Looking at the top 15 in the world, I would be surprised if you got a winner from outside of that because they’re all so strong,” Faldo said.

“St Andrews is so special. It’s such a historic town, great atmosphere and the golf course is one of the greatest in the world – it’s a different challenge but it’s a historic challenge.

“Right now, Scotland is getting some beautiful sunny but really windy weather. If it’s a stern test, which we would obviously love, then there’s quite a bit of emphasis on the luck of the draw and how you cope with that for the four days. Having said that, I think you’ve got to look at the obvious names.”