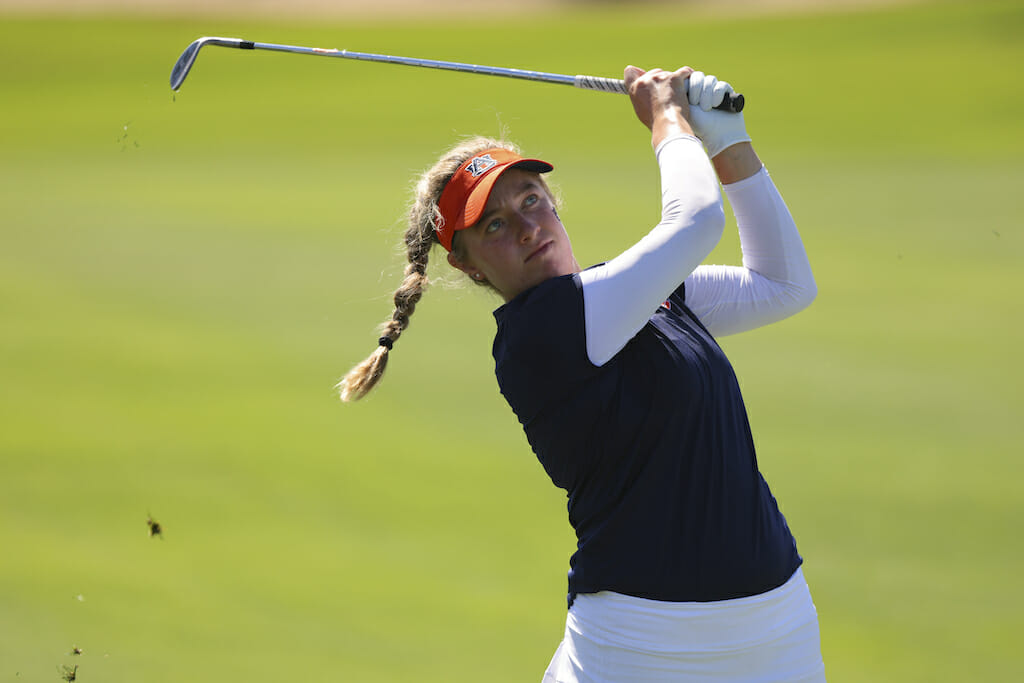 Ireland ended the European Amateur Team Championships with four top-10 finishes despite some mixed results on the final day.

The Irish women lost their Flight B final to France at Conwy Bay but they still took 10th place overall.

Aine Donegan and Anna Foster’s superb foursome partnership was scuppered as they were held to a half point by French duo Candice Mahe and Marine Griffaut.

That was as good as it got for the girls in green as Sara Byrne and Lauren Walsh both suffered heavy defeats and tallismanic figure Beth Coulter was beaten 3&2 as Ireland went down 4-1.

Galway’s Liam Nolan was the hero for the men’s team at Royal St George’s as he secured the winning point as Ireland secured 5th place in Flight A.

Nolan, no stranger to having to hole winning putts after his excursions in last year’s home internationals won 3&2 over Italy’s Pietro Bovari.

Caolan Rafferty and Hugh Foley gave the Irish the perfect start with a 2&1 foursomes win before Robert Moran romped to a 4&3 victory.

The Irish girls ran out comprehensive 4.5-0.5 winners over the Netherlands as they took ninth place while the boys won 3-2 against Finland.