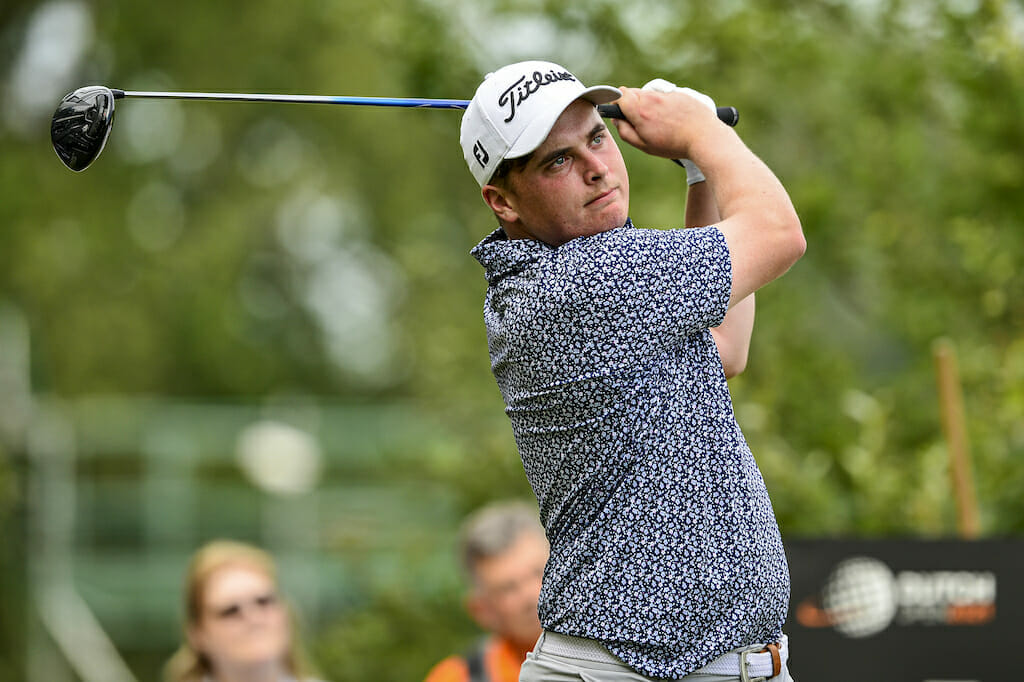 A late double-bogey saw James Sugrue fell down the leaderboard in his final round at the Alps de Las Castillas in Spain as Italy’s Gregorio de Leo picked up his second win of the season on the Alps Tour.

The Mallow man didn’t come into the final round with a great chance to win but was in position to potentially work his way into the top-10, however a muted third day saw him fall down the standings at Golf de Club Soria.

Sugrue had looked to be on for a good finish after seven birdies and three bogeys in his first 15 holes, which had him just outside the top-10, but a double-bogey at the par-four 16th resulted in a two-under 68 that left him in a share of 24th at five-under-par.

That left him nine shots off winner De Leo, who picked up his second Alps Tour title of the season and is on the verge of moving up to the Challenge Tour after a one-shot victory over Matthias Eggenberger in Spain.

The Italian, who won the Memorial Giorgio Bordoni earlier this year, closed with a five-under 65 to set the clubhouse target at 14-under-par, which would not be bettered as Eggenberger’s 64 saw him finish closest at 13-under.

“I’m very satisfied. Yesterday I was expecting 15-under to be the winning score and I was very close. Today I putted very very well. Today was an incredible day. I’m very happy. My putting definitely helped me a lot to win this week,” said De Leo.

“I wasn’t expecting to win another tournament so I’m not sure yet how I will my strategy change going forward. I will speak to my coach once I’m home and decide what’s best. I would like to play maybe a couple Challenge Tour events to see how the courses are different and my game compares to their but we will see.”

Meanwhile, three consecutive birdies to finish his final round after starting with a double-bogey saw Jonathan Yates card a three-under 67 and finish his week at three-under-par and in a tie for 29th.

And four birdies and four bogeys in a closing 70 for Gary Hurley meant he finished his tournament at two-under-par and in a share of 36th.