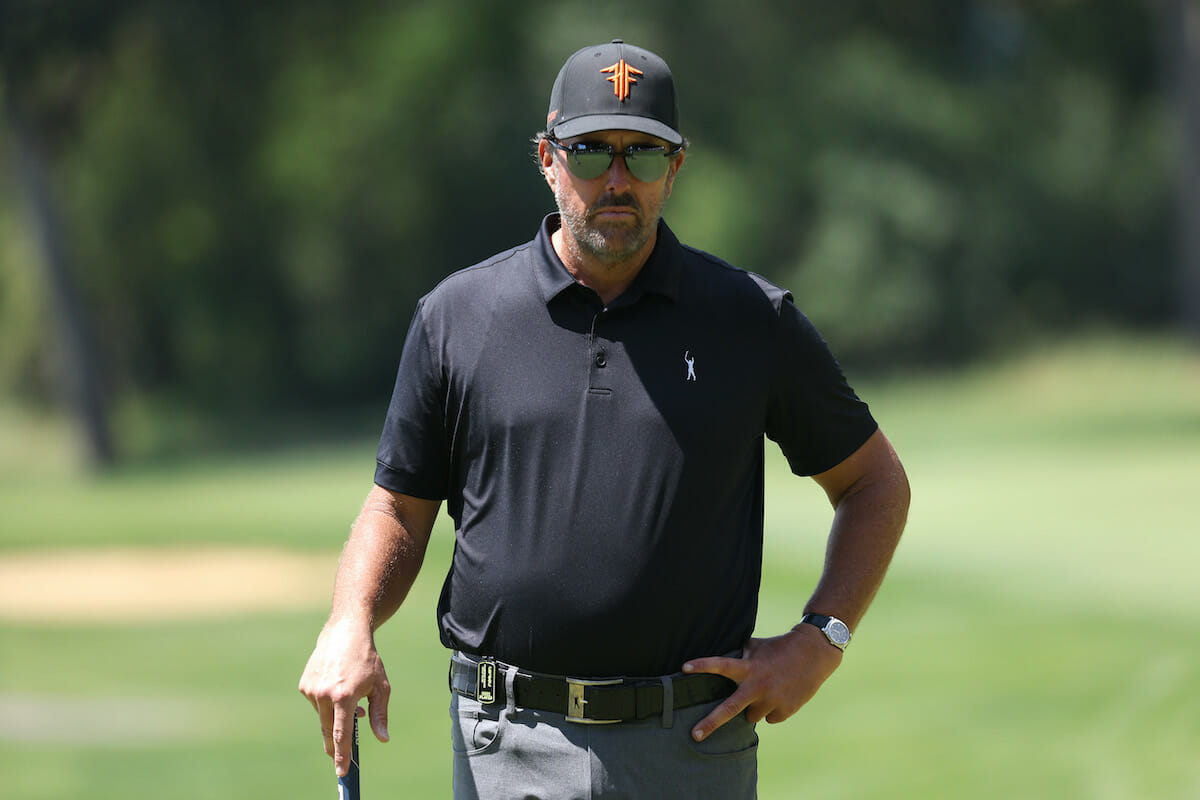 It’s just not what the R&A wanted. With the 150th Open Championship now just a few days away, golf’s oldest major is embroiled in continuing controversy.

As Phil Mickelson, the 2013 Open Champion was out practicing Saturday on the Old Course, we learned he has formally advised the R&A of his withdrawal from Monday afternoon’s former champions 4-hole challenge while he’s also advised Martin Slumbers, CEO of the R&A, he is not attending Slumbers hosting of Tuesday night’s Past Champions dinner in the R&A clubhouse.

Adding to the controversy is confirmation via an R&A press release that Norman’s request to compete this week has been refused.

In a statement, the R&A said: “In response to enquiries regarding The R&A Celebration of Champions field and the Champions’ Dinner, we can confirm that we contacted Greg Norman to advise him that we decided not to invite him to attend on this occasion.

“The 150th Open is an extremely important milestone for golf and we want to ensure that the focus remains on celebrating the Championship and its heritage. Unfortunately, we do not believe that would be the case if Greg were to attend. We hope that when circumstances allow Greg will be able to attend again in future.”

Norman won the 1986 and 1993 Open, and while critical of the R&A’s decision, it’s very much a case of the pot calling the kettle black with Norman extended an invitation each time The Open was at St. Andrews but due to a series of incidents since Norman’s last Open in 2009, the proud Aussie simply would not bury the controversy hatchet and move on.

Indeed, Irish Golfer Magazine revealed earlier this year, Norman has been extended an invitation to attend the Past Champions Dinner in both 2010 and 2015 when The Open was at St. Andrews but on each occasion he has declined. Now all of a sudden Norman wants to be present and expects the red carpet dusted down and rolled-out for the now 67-year-old

Norman responded: “I would have thought the R&A would have stayed above it all given their position in world golf.

“It’s petty, as all I have done is promote and grow the game of golf globally, on and off the golf course, for more than four decades”, said Norman

Of course, Norman and Mickelson are the face of LIV Golf and therein lies this continuing root of controversy that is now clearly set to colour the opening days of this year’s final major.