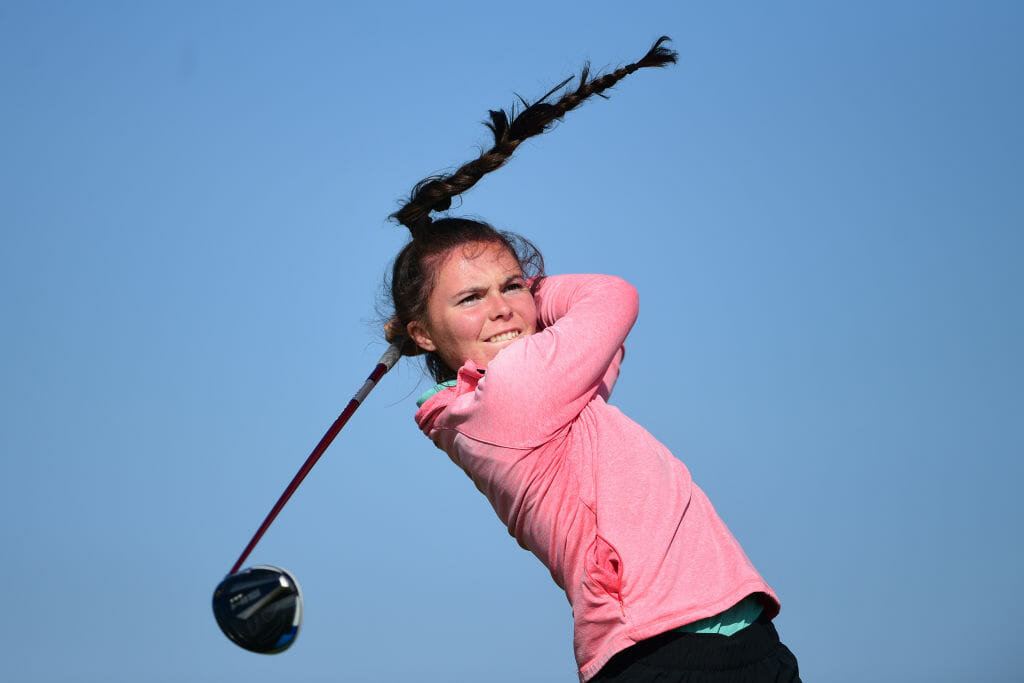 Beth Coulter’s fabulous season continued after she emerged as the hero for the Irish ladies team at the European Team Championships at Conwy Golf Club in Wales.

Coulter beat Switzerland’s Caroline Sturzda on the 19th hole in the anchor match of Ireland’s flight B knockout match as the girls in green won 3-2.

The Kirkistown native was in the anchor match of the tie and she showed why she is the reigning Irish Girls Close and Irish Women’s Close champion.

In the top match Aine Donegan and Anna Foster combined in the foursomes to beat Chiara Tamburlini and Ginnie Lee on the 18th.

It was an unhappy return to matchplay for Lauren Walsh at the site of her Walker Cup debut as she fell to a 2&1 defeat to Victoria Levy before Sara Byrne won 2&1 and Kate Lanigan lost 2&1.

The girls will face Austria in the semi finals.

Meanwhile there was heartbreak for the men in their Flight A quarter-final against Spain as they went down 4-3.

The boys in green put in trojan work to make it into the quarter finals after five of the six players shot rounds in the 60s in the second round of qualifying with Caolan Rafferty’s 65 proving crucial.

The Dundalk star will have nightmares about David Puig after losing 1UP alongside Robert Moran in the foursomes before coming out on the wrong side of a 7&6 drubbing in the singles to the LIV golfer.

Ireland got off to the ideal start against the Spaniards with Mark Power and Liam Nolan combining for a 2UP foursomes win in the top match.

Unfortunately four losses on the spin in the middle of the tie proved critical and late wins for Nolan and Matthew McClean weren’t enough to turn the tide.