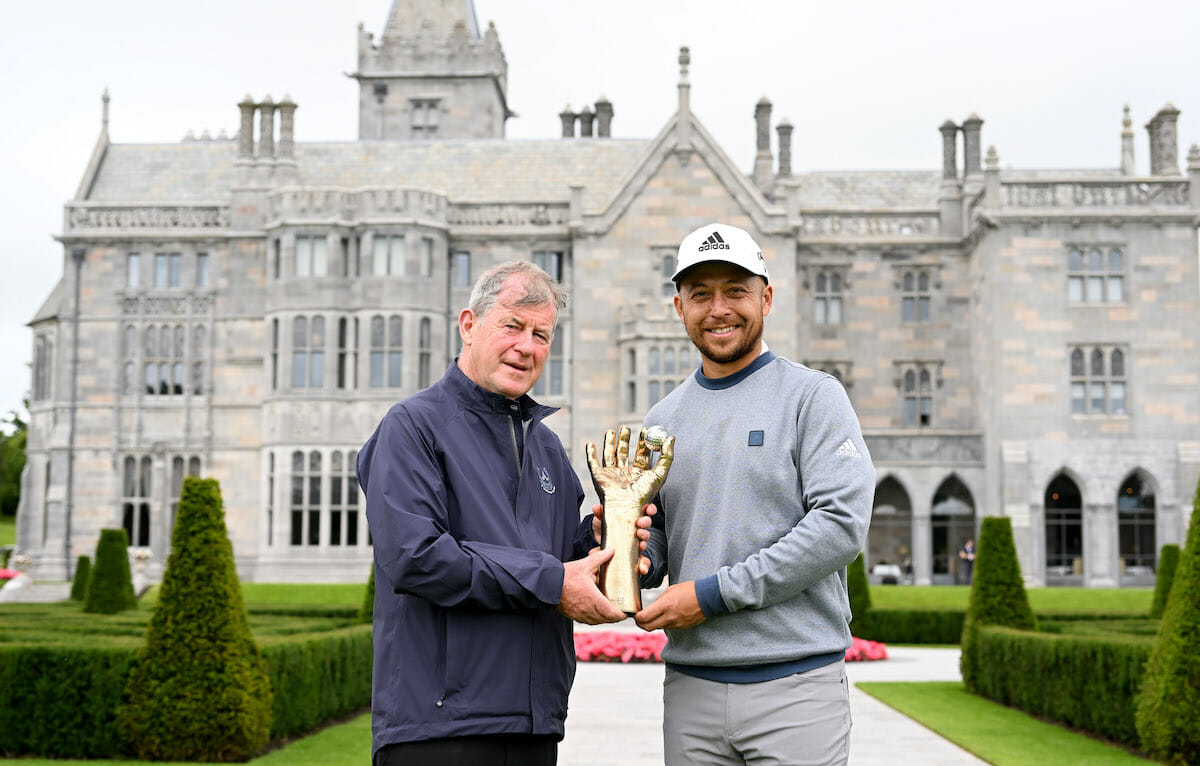 Xander Schauffele went wire-to-wire to win the JP McManus Pro-Am by one shot at Adare Manor in Limerick in an event that raised money for charities in Ireland.

The American followed up a course record eight-under 64 with a solid two-under 70 to take the title by the minimum on ten-under as Sam Burn ran out of holes.

Teeing off with a four-shot lead the Olympic gold medallist carded three birdies and a bogey in his opening eight holes to establish a six-shot cushion and after finishing with eleven successive pars he had to play the waiting game all afternoon as the later starters gave chase.

There are worse places to let time go by.

Burns carded a seven-under 65 to finish on nine-under while Shane Lowry finished a shot further back on eight-under.

Burns carded three birdies in a five holes stretch from the 11th as he mounted a late charge but he could only birdie the par-5 18th when an eagle was required.

Clara’s Lowry found himself two off the lead with six to play but his charge fizzled out with a bogey, birdie run and a run of pars to finish.

Tyrrell Hatton was four adrift of Schauffele after round one and he closed with a three-under 69. The Englishman needed a final hole eagle to tie with the American but he carded a bogey six.

Back-to-back birdies saw Pádraig Harrington finish in style and match the course record with a fabulous 64.

The Dubliner has been riding the crest of a wave over the last fortnight and he thrilled the home fans before heading across the pond to the Scottish and Open Championships.

Rory McIlroy gave the Adare crowd a rousing finish of his own with four closing birdies as he left his mark on home soil after missing last week’s Irish Open, although he is playing in 2023.

In the end it was a share of 6th for McIlroy on five-under alongside forgotten man Rickie Fowler.

Seamus Power shot a one-over 73 for a two-under total alongside Graeme McDowell who shot a one-under 71.

Paul Dunne was plus one while Leona Maguire and John Murphy were locked together on four-over.

The Gerry McManus Team tasted victory in the team event after reaching 37 under par over the two rounds.