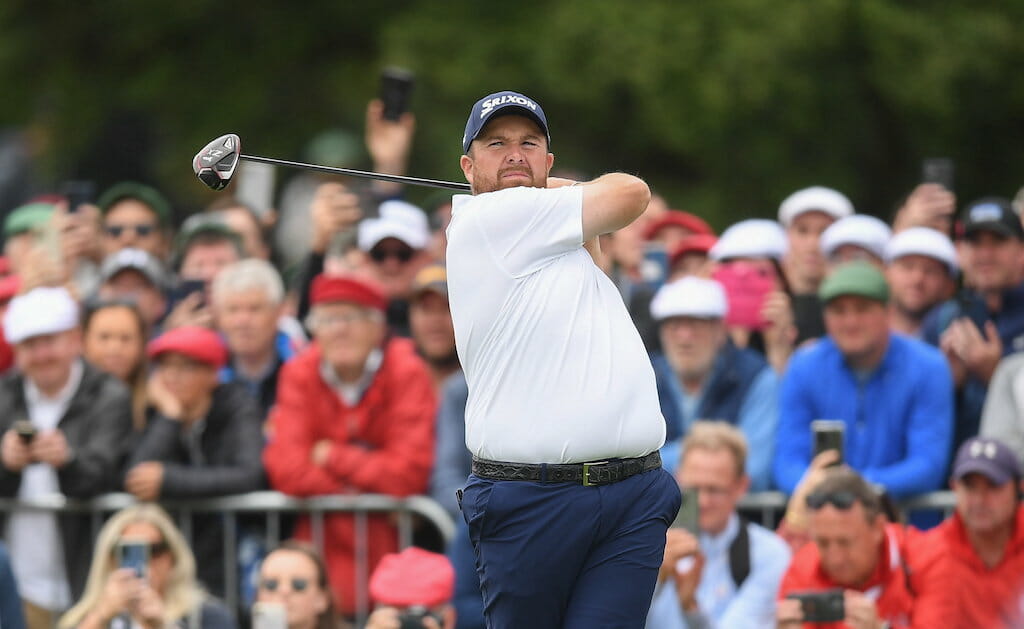 It’s almost three years to the day since Shane Lowry last won silverware, but should he win again in the future, none will taste as sweet as the 2019 Open Championship in Portrush.

The Clara native announced himself as a world star when he held off Tommy Fleetwood on that wet and windy day as he sent the Irish fans into raptures on that famous Sunday.

Lowry will arrive at St Andrews after a T-37 on his Open debut in 2010 and a missed cut in 2015 and he admitted that if he could win only one event for the rest of his career, he would want it to be the Open.

“Obviously you look back at The Open in Portrush and I just feel very fortunate I got to achieve something like that to be honest,” reflected Lowry.

“Like obviously I would have loved to win an Open anywhere but to do it in Portrush and do it how I did, it was obviously extra special. I still don’t think, and I said in another interview early on, I was fortunate to win the Irish Open as an amateur and I didn’t think I could top that and winning Portrush on 18 green would maybe get better than that out here.

“It’s probably the one tournament that I would play in my whole career that I would really want to win more than anything else was that tournament in Portrush and I got to do it so that was pretty cool.”

Lowry was speaking to the media ahead of his second round of the JP McManus Pro-Am that has left some of golf’s biggest stars in awe at the quality of Adare Manor. Lowry feels that JP has done such a fantastic job that the players [and their wives!] would come back in a few weeks without hesitation.

“I couldn’t tell you how many people have asked me that over the last couple of weeks and still don’t have the answers,” Lowry said when asked how JP does it.

“I think when you get here and you just see the hospitality that everyone gets, how good a time everybody is having, speaking to a few of the American golfers, they can’t believe how good the place is. The wives are getting looked after; that’s a big thing, keep them happy and the players will be happy. It’s been an incredible few days.

“If he was to have it again in a few weeks’ time, I think everyone would come back again. That’s a testament to what they have done here this week.”

Of course, there a lot of LIV players in the field this week but the Offaly man insists that the atmosphere is good behind the scenes, even pointing at Lee Westwood walking by the press area and saying, “I like him,” to which Westwood replied, “I love you.”

“Look, like we all said, everyone has their own decisions for their own stuff and what’s been here, we’re down in the bar every night for a barbeque. We have the gala tonight, we are all sitting around having a good time and that’s what we are here for.

“We are not here for anything else other than to raise a lot of money for charities and charities around the Limerick area. Yeah, that’s all I really have to say on that.”