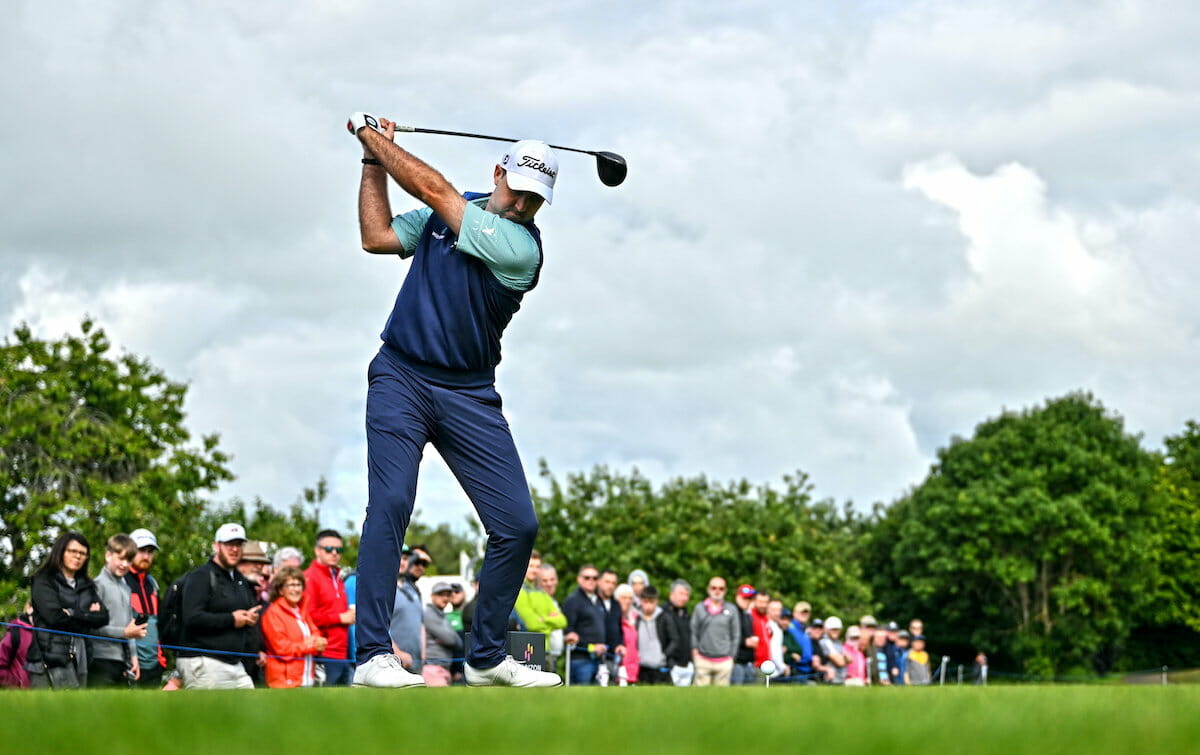 “I don’t know,” said Niall Kearney when asked when he would next be teeing it up on the DP World Tour as the stark reality of having a restricted category hit the Dubliner after a thoroughly enjoyable four days at the Horizon Irish Open in front of home fans.

Kearney joined Seamus Power, Pádraig Harrington and Shane Lowry at the JP McManus Pro-Am where he’s been treated like royalty as first reserve ahead of a hopeful appearance in the two-day event.

Kearney, who has category 18 status, will be hoping that he can get into the Cazoo Open in Hillside which kicks off the English swing on the 21st of this month but despite it being a low ranking event, there are still no guarantees. He could play the next four weeks after the Open Championship, just one, or even have no starts before August.

The Royal Dublin golfer was desperately unlucky not to earn a full DP World Tour card last term after finishing 8th in the stroke average from his limited starts. While he has made six out of seven cuts this season demonstrating he is evidently comfortably good enough to carve out a solid career on Europe’s top-tier he is visibly frustrated by his lack of opportunities.

The Irishman has been in good form with two top-15s including last week in Germany but instead of being able to build momentum and continue playing well he has to wait.

“Just about getting the starts, this is my seventh DP World Tour start this year, after playing so well last year that’s a little bit annoying. So hopefully get another seven or eight starts and hopefully make the most of it.

“It’s just very annoying to be honest, there’s four events in the English swing coming up and hopefully I get into all of them, the four, but I don’t know whether I will get any of them at the same time so it’s a waiting game for me which is difficult to plan but it’s just where I’m at.”

The 34-year-old played his final round of the Irish Open alongside fellow Irishman Power. The pair have been good friends having played amateur golf together and roomed together in Tennessee.

Power’s career until 12 months ago was not all too dissimilar to Kearney’s having grafted for a living on the mini tours and battled extremely hard to preserve his PGA Tour card from limited starts in America.

Now the 35-year-old has become one of the world’s most consistent players, has won on the PGA Tour and has found his feet in major championships. If Kearney was looking for inspiration he need only have looked across the fairway on Sunday.

“Seamus has really driven it on the last couple of years and it’s great to see him playing so well, he hit some super shots out there today, he’s got an all round game with no weaknesses and I’m going to try drive it on now and see can I reach the same level,” said Kearney.