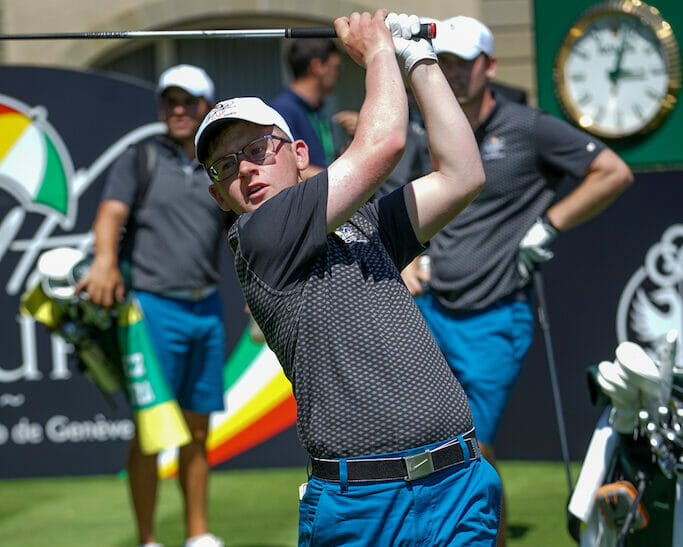 The opening round of mixed four-ball action for the 2022 Arnold Palmer Cup is officially underway with Maynooth University’s David Kitt representing Ireland at the prestigious event.

The Arnold Palmer Cup tees off Friday morning at 8:30am ⏰ pic.twitter.com/WpDZCixolG

Athenry man Kitt earned his Palmer Cup debut courtesy of winning the R&A Student Series Order of Merit, with one victory on the books at the season opening event at Fairmont St. Andrews.

“To play with the best in the world against the top Americans is incredible,” Kitt said, who adds to Maynooth’s rich history at the Palmer Cup, joining twice capped Gary Hurley and Stuart Grehan, recent Open Championship qualifier Ronan Mullarney, plus Caolan Rafferty and Allan Hill in lining out amongst the world’s best college golfers.

“We’re absolutely delighted for David,” said Barry Fennelly, Golf Programme Manager at Maynooth, who also serves as an Assistant Coach to the international team this year.

“It’s going to be a big step up for him but he’s earned the right to play and I have no doubt that he’ll do well.

“David is the sixth Maynooth player to earn selection and it’s exciting for Maynooth as a whole to have a player on the team, and myself involved as an Assistant Coach. It’s going to be a very cool experience.”