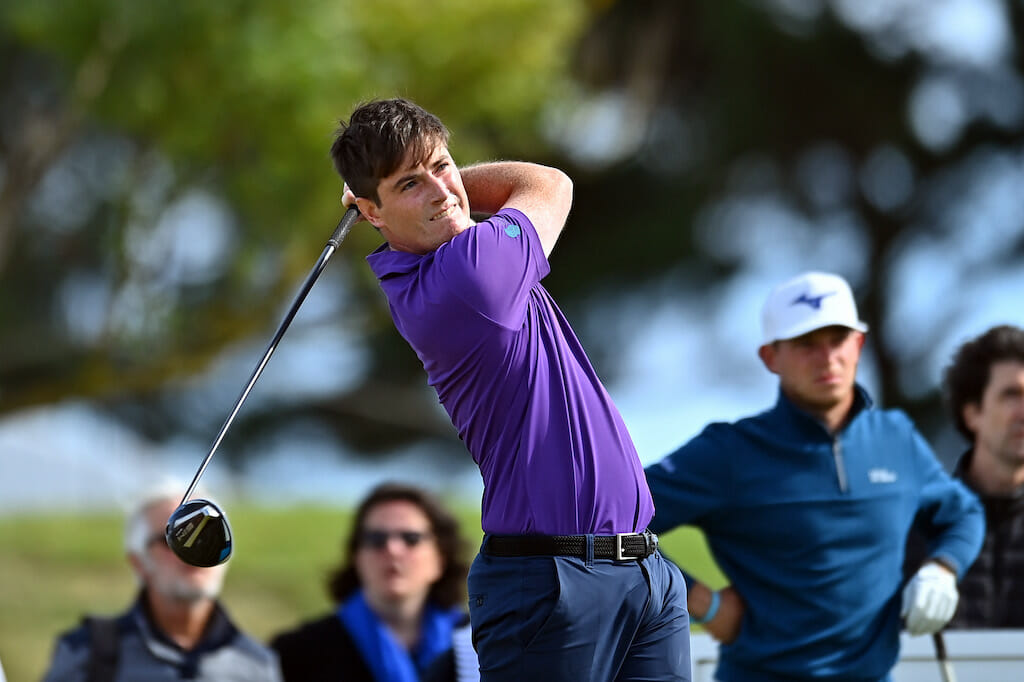 Ballymena’s Dermot McElroy will play in the final group of The PDC Championship on the PGA EuroPro Tour and will start the final day just two shots off the lead after a superb second round at Abridge Golf Club.

The 28-year-old, who has already won once on the satellite tour, notched an eagle, six birdies and a bogey in a seven-under 65 on day two to soar up the leaderboard to 10-under-par and into a share of second place.

McElroy missed out on a play-off place for a spot at The Open at Final Qualifying by a shot on Tuesday, but he has bounced back from that disappointment well by putting himself in contention for a second EuroPro Tour win heading into round three.

He had held the lead for long stretches of the day, the Ballymena man out early in the second round and posting the early number, which was eventually matched when Nick Marsh shot a second consecutive 65 and then Daniel O’Loughlin carded a 66.

But the man they’re chasing is Wales’ Jack Davidson, who started the day second but carded an eagle, six birdies and two bogeys in a 66 of his own to reach 12-under-par, which sees him lead by a couple with 18 holes to play.

Limerick’s Tim Rice signed for seven birdies and a bogey in a 66 of his own to move up to seven-under-par and inside the top-10 heading into the final day, while Whitehead’s John-Ross Galbraith was the only other Irish player to make the cut after a second consecutive 71 took him to two-under and inside the top-50.

Dundalk’s Daniel Mulligan will be disappointed to miss out as a two-over 74 saw him miss out by two shots at level-par for the week, while Tullamore’s Stuart Grehan gave himself hope with a bogey-free 68 but at one-over he was three shots too many.

PGA Catalunya’s Luke Donnelly was under par on day three with a 71 but missed out at two-over, while Galway’s Ronan Mullarney finished his week at three-over after 75, although he likely will not be too disappointed after starting his week by qualifying for The Open.