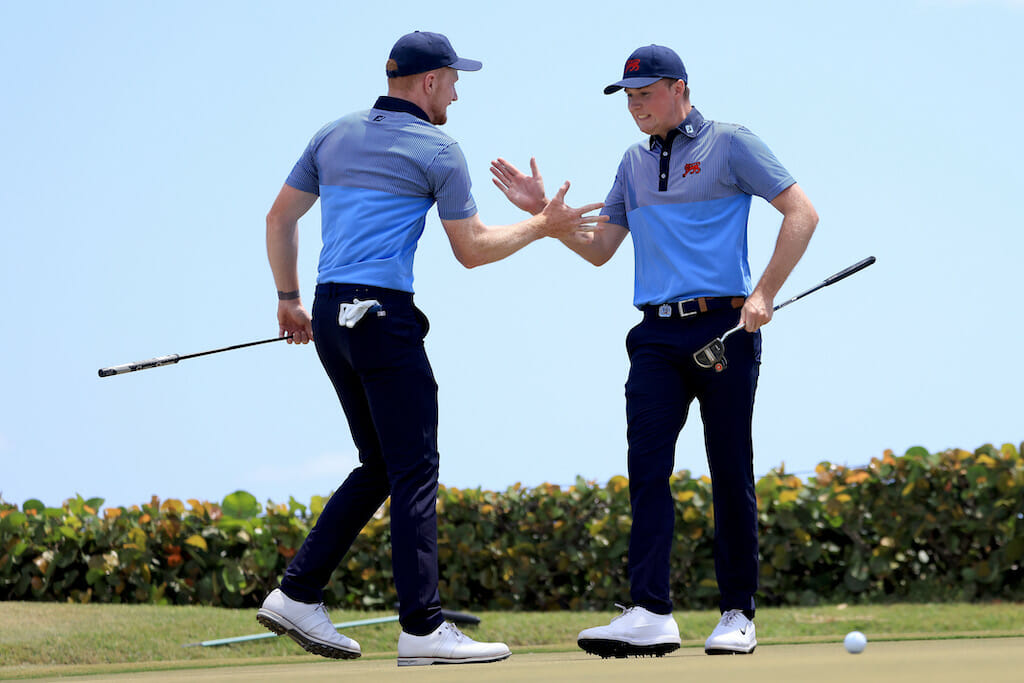 John Murphy (L) and Mark Power at The Walker Cup at Seminole Golf Club on May 09, 2021 (Photo by Sam Greenwood/R&A/R&A via Getty Images)

Kinsale’s John Murphy is hoping to make his stay in Kilkenny an extended one this week, much like his gracious host, amateur Mark Power after the pair made bright starts at Mount Juliet.

The former Walker Cup teammates are both on a mission to play all four rounds this week; Challenge Tour regular Murphy playing for rankings and riches in his first appearance at the tournament while local boy Power looks to play his way into the weekend for the second time in three renewals after falling four shots shy of the feat in Kilkenny last year.

Murphy’s two-under 70 proved two shots better than Power’s even-par start and while both young pretenders relished the atmosphere and showed plenty of promise on day one, they each left the course feeling like their play warranted slightly more.

“I missed the cut by a couple of shots last year and felt I could’ve made a lot more of how I played so I don’t want to be looking back at the end of this week and feeling the same,” said Power, a Mount Juliet member

“I’m a little frustrated with the score. I’d got to two-under and I’d a good chance to go to three after 10 but I missed that and made three bogeys in a row.

“That turned things on their head. You’re thinking you have a good round going and all of a sudden you’re in grind mode but I felt like I bounced back well and to birdie the last was nice.” 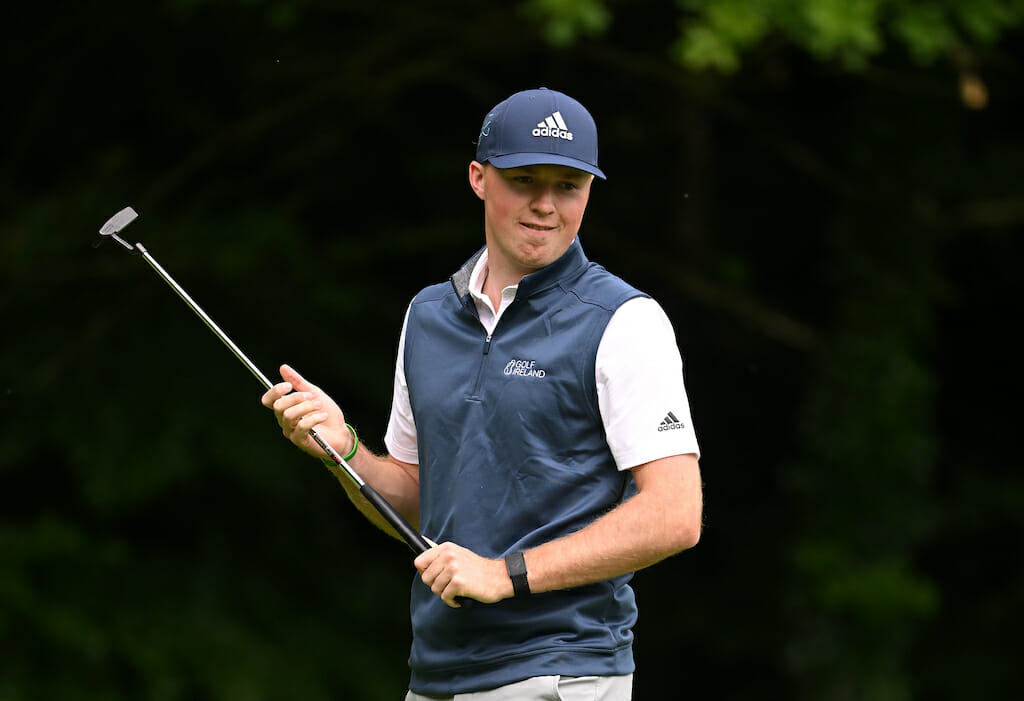 The Wake Forest student carded four birdies and four bogeys across his opening day and sits just inside the top-100 and two shots back of Murphy who made light of arriving with just nine holes of practice under his belt to post three birdies and one dropped shot in a fine opening score.

“I felt comfortable out there, I played lovely,” said Murphy, who played 36-holes of Open Qualifying at Fairmont St Andrews on Tuesday.

“You always feel like you could be a couple better coming in but I shot two-under, posted a decent number and we’ll go at it again tomorrow.”

Power might’ve been the local hero but Murphy had no shortage of support making the trip up from Kinsale, so much so he had a hard time staying in his bubble to ensure his focus remained on the job.

“You almost feel a bit strange having to put yourself in your little circle because you don’t want to be putting your head up the whole time talking to everyone,” he smiled.

“I guess you have to feel a bit guilty and put the head down and do your own thing sometimes but I had a lot of fun out there. A lot of family and friends up watching and that’s not something you get to do often as a professional golfer.”

If you thought the competition was fierce for Power and Murphy on the fairways, it was nothing compared to the heated FIFA battles raging off them in Casa del Power.

“We’d a couple of sketchy FIFA matches now last night alright,” said Power, before warning, “Don’t mention that to John now or he’ll start denying things. I handed him a couple of beatings– he’ll try and tell people he was beating me!”

For the record, Murphy confessed to a couple of losses but claims to have had the last laugh.

“He beat me a few times but I beat him the last time and he wasn’t too happy going to bed but I’m sure he’ll try to get me back later,” Murphy joked. 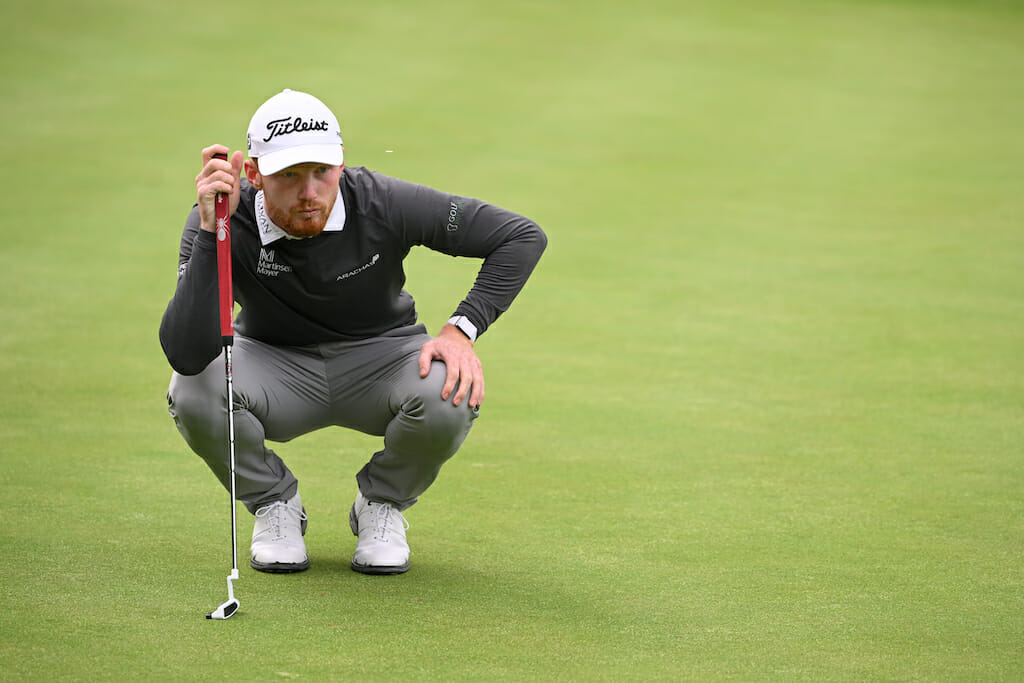 With an afternoon tee-time for the lads on Friday, Murphy’s now relying on Mark to turn tour guide and fill an otherwise empty morning before returning to action before what’s sure to be an even more boisterous crowd.

“Hopefully Mark has something planned for us to do around Kilkenny in the morning but I’m looking forward to getting out there again and playing more golf.”